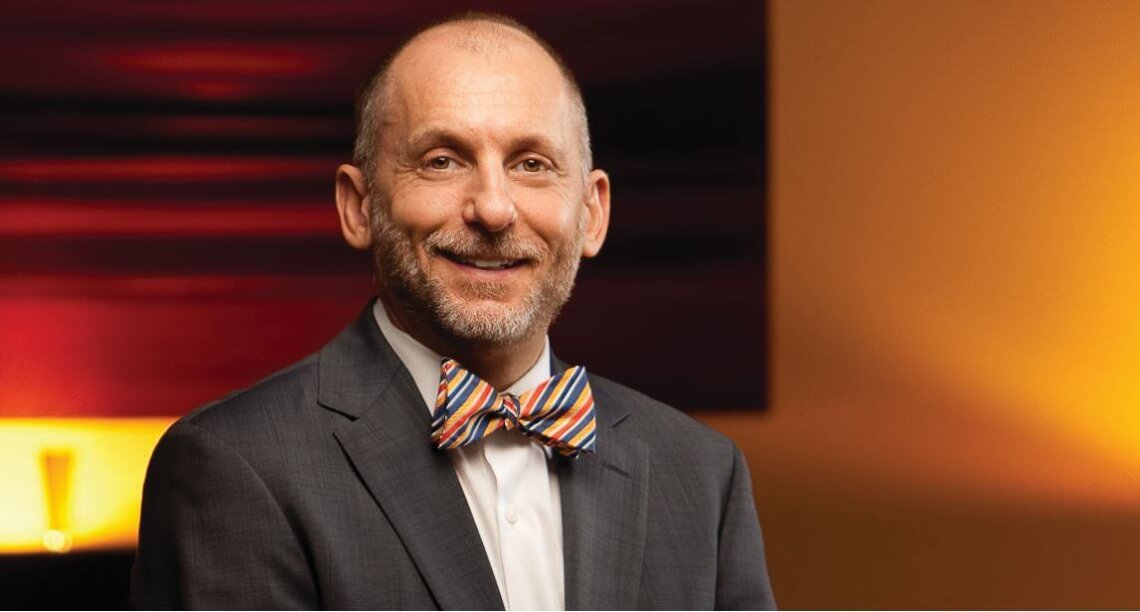 The variety of legal experiences that Kent Berk has had throughout his career has culminated in a practice that serves the very best of his legal abilities. He has also found satisfaction on the business front both with his law firm partner Frank Moskowitz and in his ownership of a sports related venture that challenges him.

Starting out in business school at ASU was an educational choice that has expanded itself in many ways. “In business school at ASU, I was studying finance,” Berk said. “I had to take a business law class as part of that program and I loved it and did really well.” He began to think more about his career choices. As the economy declined and the real estate market crashed in the late ‘80s, he decided to take on the challenge of law school.

“I just loved law school,” Berk said. “I really enjoyed it and I squeezed as much as I could out of it by participating in moot court, law review, writing articles and participating in the civil litigation clinic. I actually handled a trial, with the supervision of our professor/attorney, of a child custody case while I was in law school as part of that clinic.” Berk knew he had found his calling.

“I was the first in my family from either side to graduate from college, even going above and beyond in deciding to go to law school,” he noted. “I sort of found my own way and I figured it out pretty quick with the firm support and encouragement of my parents and my wife of almost 30 years.”

Although he doesn’t have any recollections of having a mentor during law school, there were others who were inspirational to Berk shortly thereafter. Post law school he did a judicial clerkship for district court judge, the Honorable Sherman G. Finesilver. “Afterward I joined O’Connor Cavanagh which was then the second largest firm in Arizona. I definitely had some important mentors there – most importantly, John Westover. He was instrumental, guiding me through some of the basic principles of really knowing the law and how to become a true professional in practicing law,” Berk explained. Through Westover, Berk learned to raise his own professionalism to a new level.

GETTING INTO THE SWING OF THINGS

When Berk met Frank Moskowitz, it was an early meeting of legal minds that eventually led to a fruitful business relationship. “Between the second and third years in law school, we were summer associates together at O’Connor Cavanagh,” Berk said. “We hung out a lot that summer. We were in different practice groups, but we got to know each other really well and kept in touch while he was at ASU and I was at Tulane in New Orleans. At the end of that summer, we were both offered positions to join O’Connor Cavanagh after law school. I did my clerkship and Moskowitz joined the firm right away.”

Once Berk finished his clerkship and joined O’Connor Cavanagh, he and Moskowitz practiced in the same area, leading to a “what if ” conversation about having their very own firm.

At O’Connor Cavanagh, Berk practiced civil litigation with a variety of insurance defense, homeowner’s association representation, real estate litigation and commercial matters. “Because of the experience I had from law school and my clerkship and my go getter attitude, I was given a lot of responsibility for a young associate. I handled some of my own bench trials – a commercial litigation breach of contract case between two brothers, several homeowner’s association preliminary injunction hearings and mini trials. It was great to able to get that kind of experience there,” stated the attorney.

After three years with the firm, Berk left to start his own practice. “I rented an executive suite the size of a closet just to keep the overhead costs low,” Berk laughed. “Fortunately things grew quickly and it got to the point where Frank and I finally decided to start our own firm. That was over 15 years ago.”

A CONVERSATION COMES TO FRUITION

Probate, trust and estate litigation sparked Berk’s interest about 10 years ago. “I started focusing heavily on that because I love the issues and I love helping people out of very difficult and emotionally- charged situations,” he said. “I take bad situations and make them better and there really is no greater satisfaction for me than doing that. I don’t wish problems or misfortunes on anybody, but when that happens, I hope that they’ll find me because I take great pride in making bad situations better.”

“Over the years, the diversity of my practice, handling personal injury, insurance, bad faith and coverage litigation, insurance defense, business and contract disputes and real estate litigation … all of those areas come in to play in many probate cases. That depth of experience, as well as my trial experience, is very important in probate litigation.”

A PERSONAL & CHARITABLE CAUSE

Berk is also involved in a charitable endeavor that is near and dear to his heart. “My brother has some learning differences. When he was growing up, my mother couldn’t find any religious organizations where he could be included, so in 1985 my mother co-founded the Council for Jews with Special Needs,” Berk said.

“I and the rest of my family have been very involved. I was the president, on the board of directors, served on various committees and facilitated the early development of their group homes.” The organization has grown to now have two group homes to serve others with learning differences.

Berk is also the co-owner, with his mother and brother, of AZ on the Rocks Indoor Climbing, Arizona’s largest indoor climbing gym. About 13 years ago, Berk’s wife decided she wanted to work outside the house. And since his brother was between jobs, they began tossing around business ideas.

“Coincidentally, we went to a climbing gym in Flagstaff and loved it,” Berk said. “It’s a great workout and it’s mentally distracting from the stress of practicing law. Next thing I knew, we had a business plan and found a location in Scottsdale. We’ve had that business for more than 10 years.”

Since that visit to Flagstaff about 13 years ago, Berk has been personally climbing two or three days a week and finds it to be a great full-body workout and more mentally challenging than a treadmill. Berk also enjoys climbing outdoors and he singles out Jacks Canyon north of Payson and The Pit off Lake Mary Road in Flagstaff as favorite places to climb. Whether he’s in the courtroom or on the rocks, Berk is intensely focused in everything he does.

When asked why he loves being an attorney, Berk singled out three reasons. “I love to help people make their bad situations better. I really enjoy the problem-solving aspect; every day it’s something new – solving a new problem or coming up with a new strategy to help my clients. And third, I’m ultra competitive. I love to win and hate to lose. I think being a litigator feeds my competitive nature.”