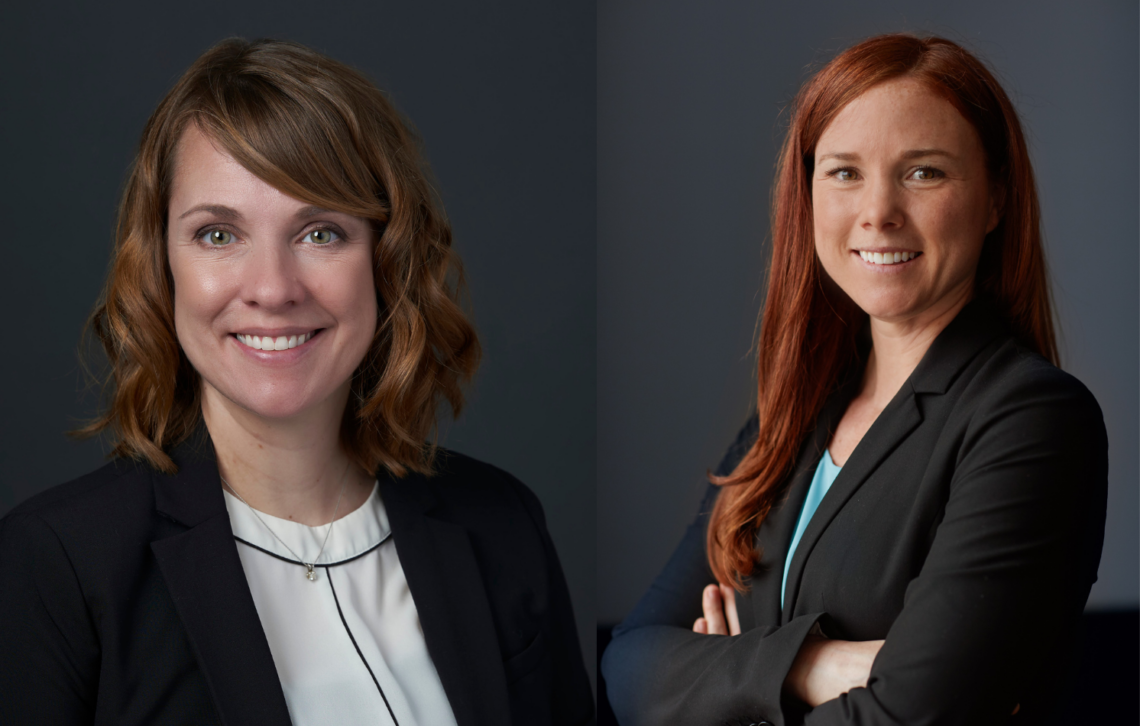 From its founding in 2004, Eckland & Blando has earned national acclaim for its representation of clients small and large in high-stakes contract disputes – especially claims against government entities. In the years since, the firm has expanded in size, practice areas and locations to include a diverse team of attorneys practicing across the country in high-stakes commercial litigation, maritime law, factoring transactions and disputes, international trade, administrative law, transactional matters, and employment law. The women lawyers at Eckland & Blando are paving the way for this growth with expanding practices in new regions of the country.

Lara R. Sandberg joined Eckland & Blando in 2015. With more than 10 years of experience in complex settlements and commercial litigation, she focuses her practice on litigating and negotiating settlement recoveries for property owners damaged by the actions of the U.S. Government. Sandberg recently became a partner and launched the firm’s Washington, D.C./Virginia office.

Kristin K. Robbins moved to Eckland & Blando as a lateral partner in June of this year. She brings 15 years of experience to a practice centered on maritime and commercial litigation and arbitration. Robbins is licensed to practice law in Louisiana, New York, New Jersey and Nebraska. She lives in New Orleans and opened the firm’s new office there this year.

Both Sandberg and Robbins have big-firm backgrounds, and both say they appreciate working at a firm that gives them the freedom to develop their individual practices on terms that fit holistically with other aspects of their lives.

For Sandberg, that has meant receiving the support to grow her practice while also having the flexibility to adapt with changing family circumstances. She originally joined the firm after relocating to Minnesota from Virginia so her husband could complete his residency. Four years ago, Sandberg and her family moved back to Virginia, and she began working four days a week in order to balance caring for her two small children. In August, she resumed work full time as a partner, while also establishing the firm’s new D.C. area office.

Sandberg says her experience at Eckland & Blando contrasts sharply with her former post at a large firm. “One of the reasons Eckland & Blando is so wonderful to work with is that they bring in incredibly smart, talented people, provide them the framework and support they need to develop their practices and skills, but also give them ample space to develop their own clients and interests. I think that flexibility demonstrates their recognition that people are better workers when they have room to flourish.”

During her eight years with the firm, Sandberg has played a key role in securing more than a half billion dollars in damages against the federal government for property owners under the Tucker Act and Section 515 of the Housing Act of 1949. “That work continues today,” she says, “and as this large settlement winds down over the next few years, I’m looking forward to expanding our government contract practice in new directions.”

The fact that Robbins has a 2 ½ year old and a baby on the way has been no deterrent to her opportunities at the firm. She was recruited to Eckland & Blando by law school classmate Samuel P. Blatchley, also a maritime lawyer, who recently opened the firm’s Boston location.

“Maritime law has few hubs across the U.S. for the work we do: New York, Boston, Virginia, Long Beach — and New Orleans, where I’ve practiced for most of my career representing ship owners and platform owners and operators here in the Gulf. I’ve always practiced in a large firm setting, and now I’m the only attorney in our office here in New Orleans. I like having more independence with client development and my own cases, and more flexibility outside the traditional, corporate firm structure. Sam, Mark (Blando), Dan (Cragg) and I cooked up the idea together for a big admiralty practice here in New Orleans. It’s a great opportunity for the firm to have a more national presence.”

Prioritizing mentorship is one of the values that binds Robbins with her colleagues at Eckland & Blando. “One of the obstacles I experienced earlier in my career was a lack of mentorship, and then an amazing woman attorney changed my outlook on my practice, making it less of a struggle and so much more enjoyable. I see our shared philosophy about mentorship here. I’m particularly passionate about mentoring young attorneys, and I like that there’s a lot of discussion and interaction with junior attorneys about what we’re doing and why.”

Robbins’ story demonstrates the importance of having women lawyers working in traditionally male-dominated industries. “On my side of the practice, I’ve seen the number of women in leadership roles among insurance carriers increase over the last five years. They expect to see that with the counsel who represents them too. There’s a push to be more relatable with clients and connect on a personal level.”

“I think it’s a really exciting time to be an attorney,” Robbins adds. “We are seeing rapid and dynamic shifts in the power structure of larger corporate firms, and it trickles down to smaller firms like ours. I think firms are realizing that women have been overlooked in the legal industry, and that they have been leaving a lot of talent on the table. It’s satisfying to see my female colleagues in the maritime industry and at this firm who are doing work they are passionate about with real opportunities to advance.”

Sandberg is equally exuberant about the future. “Our new D.C, Boston and New Orleans offices are an exciting part of our firm’s expansion. We now have attorneys licensed in 12 states who are representing our clients’ interests in state and federal courts across the country. Our national reputation is continuing to grow, but we have worked hard to maintain the personal client service we are known for.”