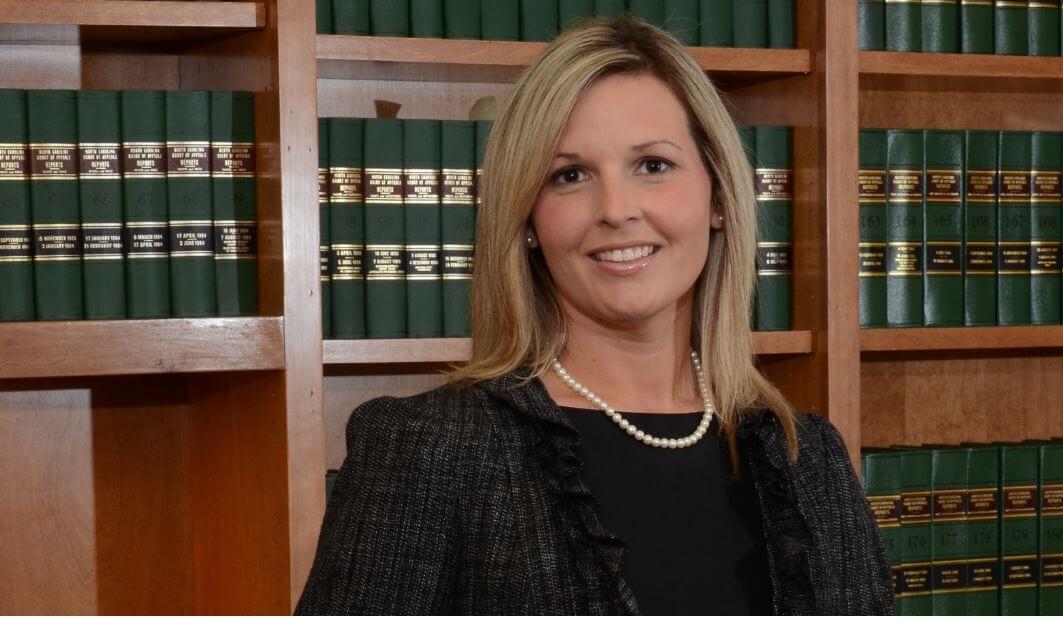 “I like to be able to humanize my clients for the court,” she said. “There is a reason that they are in the situation where they are charged with a crime. One of the things I learned very quickly in the defense world is that it’s not about win or lose; it’s about making sure that your client gets the best advice, they fully understand the process and are given a voice.

“I’ve always been good at arguing … that is advocating for my position or my point,” Spain continued. “When I was younger, my grandmother always told me I was going to be a lawyer. I thought about medical school, but I hate the sight of blood.”

The Benson, North Carolina native attended Clemson University where she earned a bachelor’s degree in English. She earned her Juris Doctor from UNC School of Law. During her third year of law school, she represented juvenile clients in the Juvenile Justice Clinic and returned to teach as an adjunct professor in 2013; it was during this time that she developed a passion for helping young defendants.

“Juveniles don’t have a voice,” she said. “They’re young; they don’t know how to express themselves eloquently. They don’t know how to formulate things, to say how they feel, what they want to happen. The juvenile is standing in court hearing all of these people say negative things about them. They’re not doing well in school; they’re not paying attention at home; they’re using drugs; … and they rarely hear anything positive said about them. What I think the role of counsel is not only to advocate for the client’s wishes, but also to say positive things about the juvenile not only for the court’s benefi but for the client’s as well.”

The Neon Lights are Bright

Spain competes in mixed doubles tennis, but not with her husband. “We self destruct when we play each other,” she said. Spain and her tennis partner were ranked in the Top 50 in USTA mixed doubles tournaments in South Carolina.

Growing up, she competed in statewide piano competitions. “I love music from the Romantic period like Beethoven or Rachmaninoff. It’s passionate and full of emotion,” she said. “My dream job would be playing piano on Broadway in the orchestra for ‘The Phantom of the Opera.’ It’s my favorite musical of all time.”

“Music is a stress reliever for me so when I have a really bad day to the point I can’t verbalize for my husband how bad it was, I’ll sit down at the piano and play,” she said. “It’s amazing how it can do wonders for you. I didn’t want to lose that aspect of enjoyment if I turned it into a career.

“I believe that my competitive nature manifests itself in the courtroom because I always fight to get the best possible outcome for my client whether it be with a DA, a judge or a jury,” Spain said.

“Many of my clients have gone their entire lives without having someone say something positive about them or without having the ability or means to have their voices heard,” she continued. “The best gift I get from my work is when I see the first genuine smile from my client and know that I’ve made some positive difference in their life.”