Louis Meisinger: In His Court 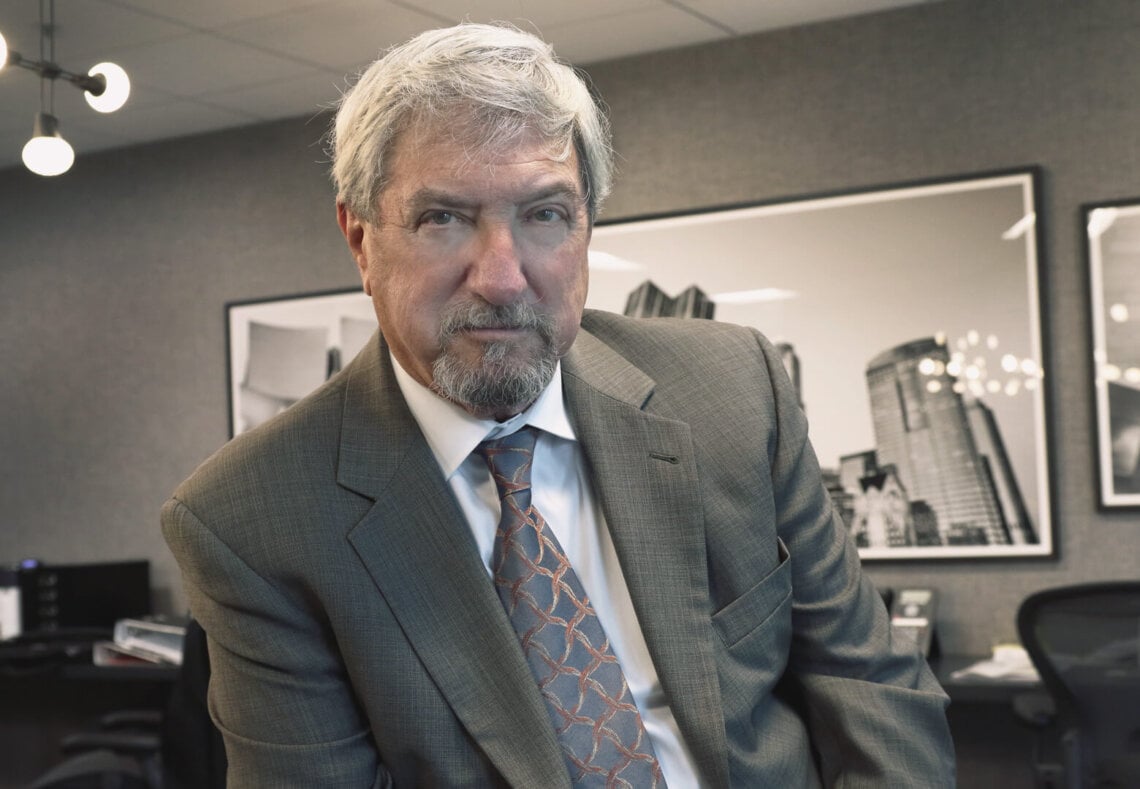 Hon. Louis Meisinger’s (Ret.) journey to the courthouse— and back again—is what some might describe as fortuitous. A career-changing phone call here, a judicial appointment there, a prime consultancy opening at just the right time. And in between: A lot of hard work.

A neutral at Signature Resolution, an alternative dispute resolution firm staffed with an elite circle of mediators and arbitrators that formed in 2017, “retired” is part of Meisinger’s title, but slowing down isn’t on the docket. He serves as a neutral for some of the highest profile cases in the country, all while mentoring the next generation of attorneys in the intricacies of taking a case before jurists just like him.

Meisinger didn’t plan for a career in law in his early days. With no particular area of interest in high school and an undergrad major of questionable practicality, law was what he called a “default option.”

“I was a Spanish major in college. When I got to be a junior, I started thinking seriously about what I was going to do after graduation,” Meisinger says. “Someone suggested law, and I went with that.”

With an interest in the entertainment industry, Meisinger took a clerkship at an entertainment law firm in his second year of law school and joined the firm after graduation. But six months after he joined the firm, it dissolved, and the partners went their separate ways.

Teaming with one of the partners, his practice took a different turn. For the next seven years he was a trial lawyer doing business work. In 1975, Meisinger and three friends formed their own law firm where Meisinger continued his focus on corporate and commercial litigation.

“A friend of mine who had become general counsel for Columbia Pictures asked me if I would represent the company in a case,” he says. “And I said, ‘of course!’”

This reintroduction to entertainment law served as a catalyst for a burgeoning practice. The firm represented institutional clients—all the major studios and major television networks, as well as finance companies and independent production companies—for both litigation and transactional work. The entertainment business became a “good chunk” of the firm’s work.

We carved out a niche for ourselves and grew it into quite a large business.”

“We made a strategic decision to take only institutional clients, and not the talent side,” Meisinger says of the firm, which eventually grew to about 150 attorneys. “We carved out a niche for ourselves and grew it into quite a large business.”

But every good story has an ending, and for Meisinger and his firm, that came in 1998, when The Walt Disney Co. invited him to become executive vice president and general counsel.

“It was truly one of the premium general counsel positions in the country,” he said. “Excluding insurance companies, Disney was one of the top 15 largest law departments in the country, and it had lawyers located throughout the world. It was an extraordinary job.

“One of the things most interesting about the job was that in addition to the international scope, I also had the opportunity to testify before regulators, including the European Union Antitrust Commission and the Congressional Committee on antitrust and intellectual property issues,” he says. “That’s something that a normal legal career doesn’t typically encompass, and that’s why I was so drawn to it.”

He testified about copyright and antitrust issues, including the EU’s examination of a proposed merger between two companies that competed with Disney. Meisinger and his team weighed in against the merger, which was eventually not approved.

Meisinger spent five years with Disney before embarking on another adventure, this time as a senior advisor, aka consultant, with Sheppard Mullin under a five-year agreement. The firm was looking to form an entertainment law practice and hired him and two of his former partners to create and build the business. While at Sheppard Mullin, Meisinger was also responsible for forming the firm’s Hispanic Business Group – harkening back to Meisinger’s college major.

“I think by the time we left, we had about 50 lawyers in the entertainment practice, including lawyers performing both transactional and litigation work,” he says.

All the while Meisinger was consulting, he was also moonlighting.

“At the same time I was with Sheppard Mullin, I worked as a private mediator,” he says.

Working on a three-member arbitration panel, one of the members, a retired judge, asked him if he would consider a career on the bench. Meisinger, already 65, shared his background with the judge, and, at the judge’s urging, submitted his application.

Within the year, he was appointed by Gov. Arnold Schwarzenegger and served on the bench for six years.

Meisinger muses about his career to that point, which took him from a private law firm, to a large public company, back in a law firm and finally to the judiciary.

“As a former trial lawyer myself, you never know exactly how judges think, and by developing relationships and friendships with judges you get to see how they do things—how they prefer to see lawyers act in the courtroom and outside the courtroom.”

It’s knowledge he shares with law firms and attorney groups in a presentation called, “From the Bar to the Bench and Back.”

“I talk about how as a trial lawyer I would try my cases try my cases differently now that I’ve seen what the judges’ perspective is,” he explains.

Meisinger reflects on his time on the bench as an opportunity for public service and to build friendships, which he has to this day. Several of his former bench colleagues, namely retired judges Michael Latin, Enrique Romero, James Steele and Richard A. Stone, started Signature Resolution, which employs neutrals as mediators, arbitrators, court-appointed referees and as assigned judges.

“Mediation is rewarding. It puts you in a unique position serving in various roles, as a judge, a conciliator and as a therapist” he says. “A lot of mediation success depends on relationship building.

“Mediation requires a combination of skills,” he adds. “You have to be knowledgeable about the merits of a case, you have to be a pragmatist, you have to know what is theoretical and what’s doable, and you have to be someone who can instill confidence in the lawyers and their clients.”

At Signature, Meisinger mediates, arbitrates, referees and presides as an assigned judge. His cases include mass tort cases, which can include defective products as well as natural and human disasters. He also handles general commercial and business cases, including disputes among businesses and companies over anti-trust, real estate, intellectual property and securities issues, with an emphasis on class action work. He works extensively in the entertainment field on cases involving copyrights, trademarks financing issues and business deals that have gone awry. And he applies his two-year experience as a family court judge to handle some of the biggest divorce cases in the country.

“It’s difficult, but it’s incredibly rewarding work,” says Meisinger, who has been married to his wife, Sue, for 52 years and has three daughters and five grandchildren.

Meisinger believes the firm is in a fortunate position, as the workload is unlikely to ease up.

“Mediation has grown exponentially because the courts are overwhelmed,” he explains. “There’s a niche for alternative dispute resolution companies to take the load off the courts by having the mediators settle the cases and reduce the courts’ workload.”

Hence the advent of Signature Resolution, of which Meisinger was one of the founders.

“It’s wonderful,” he says of the company, which is soon to announce plans for extensive growth. “We feel like we’ve created something different.”

Located in the US Bank building, the office aims to provide every amenity— from a concierge service, to food to lounges—to take some of the stress out of the process.

More importantly, he says, all of Signature’s panelists have had distinguished careers as lawyers and judges.

“The quality of our team is unrivaled,” Meisinger says. “We’ve tried to create an environment where people feel they are well served not only in the quality of the professional services they receive, but also the ancillary services we provide in terms of the ambiance.”

Meisigner says it’s a tremendous feeling to know he has helped parties that were at loggerheads resolve their issues in the most pleasant way possible under the circumstances.

“Litigation is taxing on the wallet and on emotions,” he explains. “With ADR, a successful settlement saves the parties the emotional cost, as well as considerable time and expense. And it’s a valuable service for the court system because you’ve reduced pressure and burden on the judges, whose calendars are reaching the point of unmanageability.

“While the work is relentless, the psychic and personal rewards of being a private judge more than compensate.”