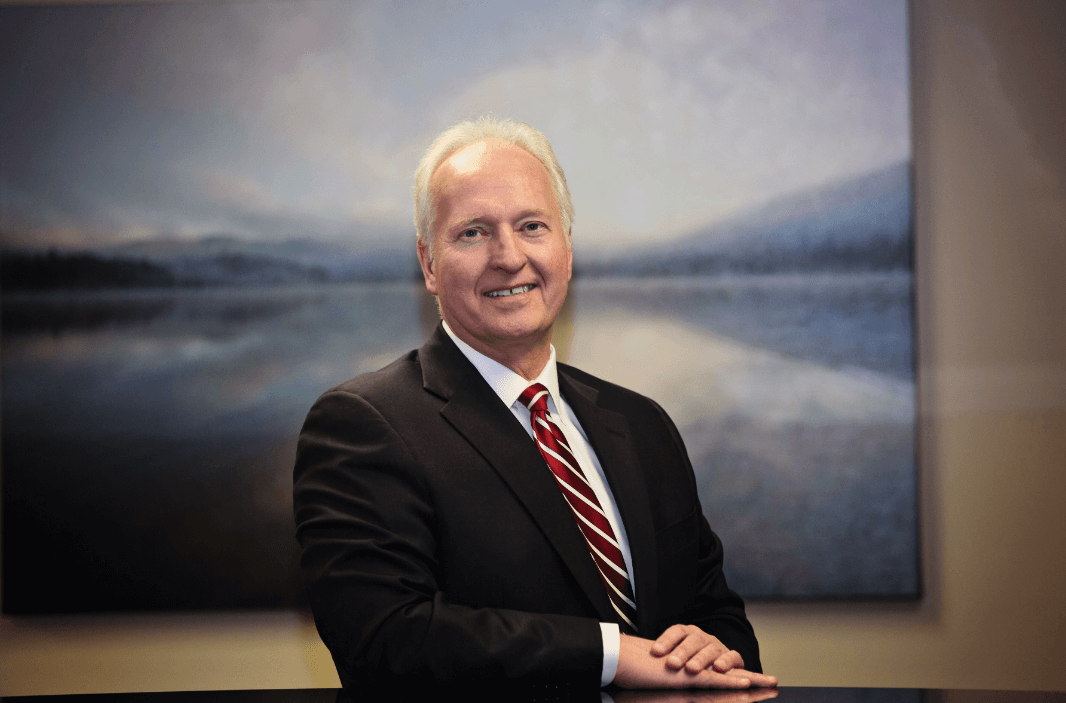 With more than 30 years of experience representing injured people, veteran trial lawyer Mark W. Malzahn demonstrates that winning in the courtroom takes a hearty combination of passion, courage and trust.

Malzahn has followed his passion in the law to become a civil trial specialist certified by the Minnesota State Bar Association, a distinction conveyed upon fewer than 3 percent of Minnesota attorneys. He is a panel arbitrator with the American Arbitration Association, a former neutral mediator certified by the Minnesota Supreme Court, and volunteers as a district ethics investigator. He has also been recognized as a Minnesota Super Lawyer for the past nine consecutive years.

Following graduation from high school in Osseo, Minnesota, Malzahn earned his bachelor’s degree in criminal justice from St. Cloud State University. Having grown up as a fan of television shows featuring rugged private investigators, he seized his chance to work for the legendary Pinkerton’s National Detective Agency upon graduation from college. He soon found, however, that staying up all night sitting in a car keeping watch on a subject was “the least glamorous job a fella could have.” It also did not pay wages suficient to provide for a family.

At this pivotal crossroads, Malzahn remembered that while he was in high school, his father had brought home a newspaper article highlighting the opening of the new Hamline University School of Law. “My dad said, ‘Look at this. There’s a new law school in St. Paul if you decide you eventually want to become a lawyer.’ I think maybe that planted a seed.”

Malzahn applied and was accepted to Hamline University, and in his second year of law school, he and his wife welcomed the first of their three children. After graduation, Malzahn could have worked for a downtown firm, but he didn’t want to put in the vast number of hours expected of a young associate and miss precious time with his family. Having lived on a shoestring during law school, he decided to sacrifice a little longer while he built a solo practice.

Fate favored Malzahn’s courage. He office-shared with three experienced lawyers who were also willing to feed him cases. On his first day in business, he sat in his office waiting for the phone to ring. On his second day, opportunity called. “A lawyer I had clerked for in law school called me with a case. I had to hurry and get admitted to practice in federal court, and then I had to learn the law to preserve an issue for appeal. Within one year of starting my practice, I was in St. Louis arguing before the Eighth Circuit Court of Appeals.”

Around the same time, he received another referral that took him to trial defending a young woman against criminal DWI charges. Although he had the case barely 24 hours before trial, she insisted that she was innocent and demanded her day in court. Malzahn tried the case before a jury and won.

It became pretty clear that Malzahn had a knack for prevailing in the courtroom, and he spent the next two years trying criminal cases as a municipal prosecutor in Anoka County. At this time, a family member was critically injured in an auto accident, and Malzahn found his true calling as an advocate for injured people. “Since then, I’ve been doing nothing but injury cases,” he said, “and they’ve been dear to my heart. I think it makes a difference to practice where your heart is. Mine is in taking care of people who need help.”

Malzahn has duly earned his reputation as a zealous advocate who champions the cause of injured people with Thery resolve. “I was never afraid to go to court,” he said. “I guess I was always kind of stubborn. I’d rather hear what’s fair from seven citizens in the community than from the mouth of an insurance company.”

Although he has successfully faced down Goliath-sized insurers and giant companies like McDonald’s and Walmart, Malzahn keeps his practice small by design. He describes himself as a hands-on attorney who prefers to maintain personal contact with the people he represents. “Larger firms can sometimes lose that personal touch, and attorneys don’t have a true understanding of how a person’s injuries are affecting them. There have been so many wonderful things I’ve seen and experienced with people as I’ve been there with them when the chips were down.”

Operating with a small and caring staff selected, in part, for their ability to challenge his perspective and keep him on his toes, Malzahn has the courage to stand with his clients when things get tough, and he earns their trust with his straightforward style of lawyering. “People are putting their lives in your hands. When you’re making a recommendation about their case, you don’t want them to flinch. A lot of lawyers talk about controlling clients, but I don’t control them. A better word is trust. Anybody can learn the law. It’s the intangibles that win the day.”

Malzahn takes the long view when it comes to doing right by the people he represents. “It’s important to me that when a case is over, six months or a year down the road, my clients think good, happy thoughts about me when they hear my name. That’s what drives me in every single thing we do in this office.”

This many years into his practice, Malzahn remains inspired by his role of standing up for injured people. He said, “If you don’t feel strongly about your client and have a passion for their cause, you won’t be a very good attorney, and you won’t be fooling those seven people on the jury. They’ll see right through you. I enjoy what I do because it’s important to me. I love fighting for the little guy or somebody who’s down on their luck at a time when they need somebody to be their champion.”