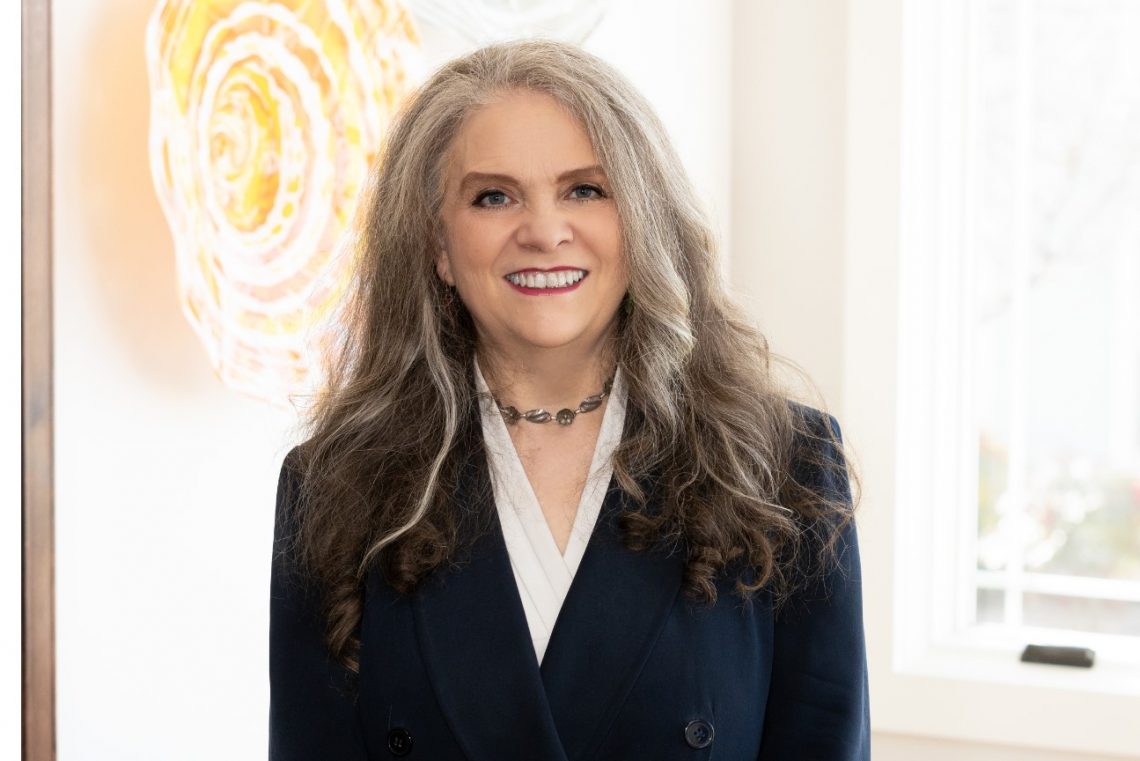 Martha Geer swings her fire engine red 2020 2.3L Mustang convertible into the parking lot at the Georgia-style house where Whitfield Bryson’s offices are located near NC State. She pops out of the car with her long white-streaked hair blowing in the wind in a style that is best described as Janis Joplin-esque. With a direct, rapid-fire speaking style, Marty Geer is not your father’s class action lawyer…. And that’s a good thing.

“Judges have been pointing to the lack of diversity in leadership as a major issue in multidistrict litigation – very few women, very few African Americans, and very few Asian-Americans,” said Geer. “Judges are complaining about the same old, same old people moving for appointment. That presents opportunities for me and for my colleagues with significant class action litigation experience like Harper Segui in our South Carolina office who was recently appointed co-lead counsel in the Blackbaud MDL.”

Martha Geer was born in the tiny Western Massachusetts town of Sheffield. She came from a family of ministers and teachers. Her father was a high school math teacher and coach, and her mother was a special ed teacher.

Geer grew up during the civil rights era. “The civil rights movement was important to my parents. It was certainly a part of the values I was brought up with,” she said.

Geer decided the best avenue for “making a difference” was as a lawyer. She attended UNC School of Law, where she was a Morehead fellow and served as managing editor of the North Carolina Law Review. She was the first lawyer in her family.

UNC Law Professor Bill Aycock advised Geer, “Go to New York to learn your trade and then come back down to North Carolina where you belong.” So, after graduation, she went to New York for three years to get her ticket stamped at venerable Paul Weiss, an international firm that handles litigation and corporate law.

Geer then returned to North Carolina, where she built a complex civil litigation practice that included, among other cases, civil rights and employment litigation, consumer protection cases, excessive force cases, and corporate litigation.

In 2002, Geer was elected to be a judge on the NC Court of Appeals. Eight years later, she was re-elected by a 20-point margin with bipartisan support. During her tenure on the court, Geer heard more than 3,800 appeals, authored more than 1,350 opinions, and had her opinions reversed less than 2% of the time. She found that her complex litigation experience proved invaluable on the bench.

“I think I was able to make a difference on the court because I was able to say, ‘This is how discovery in complex litigation actually works in the real world and these are the practical ramifications of this decision for future cases,’” said Geer.

Geer missed being a litigator, and she left the bench in 2016 to found the NC office of a national plaintiffs’ class action firm, Cohen Milstein Sellers & Toll.

Raleigh-based Whitfield Bryson, which also has offices in South Carolina, Kentucky, Tennessee, and California, has developed a well-respected consumer protection class action and mass tort practice, handling cases not only across North Carolina, but also nationwide and internationally.

Managing partner Dan Bryson wanted to continue to expand the firm’s nationwide influence in the consumer protection arena and build on its existing leadership experience in national multidistrict litigation (MDLs).

“The benefit for the firm of having its attorneys appointed to leadership positions in MDLs is that it allows the firm to have more substantial influence over how the litigation progresses,” explained Geer.

Geer, who joined the firm in 2019, was a perfect fit. With more than 20 years of complex civil litigation experience and another 13 years as an appellate court judge, she brought a unique skillset likely to be valued by judges appointing lead counsel in major class actions.

“It’s important to know who you’re writing for. It’s a mindset. After having read literally thousands of briefs and talked with judicial colleagues about more than 3,000 appeals, I’ve got a better sense of what a judge actually wants and needs in a brief or oral argument and what will just make the judge’s job more difficult or waste their time,” said Geer.

“On the other hand, I also understand the practicalities of litigation from the trial or appellate lawyer’s perspective. When acting as lead counsel, I can make sure the judge gets what they need while also ensuring the class has an effective voice.”

“We are so proud to have Marty working with the firm,” commented Dan Bryson. “Not only has she quickly established herself with several leadership appointments in nationally significant cases, but she is an invaluable resource in reviewing and editing the numerous briefs and motions that get filed on a weekly basis.”

“She is such a joy to practice with,” Bryson added.

‘A Perception of Safety’

The cases are alleging false advertising because the booster seats do not provide the level of safety the companies have advertised on their packaging and in nationwide campaigns promoting the seats’ safety.

“Evenflo has admitted they wanted to simply create the perception of safety rather than the reality,” explained Geer. “They knew that if you went into one of the big box stores, you would see their booster seats sitting on the shelf. With the pictures on the box, parents would think, ‘oh, that’s gotta be safer because it has these wings on the sides of the seat.’ Evenflo simply designed the booster seats to look like they provided more safety, especially in side-impact collisions, but they didn’t bother to tell parents that their own testing showed the wings didn’t do anything to keep their children safe.”

Instead, according to the MDL filings, children who rode in the booster seats were at risk of being killed or paralyzed in what’s called an ‘internal decapitation’ in side-impact collisions, especially if they weighed between 30 and 40 pounds.

“The companies are making money off lying to parents about an issue that is the most important thing in the parent’s lives – the safety of their children,” said Geer. The firm has also filed suit against two other leading booster seat manufacturers, with Geer leading the litigation.

Geer is also taking a leading role in other Whitfield Bryson national consumer protection class action work focusing on false advertising cases, including an MDL involving All-Clad Cookware, which, when cleaned in a dishwasher as recommended by the manufacturer, ends up with razor-sharp edges. She leads the firm’s dietary supplement litigation, including for example, class actions involving brain supplements and elderberry products.

With respect to supplements, Geer explains: “This stuff is not cheap. Some supplements cost $60 a bottle. You have people on fixed incomes who are buying these products believing they’re going to make a difference in their health and day-to-day functioning, maybe even allow them to stop taking their medication. but the supplements can’t.”

As for elderberry products, “the companies tell consumers that elderberry increases your immunity. So, obviously, in COVID times, you have lots of consumers believing elderberry may protect them from COVID, a claim that the company, of course, can’t legally make,” said Geer.

The combination will create opportunities for Geer and Whitfield Bryson to expand further their national and international litigation on behalf of consumers.

“I think the advantage of the merger for the firm when seeking future leadership positions is that the judge will be able to see that we have very substantial resources and experience behind us,” said Geer.

Geer encourages other North Carolina attorneys to keep an eye open for potential consumer protection class actions. “There’s a lot of class action litigation that North Carolina lawyers can handle without having to go nationwide if they don’t want to – cases that never go to an MDL and stay in North Carolina.”

“I’ve talked to a number of lawyers who’ve called us just for advice or to co-counsel,” said Geer. “And thanks to the merger, we have even more manpower to handle additional cases. We’re always happy to join forces.”