Michelle Sheehan: Tailor Made For The Bench 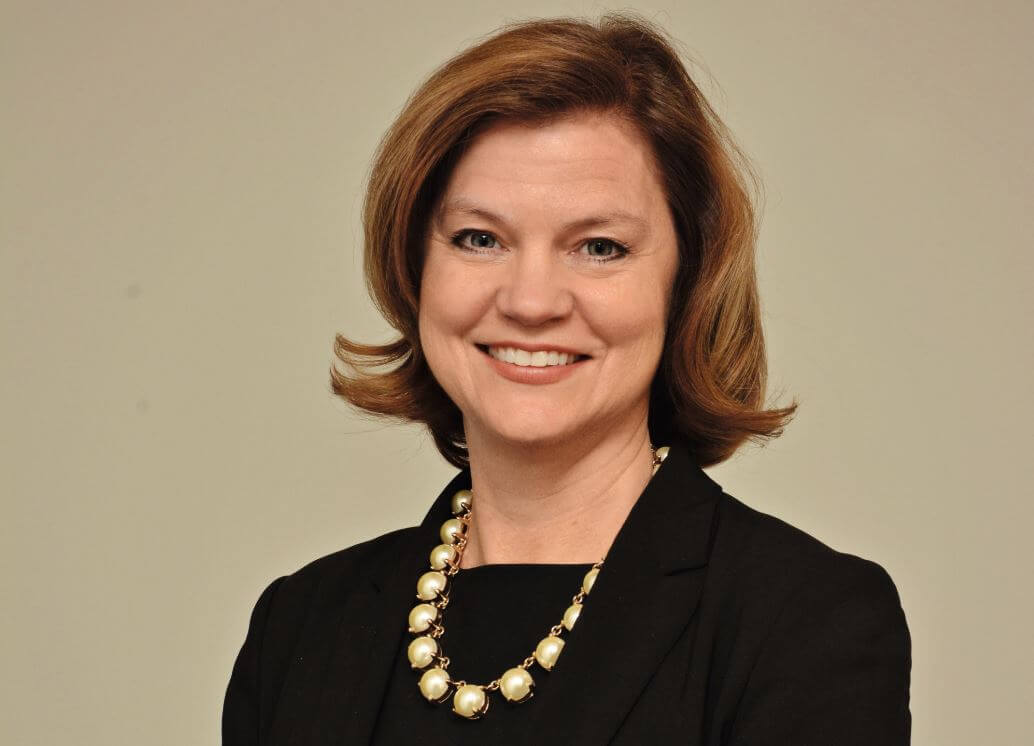 “I enjoy solving problems,” says Michelle Sheehan, a Reminger shareholder, and judicial candidate for the Eighth District Court of Appeals. “I love creatively coming up with solutions. Really that is what drew me to the practice of law in the first place; thinking outside the box and providing solutions that make sense, are effective and efficient.”

Coincidentally these same skills are ideally suited to the role of an appellate judge, yet it wasn’t until recently that Sheehan decided to toss her hat in the ring.

“I never planned to run for a judgeship,” she says. “I just wanted to do good work and help people. But, after 25 years of practicing law, I view this as an opportunity to further help our community and bring a practitioner’s perspective to the bench.” Sheehan recently received the Cuyahoga County Democratic Party Endorsement for her candidacy for Eighth District Court of Appeals Judge. The primary will be in May, followed by the general election in November.

Sheehan is not a newcomer to the world of politics. Her political savvy and seemingly innate comprehension of its complexities and potential pitfalls, has made her a popular choice as campaign manager for many aspiring candidates. Befittingly, her baptism into politics came when she managed her husband’s campaign for of-fice in 2008. Today, Brendan Sheehan has been on the bench of the Cuyahoga County Court of Common Pleas for nearly a decade.

“It’s a little bit different being the candidate than just running the campaign,” she says, “but that’s another passion that my husband and I share and love. We’re both interested in getting good people elected. We both feel strongly about giving back to our community and doing what we can to help.”

“Giving back” and serving the community have always been Sheehan’s focus. She began her career at Reminger working as a full-time law clerk while still in law school. Hired as an associate once she passed the bar, she became a shareholder in 1999. Today, she plays an integral role leading various practice groups and is one of the originators of Reminger’s proactive Women’s Leadership Council.

“When I began law school it wasn’t my intent to go right into a firm, but Reminger offered a wonderful opportunity to learn, grow, and receive invaluable mentoring” she says. “Now, the firm is incredibly supportive as I take this important next step.”

Although its 12-judge court reflects a diverse mix of life experiences and backgrounds, if elected, Sheehan would be one of the few civil practitioners to serve on the Eighth District Court of Appeals.

“That’s important,” she says. “Many people don’t understand that the court of appeals is essentially the court of last resort in most cases. You don’t have an automatic right to appeal to the Ohio Supreme Court. In fact, the Ohio Supreme Court only accepts a small percentage of cases. The court of appeals is the last opportunity for a litigant to have three judges review a case and objectively apply the law to the facts of the case. It’s important to have varied perspectives.”

Uniquely qualified for this judicial role, Sheehan’s career is as diverse as it is extensive. As one of the first female attorneys at Reminger to be hired after serving as a law clerk, her litigation practice includes an array of legal issues including government liability, employment law, Section 1983 actions and First Amendment issues. In addition to handling civil jury trials in state and federal court, she is certified as an appellate law specialist by the Ohio State Bar Association (one of only 28) and routinely argues cases before the state and federal appellate benches. Sheehan is also an influential leader in her firm’s appellate advocacy, insurance coverage, and retail and hospitality practice groups.

“I believe my skill set is perfect for the court of appeals,” she says. “I have 25 years of intensive experience in research, writing and analysis. I have litigated cases in the trial courts and throughout the subsequent appellate process. I have argued multiple cases before the Ohio Supreme Court, before the Sixth Circuit Court of Appeals and before almost every court of appeals in the state of Ohio.”

But fighting in court isn’t the only thing Sheehan is good at. She spends a considerable amount of time helping parties resolve disputes outside of court. Her empathy, patience, listening skills, and ability to effectively communicate have made her a sought-after mediator. She also serves as chair of Reminger’s alternative dispute resolution practice group.

Her extensive pro bono work is one of her not-so-secret passions. “At any given time, I’ll have multiple pro bono cases on my docket. This includes everything from expungements, to helping victims who have been stalked or individuals that were falsely accused but could not afford to defend themselves” says Sheehan.

“I’ve seen individuals get trapped in the legal system and that’s a huge impetus for why I try to give back in this way. I think it’s a testament to Reminger too, that they not only allow us to take on these pro bono cases, but actually encourage and support us in doing so.”

With more energy than sometimes seems humanly possible, Sheehan is always seeking innovative ways to contribute. One of her more notable projects began with her involvement with El Barrio Workforce Development Center.

“I am really passionate about, I mean I love helping people get jobs,” she says, her smile matching the enthusiasm in her voice. “I truly believe in the old adage, ‘give a man a fish and you feed him for a day, teach a man to fish and he eats for a lifetime. So, I got involved in this fantastic program. El Barrio trains individuals who are often re-entering the workforce. There was, however, one small problem. Once the individuals had been trained, they had to face the interview process. They weren’t prepared for this; it was completely foreign!

“So, we put together a program where once a month, El Barrio would bring candidates down to my firm and we would have volunteers from the business community and the legal profession conduct mock interviews,” she continues. “Following the interviews, we would provide feedback and help with their resumes. Then, when they went on an actual interview, they were polished, prepared and ultimately more successful.”

The program, “Mentor Mondays” has been a tremendous success and a true win-win proposition. Through this outreach, more individuals are finding jobs while those who volunteer are rewarded in that special way that can only be found through giving of oneself.

“I just loved this,” says Sheehan. “I had so much fun. It’s so much more rewarding when you can give back on a one-on-one level.”

Sheehan is a preeminent attorney with a full docket, a virtual full-time volunteer, and a leader of teams and committees at her firm. Sheehan is also, however, the mother of three.

“We have two daughters and a son,” she says with pride. “The oldest is 20, and she’s a sophomore in college, the other daughter is a senior in high school and our son is a freshman in high school.

“You know,” she continues thoughtfully, “money isn’t my motivator, it’s never been about the money for me. It’s just about doing a really good job, and I hope that is something I have instilled in my children.”

As any working mother knows, there are many challenges and the balancing act is ongoing.

“That’s another aspect of Reminger that is so wonderful,” says Sheehan. “The culture is that your priorities should be faith, family and firm. The reasoning is that, if you don’t have the first two priorities in order, then you can’t have the third in order. The firm was tremendously supportive when my kids were little, allowing me to work part time so that I could have a balanced work life. I just had a reduced docket. Without their support and flexibility, I don’t think I could have accomplished all that I have.”

It seems almost magical how Sheehan manages so many tasks so adroitly. Ian Friedman, the president of the Cleveland Metropolitan Bar Association, and someone who has been well-acquainted with Sheehan throughout her career, has a unique way of describing her ability to seemingly stretch the clock.

“Michelle has really accomplished something that is remarkable,” says Friedman. “She seems to have found a 25th hour in a 24-hour day. More importantly, you’ll not find a single person anywhere who has a single bad word to say about Michelle. She’s a tremendous lawyer who has the highest level of integrity.”