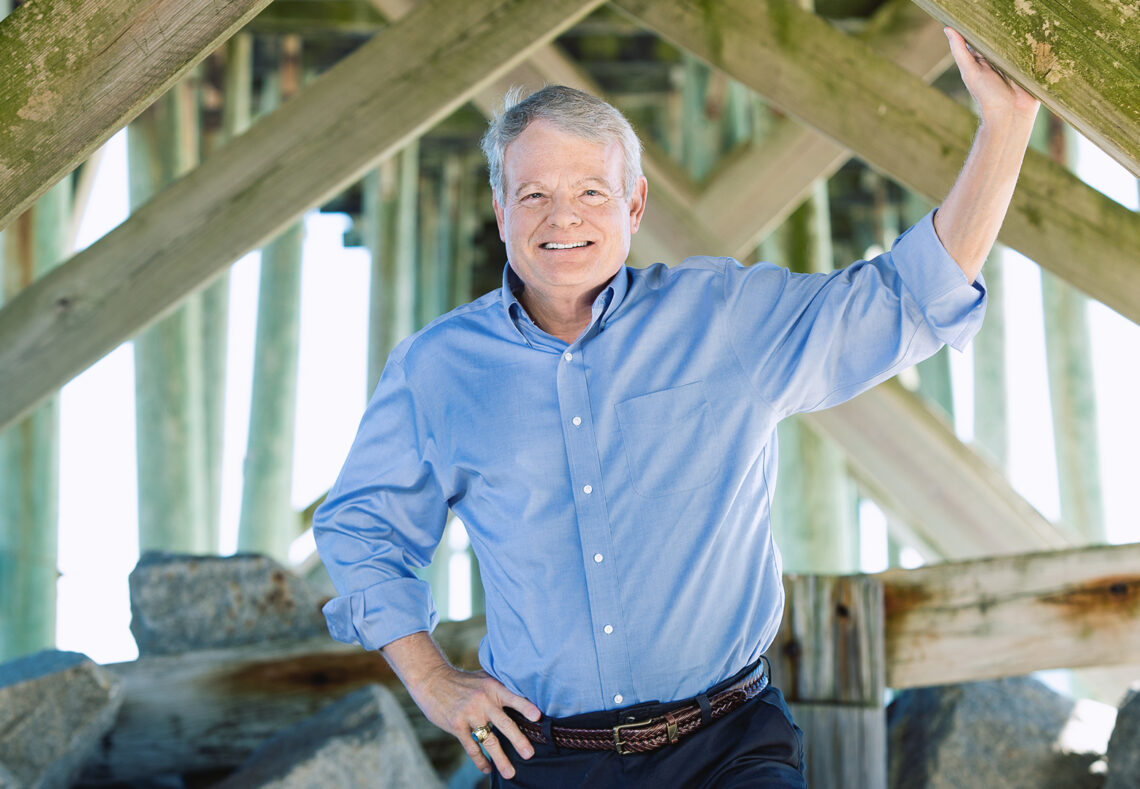 It’s 376 miles from the U.S. Capitol to the Carolina Beach Town Council. But for former North Carolina congressman Mike McIntyre, it seems a lot closer. “I’m working with a lot of the same staff in rural development that I worked with when I was serving in Congress,” said McIntyre, senior advisor for government relations and economic development at Ward and Smith.

McIntyre represented NC’s Seventh Congressional District from 1997 to 2015 and was chairman of the U.S. House Agriculture Subcommittee on Rural Development. It had oversight of USDA Rural Development, which included economic development opportunities for small businesses and private companies and community facilities and electric and telephone cooperatives.

Mike McIntyre grew up in Lumberton, NC. He was a Morehead Scholar at UNC, where he won the Algernon Sydney Sullivan Award for best exemplifying “unselfish interest in the welfare of others.”

He earned his Juris Doctor at UNC School of Law. He could’ve gone anywhere to practice law, but McIntyre noted that he harbored “a desire to help those at home, where my roots run deep along the banks of the Lumber River and where my ancestors go back 200 years.”

The economic development group assists companies with utility negotiation, applications for economic incentives at the state and county levels, and the formation of NC entities.

“Our firm’s work in economic development brings hope and opportunity to the communities and the clients that we serve. Likewise, our work in government relations opens the door to these opportunities on the local and state, and federal levels and occasionally, even on the international level.”

Recent projects have included assisting an Israeli company in locating its U.S. headquarters in NC, coordinating economic incentives from the government at the city, county, and state level for two textile-related manufacturing operations, and negotiating contracts related to transportation improvement incentives for a home appliance manufacturer.

“A lot of folks don’t realize that defense is the number two industry in NC. We have a strong practice with citizens and community groups that support our military and the military communities,” added McIntyre.

“The NC coast is an economic engine and an environmental treasure. It attracts business for tourism, and all kinds of economic opportunity,” said McIntyre. “People are attracted to NC’s beautiful setting, including our beaches and our inland waterways.”

The firm is working with government agencies on shoreline protection, dredging, and renourishment. “Frequently, the people in these areas want both to encourage smart development and to preserve the natural setting that makes these developments attractive, both from a tax revenue and a quality-of-life perspective,” said McIntyre.

Seventy-eight of NC’s 100 counties are classified as rural. Almost 40 percent of the population lives in rural areas, which is twice the national average. Therefore, a key to growing the state’s economy is developing in the rural areas.

“We want the rural communities to be able to cast the line, but many of them are disadvantaged because of their tax base. They may not be able to afford new fire stations, rescue units, or equipment that they need,” McIntyre said.

“Fire and rescue protection, law enforcement and other public services can help lower the insurance rates and increase business opportunities because safer communities can lead to the mid-level, and senior-level management moving to those communities.

“Water and sewer improvements are also badly needed in many communities,” he added. “Unfortunately, a lot of our rural areas do not have the tax base to support the changes that they need to implement.”

Help could be coming from the $1 trillion infrastructure bill passed by Congress in November. Fifty-five billion dollars are allocated to drinking water, wastewater, and stormwater infrastructure funding. It will increase access to clean drinking water for homes, businesses, schools, and childcare centers nationwide.

Ward and Smith’s economic development group expects to help negotiate water and sewer access and upgrades with the city and regional water authorities.

NC is slated to receive roughly $1 billion for broadband under the federal infrastructure bill, another shortfall facing some rural communities. During the pandemic, the acute need for internet service was demonstrated when over 1 million North Carolinians did not receive broadband service.

“Broadband is to education and business what roads were to industry in the last century,” said McIntyre.

“The crux of what we want to do is to seek and promote the interests and concerns of our clients and do it in such a way that makes for good government relations and positive experiences,” said McIntyre.

“Our clients can meet and talk with their elected representatives, as well as with the government agencies that they may have to work with. Investing in relationships and partnerships can start new ways of hope that lead to economic development and opportunity for communities.

“We want to help communities build a stronger North Carolina. Our team can contribute to the vision and help shape robust relationships and partnerships that can lead to a sea of possibilities. That’s how we work together to create ripples of opportunity.”