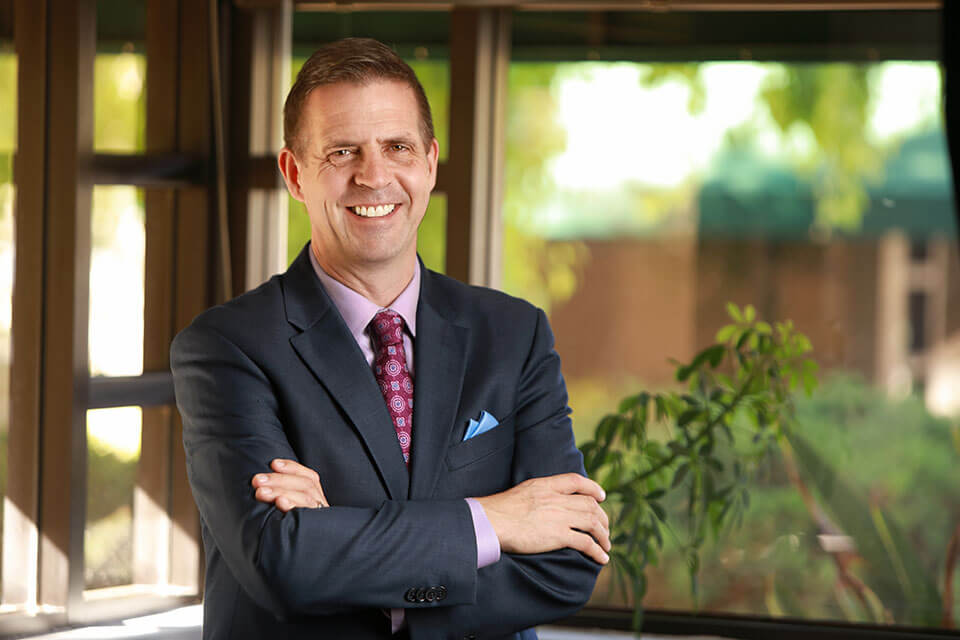 “What I’m uniquely good at is seeing how pieces fit together and coming up with a unique solution,” says Paul Deloughery, senior attorney at Paul Deloughery Asset Protection PLC.

Deloughery finds professional and personal satisfaction in helping business owners and professionals who work hard and perhaps make one mistake which places them in danger of losing their property, life savings and possibly a safe and secure future.

“Everyone has a chance of being sued. Not all of those suits will be catastrophic, but some will be. I’ve worked with lots of people who faced the possibility of losing their entire life savings. No honest, hard-working person should have to face that,” Deloughery says.

As an example, he notes a 1990s case in which an attorney created an asset protection plan for a couple. Their business went under and they filed for bankruptcy, but there were judgments against them personally. The husband died while the case proceeded. Deloughery worked with the wife in the 2000s.

By that time, she wanted to sell her house and buy a new home closer to her son. Under normal conditions such a move would not be possible, but because of the way the asset protection plan was done, she was able to make the move even though the judgments and interest amounted to approximately $3.5 million.

“I thought that was just absolutely amazing. For her to be able to sell her house and move and spend her remaining years with her family, I thought was just amazing. That’s the kind of results I go for. Looking at things from unique perspectives often leads to unique and very satisfactory outcomes,” Deloughery says.

MAKE YOUR OWN KIND OF MUSIC

A line from the lyrics to a popular late ’60s song, “You gotta make your own kind of music,” should have special meaning to Deloughery. Finding a career in the law took a while because early on he seemed headed to a career in music.

During his high school years, he played the saxophone so well he was encouraged to follow that path. He earned his Bachelor of Arts and Bachelor of Science degrees (with distinction and honors) at Indiana University, Bloomington, with majors in music and history, in 1989, and his Master of Arts in music performance from the University of Iowa in 1993.

While struggling with how to earn a living in music, he had the opportunity to earn extra income helping an uncle who was handling business turnarounds. He became fascinated with the process and asked his uncle how he could get into that line of work. Law school was the answer. Not knowing how to proceed, Deloughery went to the public library and found guides for the admissions tests. The very last test for going to school in the next year was a month away, so he studied hard, took the test and earned a place in a Top 20 school. Deloughery earned his Juris Doctor, with honors, from Iowa College of Law in 1996.

The decision was a move he never regretted. “I was good at playing music, but it wasn’t enjoyable for me. With the law I’m always facing challenges. The opportunities for learning new things are constant. Thinking outside the box. I just love that, too” he says.

Thinking out of the box has led to a decision to transform his firm by becoming a 100 percent virtual organization. Documents will be signed virtually whenever possible. Instead of giving clients a physical notebook, they’ll be able to log into a secure portal on the website for immediate access to all documents. The target date for completion of this transition is by the end of 2018.

He says he is fascinated with the opportunities for better, faster and more cost-effective client service through technology. “What’s been interesting during the 20 years I’ve been practicing is seeing all the changes. (We actually had Dictaphones when I started out.) Things have changed and will continue to change and we’re making sure we’re maintaining our place way out on the leading edge,” he says.

He is married to Alexandra, a Ukrainian whom he met on a business trip two years ago. He has two children – a daughter, Brigid, and a son, Aidan. He speaks German and is currently studying Russian.

“The people I work for are decent people who work hard and they just want to be able to keep what they earn,” Deloughery says. “I think that’s the American way. Our country was founded on John Locke’s idea that we should have the right to own property and not face confiscation. Our clients are decent people who just want to protect their future and that’s exactly what we’re here for.”