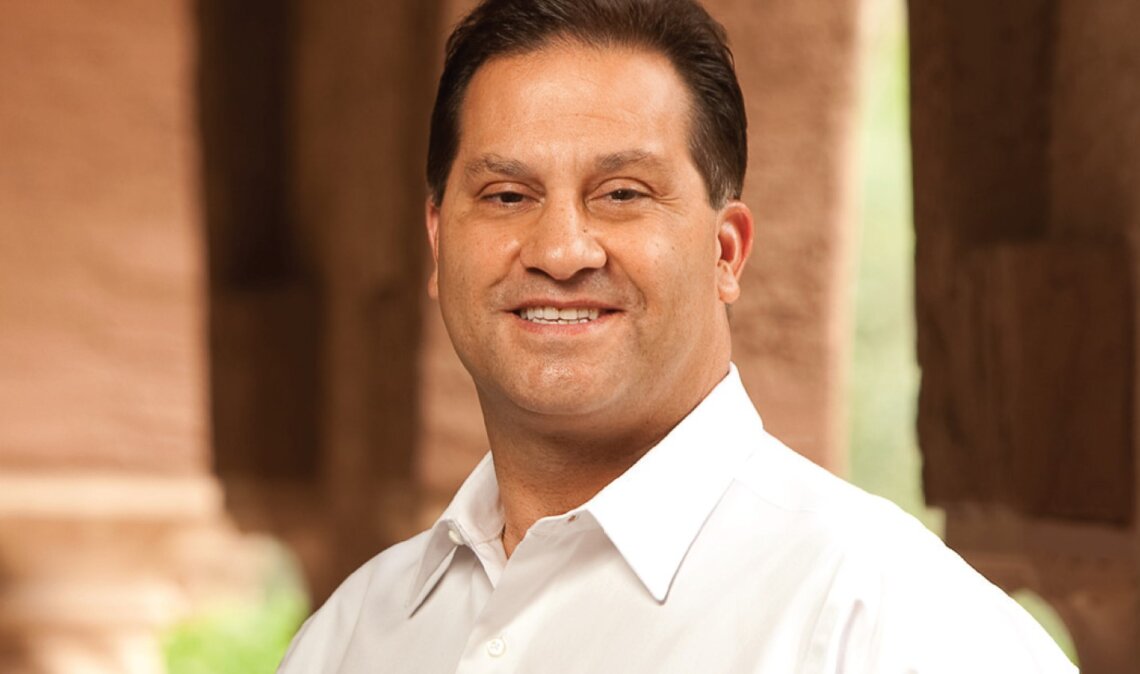 If someone has ever needed a criminal defense attorney, they should wish upon a star they could get someone like Randall J. Craig. Not only is Craig engaging to listen to, his exceptional legal background is one that serves his clients in the best possible way. His professional background, courtroom skills and personal story are some of the most fascinating topics at any meeting.

Craig’s story is compelling. Born in California he moved to the state of Arizona as a young child and was reared in central Phoenix. His memories of the valley include being a ball boy for the Phoenix Suns during the 1970s when the team made it to the finals against the Boston Celtics. As a joke he once flooded the school cafeteria and once accidently set his backyard on fi re! He attended both West Phoenix High School and Central High School. He admits that during his high school years academics were the farthest thing in his mind. He says, “I am sure people that have known me their entire lives never dreamed in a thousand years I would grow up to be a lawyer….I was too cocky, too interested in girls, and too interested in not showing up to class.” Craig readily admits he almost didn’t graduate and had a teacher once tell him he better start taking life seriously or he would end up doing nothing productive with his life. At that point his journey into life began. Craig moved with his family back to California where he enrolled at California State University. There, he graduated, made the dean’s list for academic excellence and worked almost full time. Upon graduating, he began wondering what to do with his life. He had previously been told during one of his speech classes that he ought to go to law school and so he did. At the University of Idaho, Craig excelled making the dean’s list, was awarded scholarships and interned for the United States Court of Appeals for the 9th Circuit in San Francisco.

Upon graduating from law school, Craig became the youngest vice president in the office of general counsel for Security Pacific Corporation in Los Angeles. “I was a lobbyist and met some of the most interesting and influential people in the world,” stated Craig. When the recession hit in the early 1990s the bank merged with Bank of America and his department was let go. “I was in total debt at the time and thought I was done for.” The very next day, he found out his then wife was expecting their first child. “It was the middle of the recession, I could not fi nd a job and I just kept saying ‘kill this problem, don’t let it kill me,’” Craig explained. To make matters worse, he soon thereafter became a single parent, being awarded full custody of his young daughter. He moved back to Arizona and raised his child entirely on his own. “Being a single parent was the most rewarding job I ever had; a true pleasure that God gave me,” he said. Because he was a single parent, he needed to secure a 9-to-5 job. As such, he became a prosecutor for the Maricopa County Attorney’s Office where he received numerous letters of commendation and was well respected by judges, the defense bar and other prosecutors.

Obviously, when someone has been convicted of a serious crime, the skill level of their attorney is paramount, especially where life and death are concerned. “Our statute structure is so complex here in Arizona. We’re one of the toughest states in a variety of areas, such as DUI and drugs,” Craig said. “Seeking out an experienced criminal defense attorney is the only way that anyone is going to get a fair trial and quality representation.” Part of the challenge is that some of the statutes in place require mandatory prison sentences, for which there is literally no discretion. Avoiding mandatory prison on particular offenses does mandate the need for a criminal defense attorney.

Craig has won favorable results on so many of his cases including his capital cases. He was able to avoid a death penalty verdict in the State v. Jason Vasquez capital murder case. Moreover, in the capital case of State v. Ramirez Tabera, he was able to avoid the death penalty. Most recently, he was able to get an outright dismissal in the capital case of State v. Guzman. He laughs when he talks about one case in particular out of Gila County, State v. Manriquez Vizcarra. His client was arrested after police found a scale in his pocket, 24 bags of methamphetamine, loads of cash, a gun and other paraphernalia. The charge was possession of methamphetamine for sale. Verdict: Not guilty. He also recently achieved an acquittal in a case out of Mohave County in State v. Standlee where his client was seen on video, identified by witnesses, and the arresting police officer was the uncle of his client. “Sometimes you have to just search for an angle and then exploit it,” Craig said. “I do, however, scratch my head at some of the results I have been fortunate to obtain,” he says.
In the Media

As one might imagine, with Craig being a pivotal part of so many high-profile criminal cases, the media is often interested in the attorney’s professional opinions both on his own cases, high-profile cases in the news and other important legal issues. “I welcome the opportunity because I do recognize my status as a member of the state bar carries with it certain responsibilities. One of those is offering insight on important cases when called upon,” Craig explained.

One particular criminal case in the news has been the Trayvon Martin case. “It’s a compelling case that raises social issues and legal issues,” Craig stated.

“It was a fair and just verdict. Before anything gets fi led by a prosecutorial agency, they should take a hard and good look whether it should be fi led in the first place and how it should be fi led. Th is is a classic example of a case that was probably over-charged to begin with,” stated the attorney.

A Variety of Cases

Most of Craig’s case load deals with capital offense litigation, involving the death penalty. “There are very few death penalty-qualified lawyers in the state of Arizona. I do, however, handle other cases as well especially if a client really needs my assistance,” said the attorney.

Word of Mouth and Referrals

Referrals from other attorneys are always welcome and are held in high regard. “We are always here to help other attorneys if they need a seasoned criminal defense attorney,” said Craig. “I have a saying that I always live by: ‘Dedication to my profession and dedication to my fellow attorney.’ It is very important to create friendships and relationships out there among the legal community because it is a very honorable profession that I’m very proud to be a part of.”

Craig’s clients do indeed keep in touch to let him know how they are doing and how they are progressing in their lives post-trial. “We call our clients after a case is over to make sure they’re doing what they’re supposed to be doing and to fi nd out if their lives have improved since we closed out the file,” Craig explained. The importance is that a bond has been formed during the battle of a case. “A lot of the fun in this job is in seeing the results and the progress after a client has put their troubles behind them.”

Craig indicates he values some lifelong friendships and he does not forget who his friends are. “Many of my friends I have known for 40 years and they know everything about me. I still talk to some of my grade school teachers and I know they look at me as that cocky little kid that once flooded the school cafeteria and accidently set my backyard on fire,” stated Craig. He is a lifelong Beatles fan who has many rare collectibles of the group. “A prosecutor friend of mine knows my loyalty to the Beatles. He actually wrote George Martin who produced them and had him send me an autographed picture—a real class act by a class prosecutor.” He met his wife while she worked as a clerk for The Maricopa County Superior Court and the couple now has a 6-year-old son together. The couple enjoys spending time in Tennessee where they have a home and land.

So, What’s the Difference?

Craig’s absolute dedication and loyalty to his client is evident during every step of the pre-trial and trial process. “Throughout my entire life, I have tried to remember who I am and who I have become. I am an attorney. I am a father. I am a husband and with each hat I wear come responsibilities….I must never forget who I have become,” finished Craig.