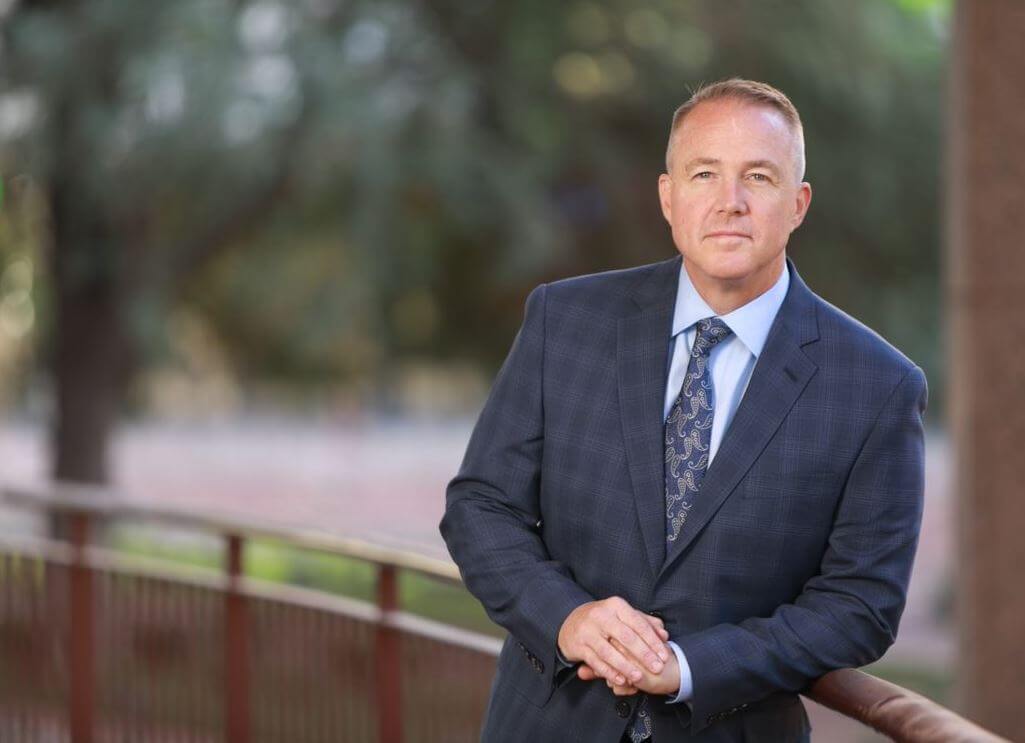 For many people, the desire to serve is hardwired into their psyche. The difference is in the manifestation of that desire. It is rare to find a way to satisfy this calling through more than one outlet, but for Richard G. “Rick” Erickson, Partner at Snell & Wilmer’s Phoenix office and Colonel in the U.S. Marine Corps, his law and military career have complemented each other and allowed him to excel in more than one arena.

From a young age, Erickson knew he wanted to become an attorney.

“I always wanted to be a trial lawyer like Atticus Finch,” recalled Erickson. “As a teenager I would go to court to watch live trials because I found it captivating how an attorney had to craft his version of the facts to get strangers to decide a case his way.”

His desire to serve in the military also ran deep. Erickson has military ancestors dating to the American Revolution. This, in part, inspired him to enroll in Army ROTC through his second year at the University of Arizona.

“About the same time that I decided against an Army commission as a junior in college, my younger brother enlisted in the Marines and deployed to Kuwait, and a fraternity brother I admired had joined the Marine officer program,” explained Erickson. “I came to see the Marines as an elite armed force and I really wanted to become an infantry platoon leader.” Erickson did just that after being commissioned as a Marine officer in 1991.

In 1994, Erickson deployed to help with the humanitarian crisis in Mogadishu, Somalia, and his seaborne unit also evacuated Rwanda that summer. He left active duty to attend law school in 1995 and remained a part of the inactive ready reserve until he completed law school.

“Once I became a licensed attorney in Arizona, the question became, why not become a JAG, too?” noted Erickson.

So, Erickson went back on active duty for 10 weeks at the U.S. Naval Justice School in Newport, Rhode Island, studying basic military and operational law. He trained to practice in courts martial, help service members with general legal matters, and became a specialist in the Law of War and other legalities governing military operations.

“It was a natural transition from my infantry training and experience overseas to specializing in Operational Law as a Judge Advocate in the Marine Corps,” explained Erickson.

Erickson joined Snell & Wilmer in 2004 and was mobilized and deployed to Anbar Province, Iraq, in 2006. He was a Staff Judge Advocate (nicknamed “Judge” by commanders) responsible for inspecting and reporting on the legal status of all detainee areas in Anbar Province, ensuring jails and holding areas met Geneva Convention standards, respected the Muslim faith of the prisoners and assured their humane treatment. Erickson also advised U.S. forces on Rules of Engagement and other Operational Law matters. During the Surge in 2007, he was constantly exposed to sniper and mortar fire and roadside attacks.

“That part of the Sunni Muslim world has its own set of rules, it’s inherently dangerous; tribal justice prevails, and our presence there was a threat to insurgents trying to disrupt law and order,” recalled Erickson. “I remember being sent to inspect an Iraqi jail that had been built near a marketplace in Ramadi. When we got there, the Iraqi police had detained a local man suspected of stealing goods. Since they heard me often called ‘Judge’, they demanded my discretion in deciding the man’s innocence or guilt. I explained that I was not a judge, but an attorney, and declined to get involved. This displeased the Iraqi leaders, and I wondered whether I made it worse in our campaign to win their hearts and minds. Judging their people in local matters, however, was simply not our place. Instead, I did my best to teach them our legal principles of probable cause and due process, realizing they would probably never change.”

In his military practice, Erickson has an insider’s perspective on important issues such as re-employment rights of reservists, national security and international law. Additionally, he is an ideal resource for military records while holding a Top Secret SCI security clearance.

Balancing a civil-military career is never easy, but Snell & Wilmer has given him peace of mind and allowed him to fulfill his military obligations and his duties to the firm at the same time.

“Snell & Wilmer has been recognized extensively for its support of the military and veterans,” explained Erickson. “I am grateful for their genuine support during deployments and while performing reserve duties away from the office for about a month every year.”

In 2017, he concluded his judicial appointment on the Arizona Court of Military Appeals, where he presided in National Guard appeals subject to review by the Arizona Supreme Court. Today, Erickson continues his active service in the Marine Corps Reserve as the Chief Liaison to FEMA for Emergency Preparedness and Response to natural disasters and crises in Region IX (Arizona, Nevada and California).