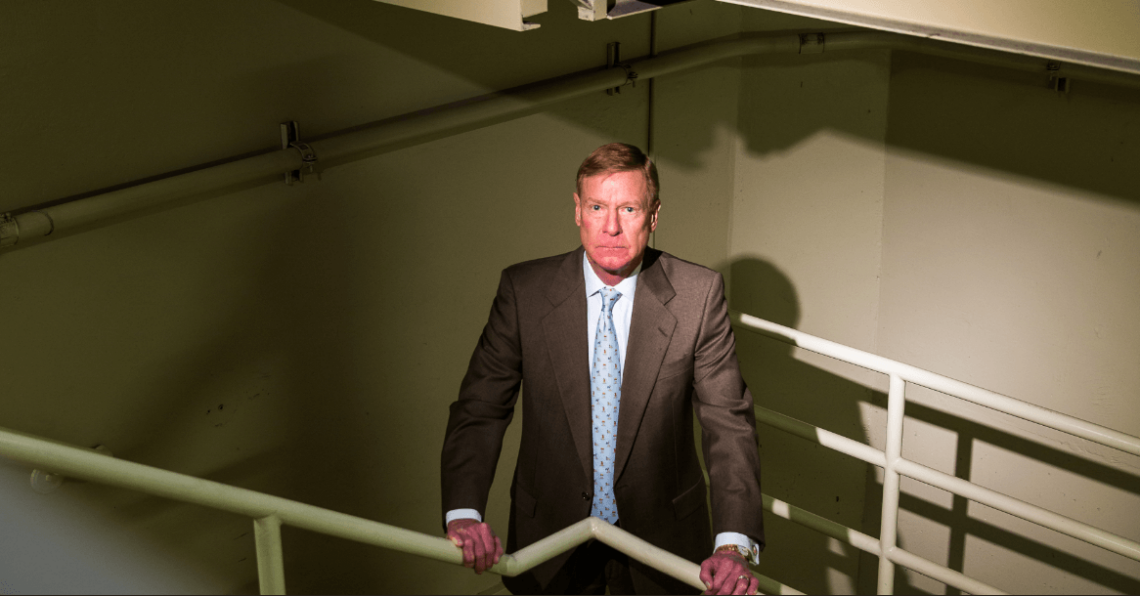 When attorneys need the services of another attorney experienced in legal defense of professionals, over the years many have turned to Robert Hinton Jr., founder of Robert Hinton & Associates, P.C. “Professional disciplinary procedures have changed dramatically over the years. Today, when a lawyer or other professional receives a disciplinary complaint, he (or she) is a fool to handle the case himself,” Hinton says.

In addition to attorneys and judges, Robert Hinton & Associates represents physicians, nurses, dentists, pharmacists, real estate agents, therapists and other licensed professionals. “I represent them in licensing and disciplinary issues. Those cases make up about 65 percent of my practice, with the balance being criminal defense. It’s a very interesting niche that has developed for our practice over the years,” he says.

His firm also handles significant cases for individual persons and entities facing serious criminal legal challenges. When asked for a current example, Hinton cites securities fraud cases involving two of his clients, highly-respected businessmen in California, who are among several defendants in a series of indictments in Texas. The clients, who have never experienced anything more serious than a speeding ticket, were caught up in what Hinton describes as a “crazy, over the top criminal action” which the enforcement division of the State Securities Board is pursuing.

The cases involve millions of dollars, and the charges are first-degree felonies. If convicted, his clients could be sentenced to from five to 99 years, or life in prison. But Hinton doesn’t see a conviction in their future.

“These criminal accusations have caused a tremendous amount of emotional wear and tear. This has been, and continues to be very tough on these people. But these people are tough, and very smart. I’m confident we are going to prevail in these cases. Far different than barroom brawls or armed robberies, these are complicated white collar securities cases in which, contrary to the concepts of presumption of innocence and burden of proof, it will be our responsibility to prove that they are not guilty. That’s just what we will do,” Hinton says.

“It is cases of this nature which I’ve enjoyed the most. There is nothing quite like taking cases like these to a jury. It allows us to creatively and thoroughly prepare. That makes for a rewarding personal and professional experience. To prevail in trials of this nature we must be far better prepared than the government. My staff becomes totally immersed in the preparation and presentation of all of our cases. For example, my legal assistant of 30 years, Kathy Rhodes, is a master of trial preparation. My private investigator of choice, Kenny Johnson, is the smartest, most analytical and thorough professional I have ever worked with. We have never had a ‘one-word verdict’ in any criminal trial in which he has been involved,” he says.

The Practice of Law is a Profession

One of the reasons so many professionals turn to this “attorneys’ attorney” is Hinton’s attitude about his own chosen career path, and the manner in which he manages his organization.

Hinton is proud of being old school in his approach. “The old school attorneys don’t put their faces and names on the backs of buses or on billboards. They don’t buy the county jail lists and send solicitation letters to people who have been arrested. The U.S. Supreme Court has ruled that it’s a First Amendment issue. Nevertheless, in my judgment those kinds of things diminish the professionalism which I believe we owe to the public and to our profession. Old school lawyers depend upon referrals from other lawyers and former clients. Today some lawyers don’t even care to know where the courthouse is. They just strive to develop a better business model to maximize profit. The practice of law is an honor, it’s a calling, and it’s a loft y profession. A comfortable income certainly can be a welcomed byproduct of a law practice, but it should never be the focal point.”

Hinton says that a law license gives a person a great deal of latitude and offers many temptations. “Some lawyers abuse this latitude and succumb to the temptations to compromise their integrity. Ultimately, many of those lawyers lose their way. They get caught up in unprofessional behavior which oft en leads them to my office. An attorney’s conduct must be grounded in honesty and completely driven by integrity, or it’s never going to work for the long haul,” he says.

An Organic Evolution into the Law

Hinton had planned to go to dental school, but his difficulty with organic chemistry pretty much eliminated that career path. Midway through college he had no idea what he was going to do with his life. He was attending Texas Tech University when, in 1968, he went to the psychology department and took a battery of computerized aptitude and placement tests to determine what career paths would best suit his aptitude and personality.

“The first career recommendation was evangelism, but I wasn’t all that crazy about the Elmer Gantry image. The second was to be in the mortuary business. The third career recommendation was to become a trial lawyer. That’s when it clicked for me. I decided to apply to a law school or two and find out what that was all about. I really didn’t know anything about the legal profession at the time.” Hinton attended the University of Houston Bates College of Law, while he sold ladies’ shoes at Neiman Marcus to support himself. Aft er receiving his Juris Doctor in the spring of 1973, Hinton had a job opportunity with a large Houston law firm, but aft er going through the firm’s orientation program he decided that was not for him. “I’d been through law school to become a trial lawyer and I wanted to learn to try cases to juries. I didn’t want to carry someone else’s water. The job I had been offered was a great one, and it paid a lot more than I dreamed I could ever make coming right out of law school, but I thought, I won’t see the inside of a courtroom for years!”

He returned to Dallas and landed a job working for legendary District Attorney Henry Wade, making a fraction of the income he had been earning selling ladies’ shoes at Neimans. “I prosecuted for four and a half years, and I loved every minute of it. It was a great job. I enjoyed getting in front of juries, getting to know something about them and presenting stories to them on what the cases were all about. The entire jury trial process was fascinating. I worked with some fabulous people,” he says. In his four and a half years of back-to-back jury trials as prosecutor he never experienced a “twoword verdict.”

Hinton had promised Wade he would stay in his employ for at least four years, something asked of all new hires. Toward the end of that time Hinton and his wife had a son, which created a financial need to move on. Hinton says his experience with Wade was priceless.

Early in his prosecuting career he had met another legendary lawyer, Phil Burleson, whom he describes as a giant of a lawyer and mentor, particularly in criminal defense. “Aft er having worked several cases with Burleson on the other side, Burleson told me, ‘Bob, when you’re ready to move on, give me a call.’ So, in the summer of 1977, I told Mr. Wade I needed to go into private practice to better support my family. I called Mr. Burleson who was involved in the famed Cullen Davis trial in Amarillo at that time and asked him if he had meant what he said.”

Hinton became part of the Burleson firm immediately and remained with the firm as partner for 16 years. “Phil Burleson was a remarkable man and mentor. He taught me so very much, and provided me countless incredible opportunities to try great cases.” By 1993 Hinton was ready to move on to form Robert Hinton & Associates, P.C., a small trial firm.

“Robert Hinton & Associates is a low-volume, high-intensity law office. We try as diligently as possible to communicate and work closely with and for the people who have entrusted us with their problems. We have been blessed with wonderful clients and cases. It’s been a really satisfying run for me. I am occasionally asked if I have plans to retire. I routinely respond that I have no intention of retiring. It’s just too gratifying to get up in the morning, go down to courthouse and try to make a difference. The honor and privilege of the legal profession have been an incredible blessing, for which I shall forever be thankful.”