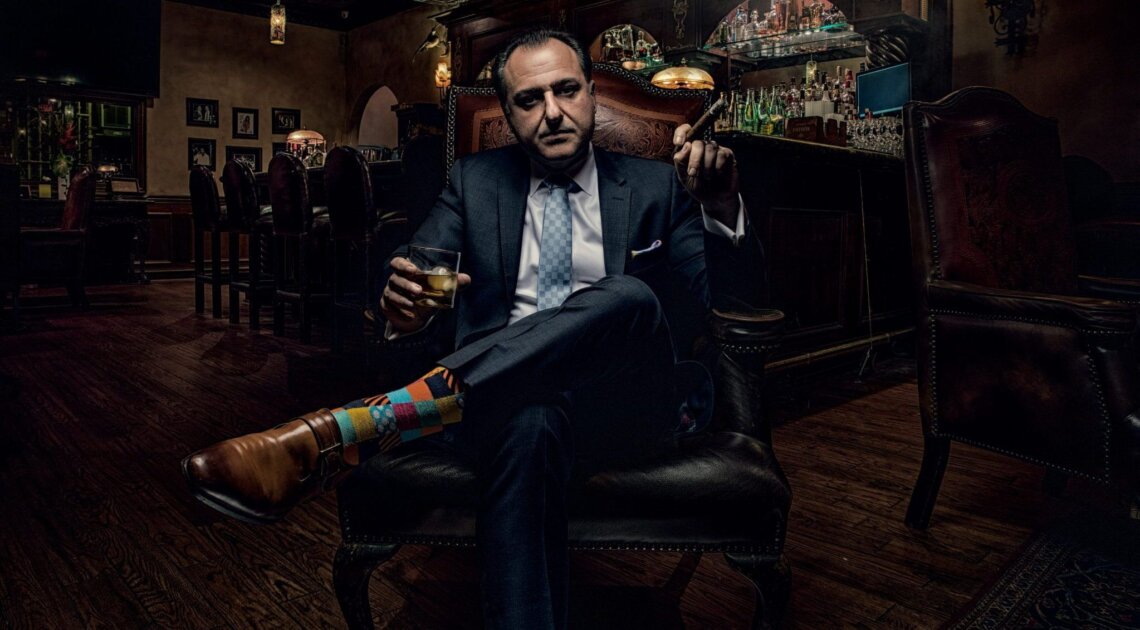 “Being an immigrant and coming to America, you’re always behind. You’re always trying to catch up. And as a result, you see a lot of injustice. I can see what is wrong and what could go wrong. Also, what can be done better. The underdog doesn’t always get a chance to speak and present his or her own point of view. Being a mouthpiece, being a person who advocates for the person with no voice, that is important,” says Sean Modjarrad, managing shareholder at Modjarrad Abusaad Said Law Firm (MAS Law Firm).

He comes by his commitment to fighting for the underdog naturally. He and his family are Iranian immigrants who arrived in the United States unable to speak English. Unfortunate incidents with the legal system formed his opinions and his desire to advocate for the underdog early.

“My father was in the restaurant business, but he had challenges running a business. He struggled with negotiating lease agreements and other contracts properly as well as minutia that should never have been an issue. It wasn’t a lack of intelligence or hard work, but a lack of knowledge of the process that ultimately became an issue. He just never knew what he was getting into, which is a common plight of immigrants. Lawyers were expensive and out of the price range of many small business owners. The only reason he was unable to protect himself is because he didn’t have good counsel or proper guidance. It’s very difficult for regular ordinary people to find a lawyer or even go to a lawyer’s office. You can’t just say, ‘Hey, let’s go to a lawyer and ask this question.’ If you have a friend who is a lawyer it’s easy, but if are completely out of the legal system, you just don’t pick up the phone and say, “Hey, I’ll call a lawyer today,”’ Modjarrad says.

His family upbringing had another effect on his decision to become an attorney. He says, “As a Middle Easterner, the way we are raised since you’re knee-high, a half-pint, is that you’re always going to be a doctor, a lawyer or an engineer. Those are the three life choices. One of my sisters is a doctor. One studied to be an architect, so, being a lawyer was my path.”

His education in two varying fields provides support in his chosen profession. “Accounting helps on the commercial litigation side in analyzing documents. It makes decision making easier and quicker. Also, accounting is a linear process and law is the same way. It is like going from step number one to step number two to step number three to step number four; basically, that’s how one analyzes legal matters as well. Accounting teaches you to think logically,” he says.

In 2000, immediately after law school, Modjarrad moved to Texas and opened his own firm, working out of a single office in Deep Ellum. The move was intimidating and one that friends and relatives said would be the biggest mistake of his life.

Modjarrad credits a lot of his early success to having good mentors, which at the time proved to be something of a surprise. “Our legal community is incredible when it comes to helping young attorneys succeed – regardless of the person’s background. This is especially true of the older generation. Back when I started everyone wanted me to succeed. They could see you working and struggling and they all had an open-door policy. ‘Come on over and I’ll help you.’ I was just not expecting that much help. I’m very grateful for it. I see it as part of my duty to continue that tradition in my own mentoring efforts. It’s a way to pass the baton on to the next generation.”

Modjarrad played a significant role in the 2006 Good v. The City of Irving and Detective Curtis suit, in which a new law was enacted by the Fifth Circuit Federal Court of Appeals. This case was just one of many in which Modjarrad fought and won for the little guy.

Donald Good was a young man who was picked up and charged for crimes he did not commit – burglary of habitation with intent to commit theft, rape and sexual abuse. He had three trials and served more than 13 years – wrongfully. The case against him was based on improper or fabricated evidence. After passing summary judgment motions, the case was appealed to the Fifth Circuit, and after prevailing at the Fifth Circuit, the case was sent on a writ to the U.S. Supreme Court. The Court declined the writ and about a week before trial, the case was settled.

Modjarrad says, “This case is dear to my heart because when I came to America I didn’t speak English. I really felt for the man. At the same time that my life’s trajectory went up, Donald’s life went down and it went down far and fast. Somehow, coincidence, whatever you want to call it, we met and I took the case. Again, everybody told me not to take the case. ‘You shouldn’t do this. This doesn’t make sense.’ But I saw it as my duty to pay back because my life had become so great and this man’s life went south for something he did not do. That’s how I got involved in civil rights cases.

Currently the firm is representing the family of another “little guy,” one with a personal connection. Modjarrad worked his way through school waiting on tables. The man he used to work with was arrested and put in jail.The man was a diabetic and had suffered from the disease for 15 years, but he was not allowed to take his medication in jail. “Unfortunately, he passed away, so I am representing the family. Four and a half years have gone by and we’re still fighting it. We won a pretty good victory recently so I’m hopeful that in the next three or four years this case will get wrapped up,” Modjarrad says.

Professor or ABC at the Office

“One of the jokes that they make about me here is that they call me ‘the Professor’ or ‘ABC’ because I’m always explaining – or as it is called around the office, giving lectures – and, of course, one of my favorite sayings is ABC – Always Be Closing,” Modjarrad says.

His work ethic is basic. After you’re done working, work some more. His business philosophy is to focus on doing a good job for each client and in doing that the business side will take care of itself. His management style is, in his own words, OCD. “I’m very micro. My door is always open. I follow every step. I realize that everyone makes mistakes, but you don’t make the same mistake twice.”

One of the other matters he is currently focused on is finding a balance between the passion of work with the needs of the family. He and his wife, Dr. Nasa Safdarian, have just celebrated their third anniversary. “We met on a blind date and the moment we met we knew we were going to be married, at least I knew. She is a double board certified physician and her practice is limited to allergies and immunology these days and her clinic is at Dallas Presbyterian,” he says.

They have two daughters – Suri and Saya. “My mother and father live in Dallas. My sisters live here, so family is very important to us. What we do at this age for my kids is to get the whole family together at least once or twice a week so my kids get to understand the meaning and importance of family,” he says.

Much of his time is invested in volunteer work. He was one of the founding members of the Iranian-American Chamber of Commerce in Dallas about five years ago. He also was one of the founding members of the Iranian- American Bar Association. “This is for the younger generation, so they’ll know you have to work hard. You cannot just show up to work and expect everything to be handed to you. I wanted to provide a pathway, a support system – something my father didn’t have.That’s another example of passing the baton to the younger generation,” he says.

He sits on an advisory board for his law school in Alabama and on the board of visitors for University of North Texas School of Law.

“Life is a daily struggle and every day I’m learning something new that I can do better than I did yesterday. Remembering how we came to this country and remembering struggling, I know it doesn’t matter how tough things may be today; they’re not as tough as they were back then. You need to be appreciative and grateful of what you have,” he says.