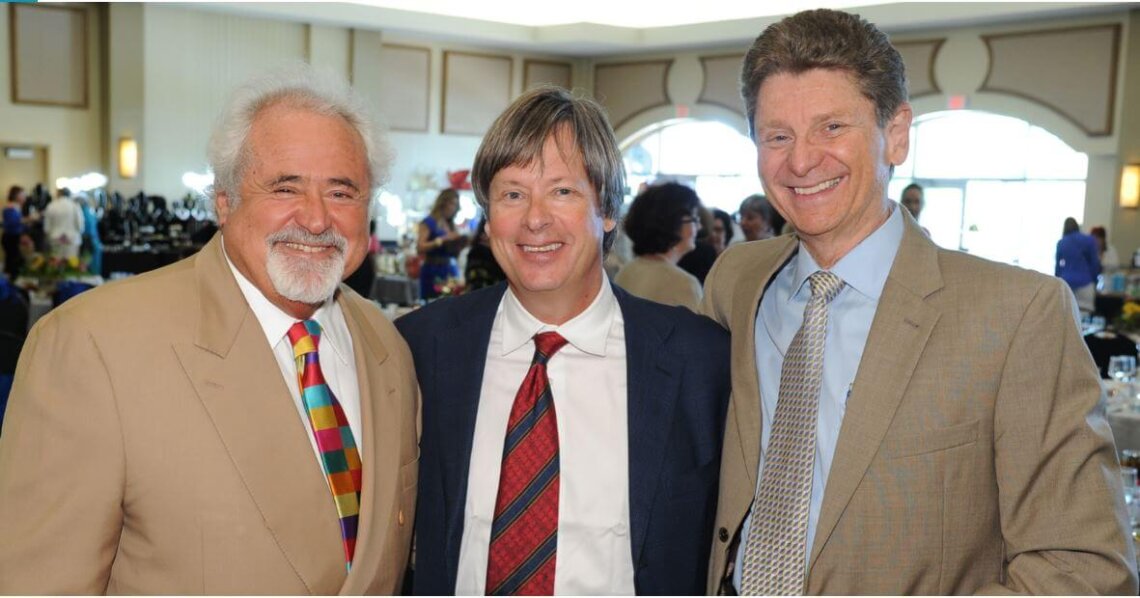 Few attorneys are as well-recognized or as frequently honored as Stuart Grossman. In addition to his successful medical malpractice, products liability and personal injury litigation practice, Grossman is a philanthropist, a widely published author and a sought-after lecturer. He has made legal contributions to national television programs hosted by prominent journalists Ted Koppel and Larry King.

Grossman, however, came from humble beginnings. He was the first person in his family to graduate from college. His early aspirations were to become a teacher of literature or drama.

He was attending the University of Miami when he learned that a close friend was preparing for the LSAT. Grossman decided to follow his friend into the law. “I was accepted at some very fine law schools, and I chose George Washington University,” Grossman said. “In the first semester, I was elected as one of three class senators.”

Grossman began law school at the height of the Vietnam War. “Vietnam was ferocious in 1968,” he said. Grossman began boot camp in 1969 and entered into a six-year commitment with the Coast Guard. “I had just completed boot camp when my dad died. Due to the family emergency, I was able to return home and work for the Search and Rescue division of the Coast Guard. Once I was discharged, I went to law school at the University of Miami School of Law.”

“There were a lot of returning vets going to law school on the G.I. Bill,” he said. “I worked hard and got out in two-and-a- half years. During the second semester of my first year, I was hired as law clerk for the legendary J.B. Spence of Spence, Payne & Masington.”

When he graduated from law school, Grossman wanted to remain with the firm. “They said they just wanted to stay as three attorneys. I told them I’d give them a day to reconsider, and then they offered me an associate position.” Grossman’s tenacity paid off. He spent four years there as an associate before he became a partner. “I was a partner until ’88 when I left as it was time to form my own firm. I have been happy here ever since. We just had our 25th anniversary. I get tremendous rewards every day from doing good work and seeing how my partners handle matters. My personal secretary just retired after 40 years. We are a family here.”

Grossman recently received the 2014 Compassionate Gladiator Award, presented by the Florida Justice Association. “I am very proud of that award,” Grossman said. “The description of the recipient is someone who is a gladiator, but who acts in a way that is highly professional and makes other lawyers proud that they are a lawyer. I am very honored to be thought of this way by my colleagues.”

Among Grossman’s numerous other accomplishments, he was named Trial Lawyer of the Year by the American Board of Trial Advocates of Florida; received the Academy of Trial Lawyer’s Crystal Eagle Award; was named a fellow of the International Academy of Trial Lawyers; and was elected into the Iron Arrow, the University of Miami’s highest honorary society. He has won some of the largest verdicts in both Florida and U.S. history.

“As years go by, the size of cases has increased, and not just in the area of malpractice. We won the largest verdict in America for the death of a child in a vehicular collision, Goldberg v. FPL. Edwards v. City of Miami resulted in the largest settlement of its kind for civil brutality. We recently crossed the billion dollar mark in a bank overdraft class action. We are one of three firms managing the case and to date have settled over $1.25 billion on behalf of our clients.”

Grossman describes medical malpractice as “a very dramatic field. Medical malpractice was a child of the mid-to- late 1960s. It wasn’t very far along when I got into it. There were some very significant verdicts nationally in the 10 or so years before, and J.B. was at the forefront of that.”

“It is a practice where the plaintiff ’s lawyer has to learn the particular field of medicine involved in the case better than the defense knows it,” Grossman continued.

In addition to his medical knowledge, Grossman pioneered the application of expert testimony in the courtroom. “I think one of the greatest contributions I have made is to get the highest caliber of experts to review our cases. Early on, J.B. was only able to get the same general practitioners to comment on medical cases. I was fortunate because our firm was doing so well, we were able to retain world-class experts who had never testified before. Some were persuaded by the facts of the case and others by my passion for it. We forged the trail for medical expert testimony, and it has come a long way since.”

“I have come to feel sorry for the medical profession and what it has become,” he said. “I see practices being snatched up by hospitals and the displeasure many doctors have with the amount of paperwork and fighting with insurance companies over the necessity of the treatment plan they are recommending. Having said that, malpractice is occurring, but it is not like it used to be. For instance, we now have anesthesia alarms and so many other machines to monitor the safety of a patient. So many errors today are linked to managed care issues, like testing procedures being withheld, or others involving inadequate staffing or poorly trained staff.”

“I am particularly proud of my work in obstetrics and cerebral palsy,” Grossman continued. “Many babies are born with horrific injuries – they are not just that way because of something nature decided, but because their mothers’ labors were mismanaged. I have contributed to medical texts on the subject.”

Grossman is one of the few attorneys in the nation who lectures at medical conferences about high-risk medical policies and procedures and how they relate to malpractice liability. “I have lectured around the country with doctors about common pitfalls in their practice,” he said. “I have also been the chairman of the Miami-Dade County Cerebral Palsy Foundation. I am happy to contribute wherever I can and pay it back to the community.”

Grossman’s passion for philanthropy in the medical community is also inspired by a personal tragedy. His daughter, Margaux, died in 2001 from Ewing sarcoma, a rare form of cancer. Grossman took a year and moved her to New York for treatment. Despite the efforts of her family and doctors, Margaux, who was a champion equestrian with a bright future ahead of her, succumbed to her disease at only 15 years of age.

In response to this catastrophic loss, Grossman founded Margaux’s Miracle Foundation. “We formed the foundation and endowed it through contributions of friends and interested people. We fund a research fellowship at Memorial Sloan- Kettering Cancer Center for work on finding a cure for Ewing and other rare childhood cancers,” he said. “Unfortunately, rare diseases like these are not on the product list of major drug companies. They won’t spend the money to find a cure. It is just a question of economics.” The foundation also funds programs that enlist horses as healing agents.

Margaux’s younger brother, Joe, is now 25 years old and a third year law student at the University of Miami. “I am very proud of him,” he said. “He is independent and a great young man. I’d love to practice law with him, and I think that’s in the cards, but I wouldn’t be surprised if he got some trial experience in a government agency or public defender’s office. You don’t inherit these things. You’re made to be a trial lawyer or you’re not. You pay a huge price for doing this kind of work. We will see if he has the same passion for it that I do.”

“Balance is one of life’s most important achievements. With all of the pressures within the profession, along with the political changes, I think it is important to vary your interests. I am a fly fisherman and equestrian. I have a place on the ocean in Key West, and I go as often as I can. I have a horse and spend a lot of time outdoors.” After spending 15 years as a bachelor, Grossman said, “I am now engaged and looking forward to living happily ever after.”

Grossman describes himself as a student of the human condition. “I get a great deal out of learning from non-lawyers about the human experience. I like to have people tell me about their lives and the things they have been faced with. I love to ask, ‘What is the most difficult challenge you have in your life?’ I am often taken aback by the profound answers I receive. No one has had it easy. It is important to remember that when dealing with people.”

“The old adage ‘if you love your work you haven’t had to work a day in your life’ really applies to me. Somehow with my background, I wound up doing exactly what I should be doing. The fact that I can make money doing what I love is just an added bonus.”