Susan Segal: An Education in Balance 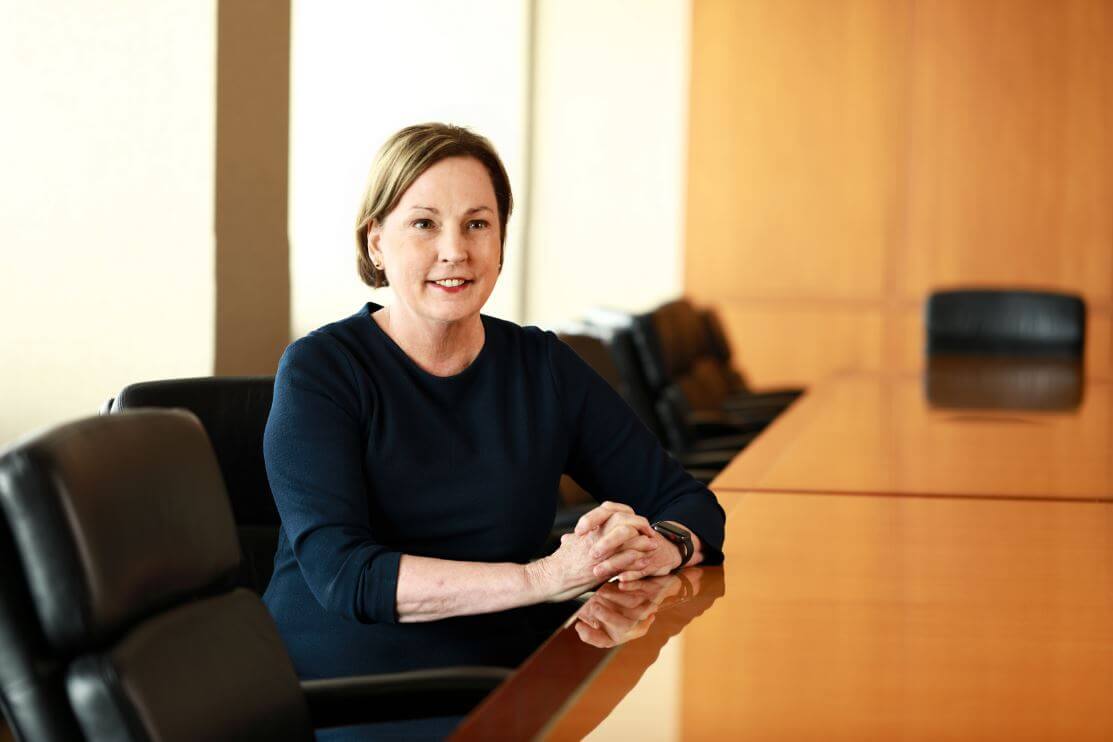 When Susan Segal talks to younger attorneys about balancing a career with being a parent, she often cites a passage from the novel, “I Don’t Know How She Does It,” by Allison Pearson. The protagonist in the story, an ad executive, when tasked with bringing treats for her child’s class, would buy them at the store and then deliberately damage them with a rolling pin to make them look less perfect so none of the other mothers would think she had not baked them herself.

“That was me,” Segal says, “I would take a short cut to contributing to a classroom project, and then feel guilty. But, the fact of the matter is that it doesn’t matter if you are perfect all the time as you try to balance your personal and professional lives.”

Segal has had a long career as an attorney, but she has mixed it with her passion of public education. After college, she started out as a school teacher in Kansas City, teaching both English and journalism in an urban school district.

“It was the most challenging job I have ever had,” Segal says. “I was not that much older than the students I taught. It was a very intense job that required a lot of work to keep the curriculum relevant and the students engaged.”

“It was the most challenging job I have ever had. … It was a very intense job that required a lot of work to keep the curriculum relevant and the students engaged.”

To this day, she stays in contact with some of her former students who have grown and had children of their own. “I am so touched that they remember me and some of the things I taught them,” she added. One of her students, who later became an engineer, recently told her “I loved your journalism class, and used those skills throughout my 35-year career.”

Segal eventually made her way to Arizona State University College of Law and graduated in 1979. However, she has not forgotten her background in education, as her career has focused on public law, including the representation of Arizona school districts. At Gust Rosenfeld PLC, she has devoted over 17 years to representing school districts and other public entities in all aspects of the law. She has also practiced public law at the Office of the Arizona Attorney General, most recently as the division chief of the public advocacy division from 2005 to 2011. While there, she served as lead counsel in a number of consumer protection and education equity cases

However, her greatest accomplishment, she says, has been her family. She and her husband, Richard Segal, now deceased, have a son who is 28 years old. She also has two stepdaughters with whom she is close. But, she also notes, life was not without its challenges as a working mom.

Segal now mentors young attorneys, many of whom are trying to balance a career with family. She notes a difference, however, in that the “new” generation of attorneys are much more able to achieve a healthy balance between family and career.

Segal has also continued her career in teaching. In addition to doing numerous presentations on employment law and public law, she teaches a class at Sandra Day O’Connor College of Law with former Attorney General Terry Goddard. “I am so impressed with the students at the Sandra Day O’Connor College of Law,” Segal says. “They are thoughtful, insightful and inquisitive. After every class, I come away impressed at the high quality of their thinking, writing, and contribution to the class.”

Segal is quick to point out that she could not have accomplished all that she has without the support of her husband, her family, and the partners at Gust Rosenfeld. “They were always there to support me in my endeavors,” she says, “There were bumps in the road, to be sure. But I always had the support and encouragement I needed to get through the challenges.”

Segal is now a member of the executive committee of Gust Rosenfeld, which, she says, “is extremely interesting and challenging and continues to provide life lessons every day.” In addition, she is the chairperson of the Arizona Theatre Company.

Sometimes, Segal says, she wonders how things would have been if she had given up her career when she became a mother, but she has no regrets. Recently, she asked her son how he felt. “I was surprised when he told me that he was always proud that his mom worked as a lawyer. So, I guess those days of showing up late for his baseball games in a suit and high heels and sitting in the bleachers were not for naught. It was a lot of fun, too.”