William Sieben: Continuing a Legacy of Leadership and Service 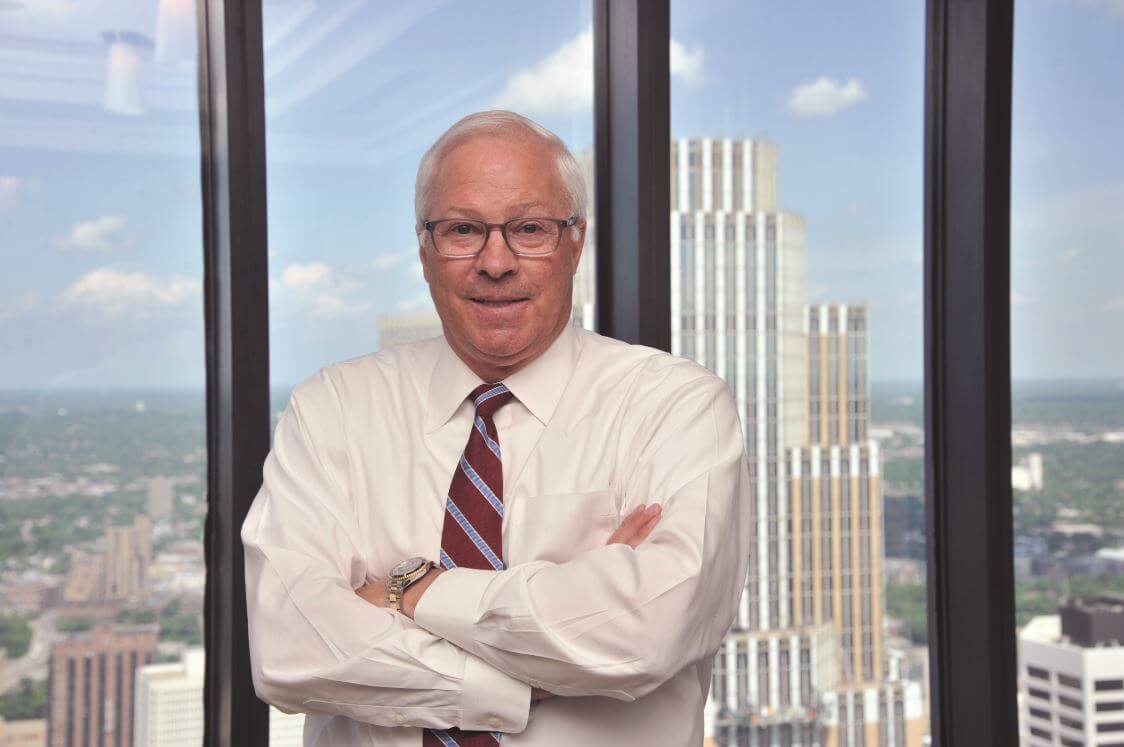 The Sieben family lays claim to a legacy of more than 100 years of legal and political service to Minnesota. Attorney William Sieben recalls his youth in Hastings as one that was continually abuzz with politicos and campaign activities, fostering his early admiration for those who spend their careers helping others.

While his family’s tradition of public service goes back several generations, Sieben credits his father, Harry Sieben, with setting the example that most influenced his life’s work. Among his many roles in public service, Harry Sieben served as a member of Minnesota Gov. Orville Freeman’s cabinet and was later appointed U.S. marshall by President John F. Kennedy. “He was a small business man but primarily worked with the government in one capacity or another,” Sieben recalled. “Throughout his life people sought his advice, and I watched firsthand how he treated people. He eventually became the regional director for the Small Business Administration, and he helped thousands of small businesses get government assistance to keep growing and expanding. He gave much of his life to helping people whose lives were affected by government policy. He was my greatest role model for how to treat and interact with people.”

“Bill reminds me of his dad,” Mondale said. “Harry was always out there helping people. He tried to make government work for the public; he was always listening and trying to make things better while raising this remarkable family we’ve been blessed with for all these years. The Siebens are unique. I’m not aware of any family that has quite this rich tradition of public service that is so pronounced with the Siebens.”

When Sieben returned to Minnesota, he recalled, “I didn’t know if law or politics would grab me. I’ve always looked at the Mondales and Carters and Obamas as those who set policies to help broad masses of people, and lawyers as those who would take the law to help the individual.”

Fortunately for the thousands of injured people that Sieben has represented over the course of his career, he chose the law. And it is no surprise that this conscientious, civic-minded attorney chose to become a personal injury litigator, a career that has afforded him many opportunities to act as both advocate and statesman as he has zealously defended the rights of ordinary citizens against large and monied interests.

“Sadly, the law is traditionally set up to protect those who have. Except for some pushing from Congress and legislators, the law is often a protection for corporate interests. But our political system is vital because the legislature gives us the right to get to court on the issues. It is very important that we put the right people in the legislature. Then in plaintiff ’s practice we can help the individual, and also help set the tone for what should be happening in the community or the state.”

Sieben has made his mark as a world-class plaintiff ’s litigator at Schwebel, Goetz & Sieben, P.A., where he has won or settled numerous high-profile, multimillion-dollar cases. The firm is reputed as “Minnesota’s Personal Injury Powerhouse” for good reason, as its focus has exclusively been personal injury representation for more than 40 years, and its seasoned attorneys have an average of 25 years of experience in the practice.

Among the most notable cases of Sieben’s career is the class action lawsuit Braun v. Walmart in which he acted as co-counsel and obtained a $54 million settlement for the class of 56,000 Walmart employees who had been deprived of rest and meal breaks. “They weren’t getting the simple things a dignified populous should give to its workers. The message that came out of it was that Walmart changed its policies to make sure hourly workers got those things that state law and their contracts provided for. In a civil society, employers have to follow the law.

Sieben is a great believer in the power of the American jury system to champion the rights of individual citizens and send a clear message to policymakers about the values of our society at large. He is a fellow of the American College of Trial Lawyers and a longtime member of the elite American Board of Trial Advocates (ABOTA). “Trial lawyers are recommended for membership in ABOTA by other lawyers and judges. One of the most rewarding parts of my career has been serving on the foundation. Our mission is to educate the public on the benefits of our jury system and the constitutional guarantee of our Seventh Amendment right to a jury trial. We support education and spread the message about how and why our civil justice system works. In totality our system works beautifully and without violence in our neighborhoods. When someone here feels that something or someone has been taken from them and they want retribution, our civil justice system diffuses that anger and channels it into a much more productive process.”

Further, Sieben explained that other Western democracies do not provide civil jury trials for personal injury claims. “Verdicts are largely given by judges. I think everybody is better off when a panel of peers is providing resolution rather than a government-appointed magistrate.”

Currently, Sieben is co-lead counsel for a case involving a class of Minnesota farmers that will likely have an impact far beyond the borders of Minnesota. “This class of farmers received a greatly reduced price for corn because of what we believe was fraud on the part of Syngenta. They represented that genetically modified corn was approved for sale in the world markets, but when the huge container ships got to China, the agricultural officials there said the mixed GMO/non-GMO corn would all have to be turned away. Any mixture with genetically modified corn is considered tainted. So that put a glut of corn in the world market and brought prices down significantly. This scenario hurt hundreds of thousands of farmers to the tune of billions of dollars.”

Cases like this one are an opportunity for Sieben and his extraordinary legal team to shine, as the firm has both the reputation and clout to garner some of the nation’s greatest legal talent. Sieben is quick to credit the many individuals who make big wins possible, including his colleagues, support team and the experts who are able to “explain complex issues in a simple way.”

Sieben’s daughter, Alicia Sieben, is also an attorney at the firm and a respected colleague. “She is a sharp young lawyer who thinks in ways I don’t,” he said. “She has worked with me on several very complex cases. It is gratifying to see her have the courage to go to court and try cases, and win more than her share. I think young lawyers should be taking more opportunities to try cases. It’s easy to say, ‘I don’t want to try this one.’ But then you are depriving the client of that chance of winning at trial and yourself of great insight into how to try cases and how juries work.”

Several cases stand out in Sieben’s mind as having had a lasting impact on him as a professional and as a human being. Each has one thing in common; each is a sobering reminder of the human cost of avoidable injury and death.

The Occupational Safety and Health Administration (OSHA) was a new and untested entity early in Sieben’s legal career. “It was a new federal mandate in the 1970s and not a widely accepted body of law with the academic or employment community. Since then the law has improved a great deal, and so has its acceptance. Now it’s not a matter of whether or not OSHA applies or is meritorious to save lives. There is now consensus. For example, in the area of workplace safety, OSHA requires employers to put up guard rails where there is a fall potential. We know that when people fall off elevated platforms of more than four to six feet they can be seriously injured. I have seen many bad injuries and even deaths from falls of only four to six feet. What is generally accepted now wasn’t 40 years ago, so it’s turned out well for society. I’ve always believed in the maxim, ‘A fence at the top of a mountain is far better than an ambulance down below.’”

Sieben courageously and passionately stands for the rights of others, ensuring that Minnesotans are afforded the protections and dignities of a civil society. “What’s really important is cooperating with all of the stakeholders in the civil justice system, whether working with defense lawyers and judges, or working on bipartisan committees to shape what happens in Congress,” he said. “We all want to see the system work.”