“You can wither and fade because the odds are against you or you can choose to fight and make your own journey,” says Judge Ashley Bradford Wysocki of the 44th District Court of Dallas County.

As an attorney and as a judge, Wysocki has faced numerous challenges in her rise through the legal system, but nothing matched the stage-four oligometastatic breast cancer diagnosis she received at the age of 37. The news came while she was not only breast feeding her 18-month-old daughter, but also just 18 months after being appointed to the bench.

One of Wysocki’s strengths is her common sense – an ability to evaluate the facts of a situation and apply them to the challenge or opportunity at hand. That ability was a major factor in the ongoing success of her personal and professional life.

“When you receive this type of diagnosis, the statistics will take your breath away. I realized quickly, however, that with the medical science we have today you really can’t accept those statistics. Those numbers are retroactive and then it takes time to publish the results. I knew the scientific advances were ahead of those statistics. I believed I could overcome those odds,” she says.

Other than the birth of her children, Wysocki had never been hospitalized, never had any major illnesses, and was in perfect health. As one of only two Republican incumbent district judges in Dallas County facing an uphill election, Wysocki was familiar with having the odds stacked against her professionally. Suddenly, she was living a personal life where the deck was stacked against her as well.

“We decided to throw everything at it we could. We hit it from all angles,” she says. “I really had no option. My children mean more to me than anything in the world. I had to fight for them, even when it felt insurmountable.”

She endured chemotherapy followed by six rounds of targeted radiation and then 33 rounds of radiation to her chest. Surgery and medication followed.

Wysocki found another source of strength in a renewed relationship with God. “I recognized that I had neglected my relationship with God. And I really turned to God to get me through this. I also had amazing support from my family, friends, and the community, who called themselves ‘Ashley’s Army.’ You have a choice. You can either accept that the odds are against you and cower or fight. We went to war, and we won. In the beginning of October, I had my first post-treatment scan, and I had no evidence of the disease. Now it’s just about keeping it like that,” she says. 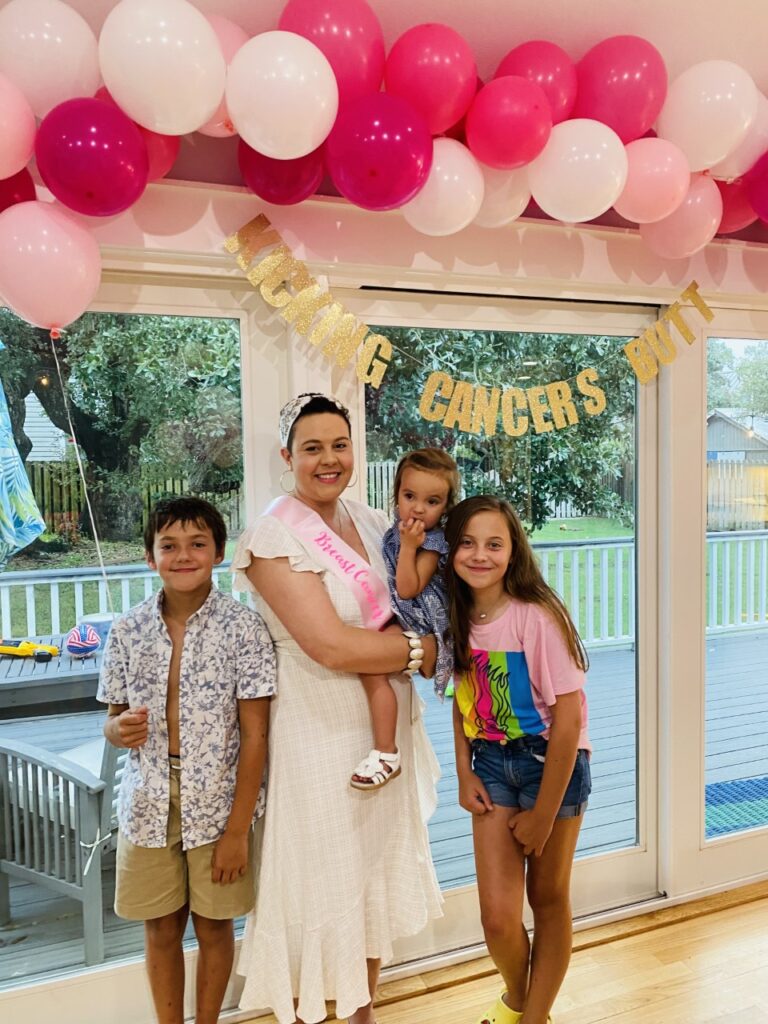 You can wither and fade because the odds are against you or you can choose to fight and make your own journey.” 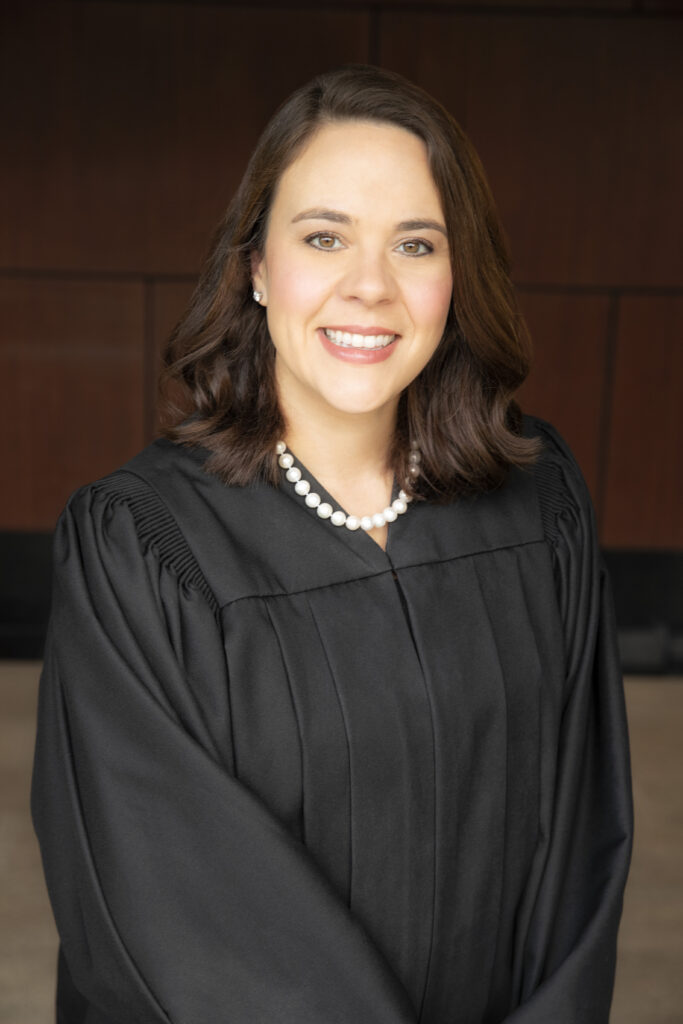 I was blessed as an attorney to be in a collegial firm with people who felt like family, but when you’re the person who now is having to make all the decisions it can be isolating.

Wysocki knew she wanted to be a judge before she wanted to become an attorney. Early on she recognized that she had invaluable skills for both occupations and a desire to serve her community. She has always had the ability to see things from all angles – to understand one side’s position and then be able to research the facts unaffected by personal bias or viewpoint. “From an early age, I wanted to be the person in the position who made the decisions. It was always something I wanted to do.”

She enjoys especially the sense of purpose found in sitting on the bench – the ability help make people’s lives and the community better. Part of that is instilling a sense of justice in the court process. “As a judge, my job is to understand the law and apply that to the facts. When litigants trust that the judge will do just that, then they can trust the judicial process which in turn supports the integrity of our system of government,” she says.

She notes that sometimes sitting on the bench is a lonely position. When she took the bench, another judge told her that she would often feel like someone on an island of their own. “That’s true. I was blessed as an attorney to be in a collegial firm with people who felt like family, but when you’re the person who now is having to make all the decisions it can be isolating. And then you throw in COVID-19, that’s even worse.”

Wysocki says what gets her through even the toughest days is her children and the knowledge that people are only on this Earth for a short period of time. “The only one who knows how long that time is going to be is God. My job while on Earth is to do what I can first-and-foremost to earn eternity in Heaven. Second, is to do what I can on Earth to make it a better place. God has put me in a position to be able to help others through legal services and providing a court system people can trust. I am blessed to be in this role.”

Gov. Greg Abbott appointed Wysocki to the 254th District Court January 28, 2019, to replace Darlene Ewing. Her cancer diagnosis came during the lead up to the November election date for that position. Wysocki decided to focus on her health. She lost the general election in 2020.

Abbott appointed her to the 44th District Court in February 2021. “I am so blessed to have had the support and confidence of so many,” says Wysocki.

The appointment was not without challenges in addition to those of presiding over legal cases. The appointment came in the middle of her radiation treatment. She would drive to radiation at 7:30 in the morning and then drive directly to the courthouse afterward. Her dual focus on her health and her career has paid off. Her recent tests show she is cancer free, and she is currently an aggressive candidate in the election for 44th District Court.

“Now, we’re looking at another uphill and against the odds fight. The community knows who I am and what I stand for. I run an efficient courtroom with integrity and preparedness. With me, the community, the attorneys as well as the litigants, can trust that they’re getting an unbiased and fair judge who cares what she’s doing and who knows the law,” Wysocki says.

Getting Back to Some Basics 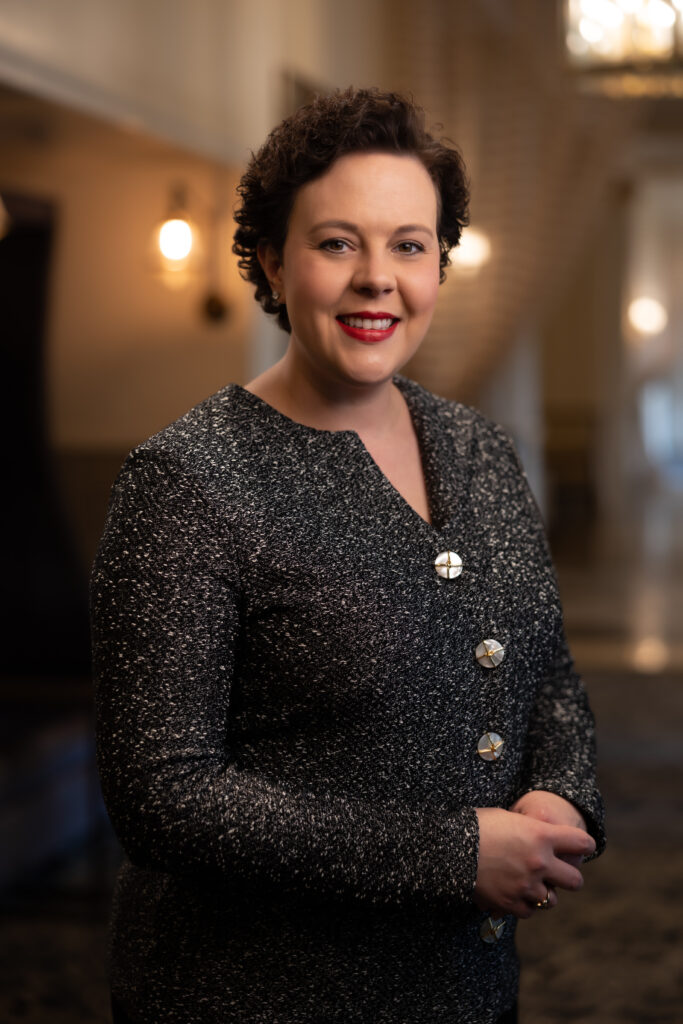 Wysocki embraces the benefits of the electronic courtroom, but is committed to honoring and maintaining the importance of the physical courtroom to the individual citizen, the families, and the organizations that make up a community. While Zoom meetings are practical and efficient in many cases, nothing replaces the act of being physically in the courtroom. It’s the symbol of the legal system for most communities.

“I think it is important that we don’t lose the solemnity and importance of what we’re doing. The courtroom is a visual representation of the judicial system. You can’t replicate that in a virtual medium. While remote hearings were extremely beneficial for keeping our system moving, I believe it’s so important to return to the actual courtroom because the building, the courthouse itself, sitting in that courtroom and sitting in front of the judge, being on the witness stand, is vital to our system of justice.”

“I know the importance of the legal system in a community. It’s my job to ensure everyone has equal access to justice and a fair trial, and to instill a sense of confidence in our system of government through thoughtful, measured rulings. That’s what I’ve tried to do on the family bench and on the civil bench as well, and that’s what I intend to keep doing.”

Pol. Ad. Paid for by the Judge Ashley Wysocki Campaign, Hon. James Stanton Treasurer, in accordance with the Code of Fair Campaign Practices.