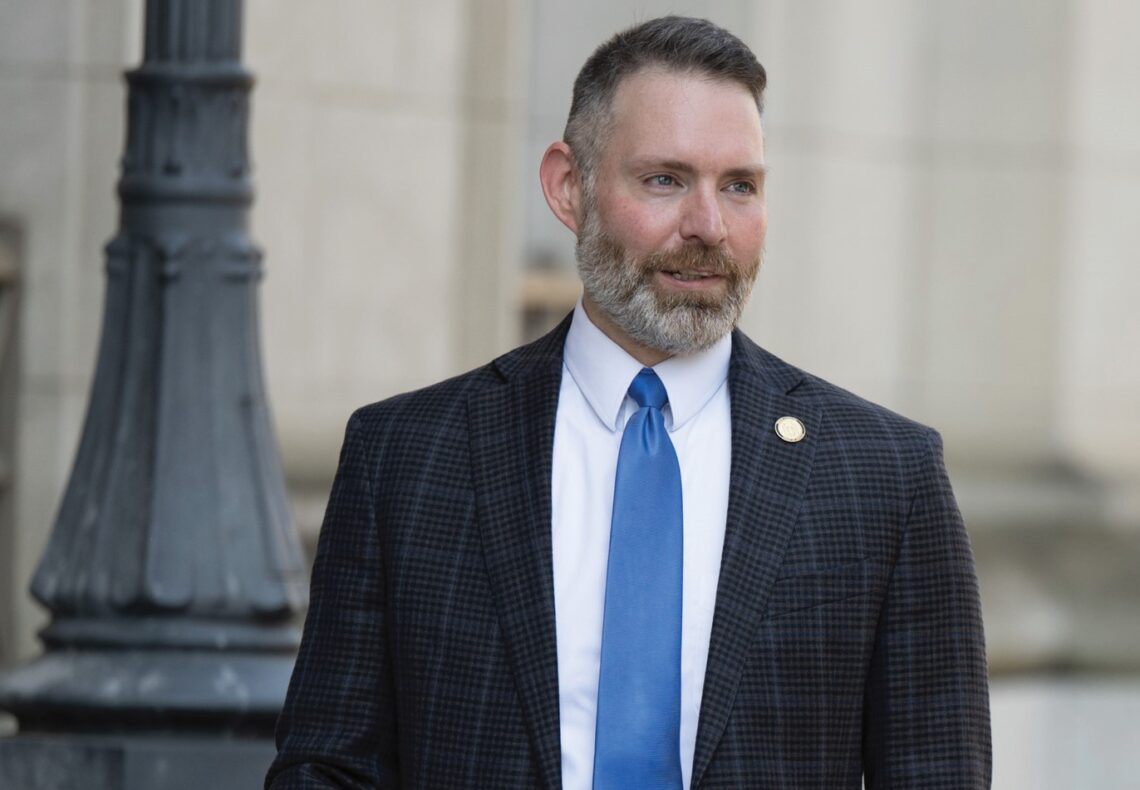 “I am worried that the public is increasingly seeing the judicial branch as another political branch,” said NC Court of Appeals Court Judge Richard Dietz, who is running for the seat on the NC Supreme of retiring Justice Robin Hudson against Court of Appeals colleague Judge Lucy Inman.

“I think the way to push back and show the public how important the judiciary is, and the value of judicial independence, is to be able to show that the justices on the Supreme Court are not seven individuals on a political mission,” said Dietz. “They are there to work as a group to help shepherd the law in North Carolina.”

ROOTS OF A CONSENSUS BUILDER

Dietz’s family is from small mountain towns from Blowing Rock all the way up to central Pennsylvania. He said he comes from a “mountain family” of railroad and telephone workers.

“I grew up in a small town. My mom died when I was younger. We were pretty poor, so she didn’t have health
insurance and had to fight to get Medicaid to get treatment,” recalled Dietz.

“That had a big influence on me. It’s how I see the law. It’s why I do a lot of work on access to justice. My mom knew no lawyers and had no way to talk with a lawyer. She was doing all that by herself. I learned how different people view the legal system.”

After graduating from law school, Dietz clerked for U.S. District Judge Sam Wilson and Fourth Circuit Judge Emory Widener. He then followed his wife’s career to Washington, D.C. and worked for a large firm before moving back to Winston-Salem. Along the way, he encountered a lot of second and third-generation attorneys who had a different worldview than he had. “It’s good to have judges with a lot of different perspectives, especially on a Supreme Court where you have to work to build a consensus with your colleagues.”

To that end, Dietz, who has served on the Court of Appeals for eight years, proudly states that he has the longest record of any judge for never having written a dissent.

“I’ve drafted a lot (of dissents), but I’ve always been able to persuade at least one other colleague about my views. The idea is to be able to hear other people. Opinions are a lot stronger when you can talk through the law. The Supreme Court needs the sort of leadership and consensus building that I have shown on the Court of Appeals.”

Dietz also wants the Supreme Court to focus more on areas of conflicting lower court decisions. “I’m going to
push for spending time writing concise, well-reasoned decisions on areas of the law where there is disagreement to provide guidance.”

Dietz’s goal of making the law accessible and understandable manifested itself in 2020 when summer internships for law students dried up because of the pandemic. Dietz and then-judge, now Justice Phil Berger, Jr., created an online Summer Appellate Seminar via Webex for law students. The program received national media attention and inspired similar programs in states ranging from Alabama to California.

Dietz then created the North Carolina Constitutional Academy, an online program to teach high school students
about the Constitution and the Bill of Rights. “I had a freelance artist create a bunch of comic strips of fictional
aliens called the Goobers. They were blobs of slime that climbed out of the primordial goo and had to form a society.” Dietz used the Goobers to help students understand why the Framers chose to include each right in the Bill of Rights.

His latest project is a series of animated videos on YouTube called, Judge Dietz’s Animated Treatise, that offer practice tips for lawyers and a chance for the public to see inside the work of our state’s appellate courts.

FROM PHYSICS TO FISHING

The flip side to Dietz’s interest in teaching the law is his off-the-clock passion for the great unknown. He enjoys listening to podcasts about astrophysics. One of his favorite physicists is Sean Carroll. “Sean explained ‘the many worlds theory.’ It’s bonkers,” said Dietz. “Think Schrödinger’s Cat theory. There really are two worlds. One where the cat is dead and one where the cat is alive, and you’re in one world and will never interact with the other.”

When Dietz wants to give his mind a break from the law and the mysteries of the universe, you can find him sharing a passion for trout fishing with his dad.

With the expected flood of post- Labor Day political advertising, Dietz hopes the Supreme Court races will rise above the politics of Democrat versus Republican. “The public needs to see our state’s highest court is not a group of people with a political mission but that they are a group of people there to do the job of the state’s highest court—which is to protect and shepherd the law so people know what the law is and can get their disputes resolved fairly.”

“The pitch I make to lawyers is that the single most important job the Supreme Court can do is maintain the certainty and stability that we have in our jurisprudence. I think the idea that the law is going to swing back and forth based on the composition of the Supreme Court is troubling for me and, I think, troubling for a lot of lawyers. If you look at my decisions, I’m highly doctrinal. I believe strongly the courts should commit to stare decisis.

“The one thing you want if you encounter the court system is to be able to understand what is the law and know going into a case should we settle this, should we negotiate, or take a plea deal? Having the law rapidly changing is harmful.”

Dietz plans to fix that as a Supreme Court justice. “I’m a consensus builder, that’s the message I have to the public and the bar.”