Sapientia Law Group: Governed By More than the Law 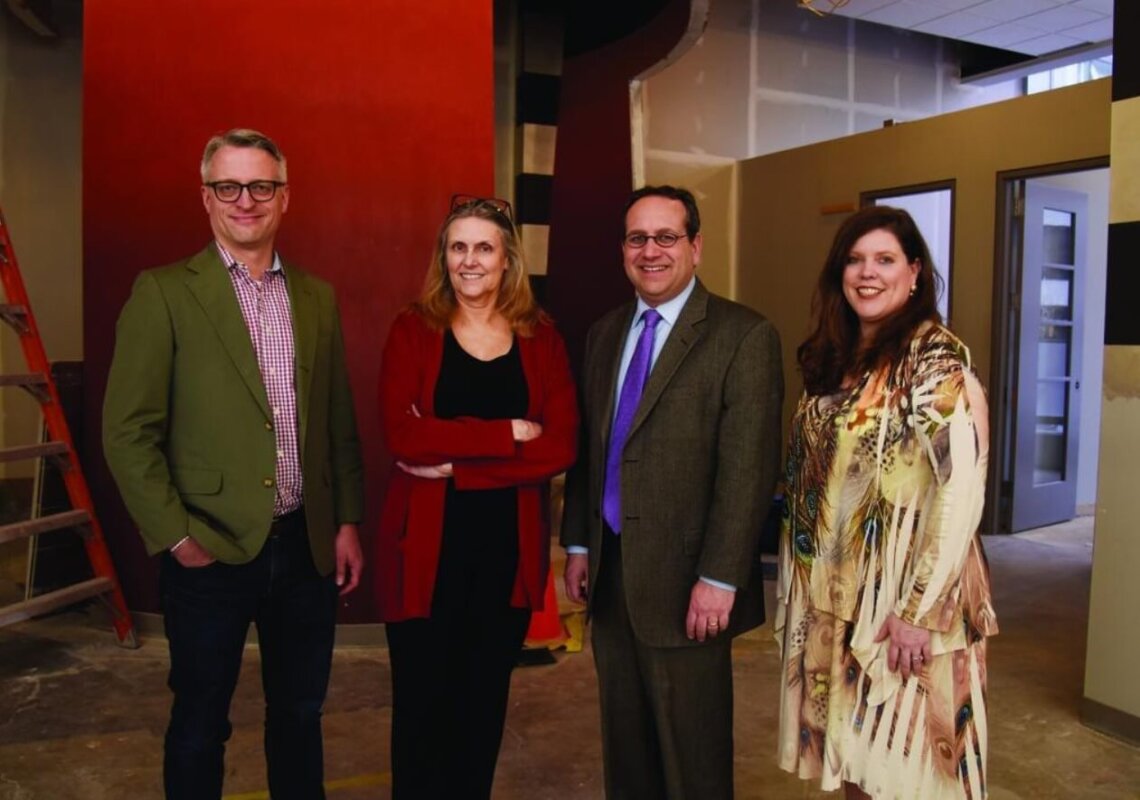 In the law, as in life, there are moments that call for compromise. But according to Sonia Miller-Van Oort, co-founder of Sapientia Law Group, there is never a time for compromising one’s values. Reflecting on her firm’s eight-plus years as defenders of justice, champions of diversity and innovators of the law firm model, she says she and her colleagues remain committed to adapting elevated methods for serving their clients, community and the profession.

When Miller-Van Oort and five other attorneys established this diversity-focused law firm in 2011, they declared its guiding principle right in the name. Sapientia — wisdom in Latin — has been the touchstone for every decision, with an eye to expanding upon the traditional law firm model to create an inclusive, collaborative practice that delivers extraordinary results and singular value. The firm has grown to 10 attorneys who are united in delivering outstanding legal representation in a variety of business-related matters, and its client roster has continued to flourish alongside its reputation for uncompromising legal representation. In 2019, Sapientia Law Group received the Diversity & Inclusion Award from “Minnesota Lawyer,” and in 2018, the firm was honored by the National Association of Minority and Women Owned Law Firms as “MVP Law Firm of the Year.”

Miller-Van Oort’s contributions to the profession include her service as a past president of the Hennepin County Bar Association, past president of the Minnesota State Bar Association, and her current role on the American Bar Association’s Standing Committee on the Federal Judiciary. She is Sapientia’s president and chief manager. She explains how Sapientia’s model differs from the “traditional” law firm concept. “I tend to think of traditional firms as organizations that are largely founded on hierarchy, a pecking order and valuation of people based on that structure. You see that reflected in how a firm operates, the titles it uses, the name of the firm and even by how internal offices are laid out. Hierarchy dictates what kind of interactions are acceptable between people in different echelons of the firm. Decision makers are historically individuals who are rainmakers and/or those who have specific connections with important clients. But when you step outside of the world of law firms, you see corporate and management structures focused on strengths and skillsets that are needed for particular leadership roles. So, being the top salesperson is valued, but it may not translate to being the CEO, sitting on a finance committee or even being a manager.”

“We are striving very purposefully to do things differently,” she says. “From the beginning, we’ve tried to take ourselves out of the mindset of, ‘What should we do as a law firm?’. Instead, we focus on what innovative businesses are doing, what makes them work, and how we can take those ideas and put them into a law firm model.” To that end, Sapientia maintains an Innovation Advisory Board made up of thought leaders from the legal and business communities, and from organizations both small and large. “It has provided us with a resource to learn from and created accountability because these individuals have invested in our success.”

With a flatter management structure and more transparent working environment than the typical law firm, team members understand exactly what is being valued and how compensation is derived from those values. Miller-Van Oort explains, “Practicing law is never easy, and managing a business is never easy, but having clear principles, goals and metrics makes it easier. We recognize that there is room for improvement for every single person here, and for the firm, always. If something is not working well, we call it out. The only way to keep improving is to have candid communications. The business upside is productivity, efficiency, no office politics and a positive workplace culture.”

She continues, “One of the things I’m most proud of and that does work well is our well-defined compensation structure where everybody knows exactly how it works. We’ve taken the values of the firm and assigned a monetary value to them, so that each person knows how they will be rewarded at the end of a profitable year. By assigning specific profit to each value we have, we are putting our money where our mouth is. As an attorney, there are certain areas that I know I’m good at, and some where I’m not as good. You can be a huge revenue generator and be rewarded for that, but our system mandates acknowledgement of the other compensated values and the need for people in the firm to excel in those categories as well. Whatever model you’re using, it needs to be transparent so that people are clear on how their contributions will be measured and rewarded.”

For the last eight years, approximately 55 percent of Sapientia’s annual revenue has come through adaptable billing options, evidence that clients love working with a diverse and collaborative legal team that delivers services via alternative means. “There is a lot of talk by firms recognizing that this is what clients want, but few can say they are consistently using alternative fee structures. This part of our model has been well received, and what flows from that is when lawyers are no longer working under the billable hour, they work more as a team. The client is no longer concerned with how many people are working on the file and how much time is being expended. They get a bigger, better team without necessarily paying more, and with it, better results.”

Early on their journey, the business-minded attorneys at Sapientia were faced with a situation that challenged their commitment to their stated values. A defense-oriented litigation firm, the group was presented with a plaintiff ’s case involving violations of the federal Driver’s Privacy Protection Act (DPPA), which safeguards the personal information of licensed drivers from improper use or disclosure. “What happened was an explosion that got a lot of news attention locally and nationally, and resulted in the legislative auditor of Minnesota doing an inquiry. A 2013 report found that at least 50 percent of law enforcement were making questionable and improper accesses of drivers’ personal data, especially that of women. People experiencing odd or concerning interactions with law enforcement started calling, and our firm took on select cases for about 30 different plaintiffs.”

This fledgling firm decided to stand up to government entities and fight for justice and accountability, despite the demand of resources, the political controversy and uncertain outcome in this seldom litigated area of law. As a result, they are not only known for their complex business practice and clientele, but they have since become national DPPA authorities, with significant jury wins and many favorable negotiated settlements on behalf of their clients.

Miller-Van Oort makes it clear that the firm’s values are not negotiable. “The DPPA cases were not what we planned to step into as a firm, but the issues were important, and someone needed to take them on. One of our values is to make a difference, and I think this is an example of us trying to do that. We said from the beginning that our non-traditional law firm would either fail or be a great success, but we’d do it our way. We remain committed to our underlying premise to keep innovating and improving. Clients are demanding new and better methods of services, and attorneys are realizing they can (and need) to approach the practice differently. It’s risky when you deviate from the status quo, but we believe it has been necessary and rewarding.”