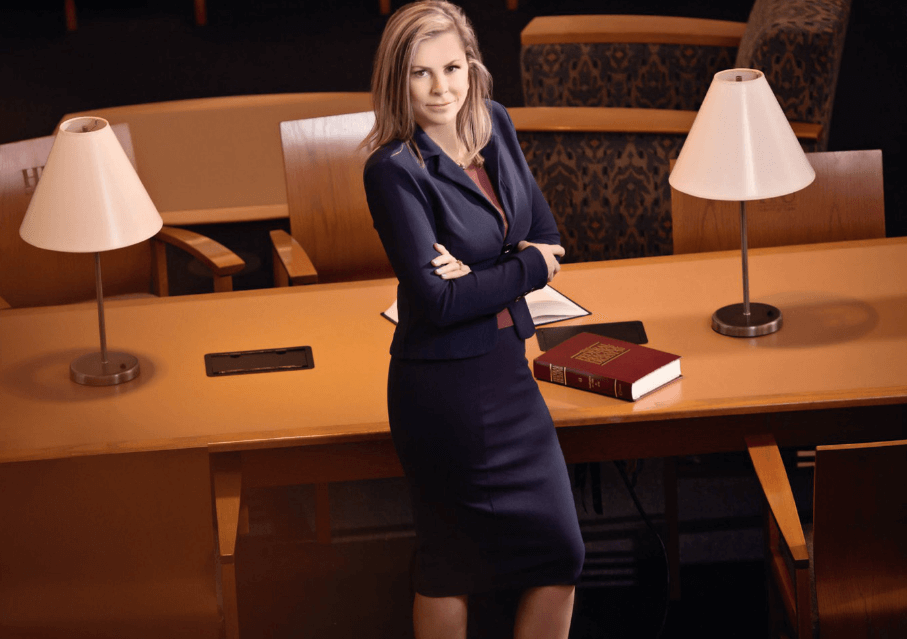 “Divorce and other family law conflict is a journey like none other, pushing you to and beyond your limits,” says Stuart Knotts Skok, a celebrated matrimonial and family law attorney and this month’s Attorney of the Month. “It is not a journey to ‘win’ at all costs. Revenge is not the goal and carrying resentment only holds you back. Instead, it is a journey for your new life, which you design and follow based on what matters most to you and your family, now and when you look back in five, 10 or 15 years.”

Skok effectively paints an articulate portrait of her beliefs and how she has chosen not only to practice law, but to live her life. Compromise is a word not typically championed by high-powered attorneys, and yet Skok believes in the value of seeking an end result that strives to be fair to both parties. While she’s always been a proponent of a fair-minded approach to every aspect of life, Skok became further committed to this avenue of law following her own divorce.

FOR THE CHILDREN’S SAKE

In 2013, Skok was facing the prospect of becoming a single mother to her 8-year-old son with Down syndrome and 11-year-old daughter. She embraced the sobering reality that “winning at all costs” was not the path to ensuring her children’s welfare, or the future she wanted.

“I was prepared to compromise in whatever way made the most sense, so that both of us landed in a good place for our kids,” Skok says.

It’s an experience that has influenced her practice of law ever since. It also opened her doors to a highly specialized group of parents who, like herself, face the additional challenges that come with raising a special needs child.

“There’s a huge ripple effect to doing it the right way,” Skok says. Evidenced in part by her receipt of Christmas cards each year from clients thanking her for how their lives, and their children’s lives, have turned out.

“That’s an incredible feeling and amazing validation that what you’re doing is the right thing.”

Skok reminisces how the birth of her son changed her life. “Until then, I had never even met anyone with a disability,” she recalls. This caused her to develop a compassion for others in similar situations. “When my son was born, it threw my life in a whole new direction. My personal experience in raising him and dealing with the daily challenges has definitely helped me better serve parents in similar circumstances whether in a divorce situation or a custody issue.”

Skok sees this segment of her practice growing. “For whatever reason, the incidences of children born with disabilities seem to be on the rise,” she says. “And if you don’t have any kind of insight into the dynamics or how it can impact a marriage, how do you negotiate effectively? Knowing how to help your clients with disabled children is a whole separate field.”

Highly regarded for her expertise in this specialized area, Skok was recently asked to present a seminar that dealt exclusively with handling divorce cases involving special needs children.

“There is a dramatic difference in how you approach a case where there are special needs children,” Skok says, “and if you are not tunedin, there is so much that can be overlooked. I’ve been able to develop that niche within family law.”

Skok began her career with her own law firm, Muntzing & Skok, Chartered, but soon merged with a larger firm where she found mentors to help her learn the practice of law the way only a seasoned lawyer can teach. She became a named partner in that firm, as well as her subsequent firm of Houlon, Berman.

Skok always has enjoyed creating and running her own business, and on Dec. 1, 2017, she proudly opened the doors of Stuart Skok Law LLC. With the birth of her new firm, Skok can apply her own ideas and standards according to her vision.

“My greatest challenge in launching my own firm is that I want to create something new that expands in a way that strategically makes sense, financially makes sense and that fits within my vision,” Skok says.

“Right now, I am associated of counsel with David Bach, who has his own family law firm. We associate in terms of overflow work and serve as co-counsel on cases,” she adds. “I’d like to continue to grow in that way and have the ability to refer the overflow work that I have to other lawyers as well.”

Most people are either right or left-brain dominant; the right being associated with cognitive skills such as creativity, emotion and intuitiveness, while the left is considered to be more logical, analytical and objective. Skok is blessed with a heritage that is abundant in the strengths from both.

Her paternal grandfather, the late Gus H. Muntzing, was a judge of Hardy County, West Virginia, and her father, L. Manning Muntzing, was a renowned international nuclear lawyer in Washington, D.C., and former president of the American Nuclear Society.

Skok’s mother was a professional musician, entertainer and founder of the Potomac Theatre Company, and still performs regularly to the delight of her fellow retirement community residents. Described by Skok as “beautiful, talented, and fun – with limitless energy,” her mother made certain Skok and her three sisters were given a proper introduction to the theatrical world by giving each of them a “show name” just in case.

“My real name was Kimberly Stuart Muntzing,” explains Skok, “so that my ‘stage name’ would have been Kimberly Stuart. I could have gone by Kimberly but I knew from an early age, in the first grade, that I preferred my middle name. After I got married, I had ‘Kimberly’ legally removed from my name.”

It’s clear to see the influence Skok’s father had on her life as well. Her father’s advice left a lasting impression on her.

“He always told me, ‘If you’re going to do something, do it in a way that matters,’” says Skok. “What I took from that is if it’s something worth doing, then it’s worth putting forth your best effort. Be passionate. Think of it as leaving your legacy, and when you’re done, you can look back with pride. Only you can set your limitations.”

Her father’s words carried particular weight because he lived what he preached. Coming from a tiny town in West Virginia, his education spanned three ivy league schools including Harvard Law.

“He told me that he refused to be defined by where he was from,” says Skok. “He wasn’t about to let being from a small town prevent him from attending the best schools. Yes, he was an exceptionally intelligent man, but his success also was because he did not allow others or outside factors to set his limitations.”

In this way, Skok is most certainly her father’s daughter. As a member of the University of Denver’s debate team, she was innervated by the challenges. The act of thinking on your feet coupled with the ability to respond instantly with a sound and effective argument resonated with the college student. It didn’t take long for her to realize that a career in law would offer this same exciting stimulation.

Skok has accrued a long list of impressive accomplishments over more than 20 years in her career. Over the past 10 years, she consistently has received many peer-rated awards.

Certified in collaborative law and divorce mediation, Skok is routinely appointed by the court to act as a best interest attorney representing minor children in divorce cases.

Skok also is the author of the Handbook on Separation and Divorce in Maryland, now in its fourth edition. The book is a simplified guide for those facing divorce.

With locations in both Montgomery and Frederick counties, Skok has entered a new chapter in her life with the successful launch of a firm that reflects her doctrines and her passion.

“That’s where the reward is,” Skok says. “Once I decided that I don’t have limitations, I’m free to do whatever I want.”