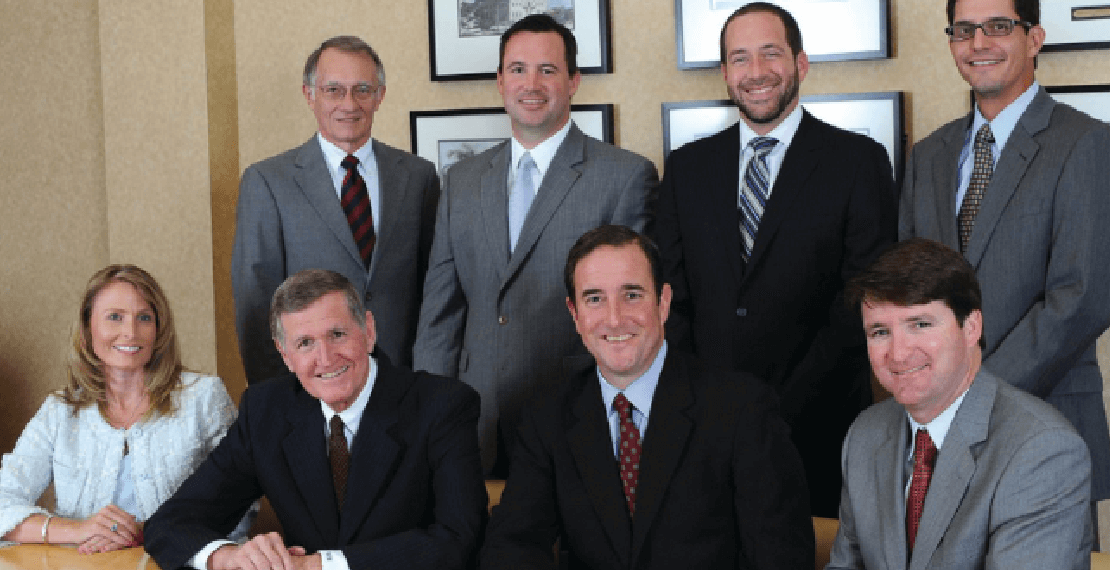 The Haggard Law Firm, P.A.: Advocating for Victims Beyond the Courtroom

A firm noted for achieving unprecedented awards on behalf of its clientele, The Haggard Law Firm has proven that its attorneys excel beyond any single trial. Leaders among their professional colleagues and incredibly well-versed in their respective areas of expertise, the firm’s accomplished lawyers are not only advocates for their clientele; they are fervent activists who have successfully lobbied for widespread change. “We want to impact the way things work, to impact the actions of companies and corporations,” remarks Michael A. Haggard. “Ultimately, we are looking to amend behaviors through local, statewide and federal legislation.”

Founded by Michael’s father, Miami native and Senior Partner William Andrew “Andy” Haggard, the firm upholds a legacy of success established through years of innovative and caring practice. A personal injury practice, notes Michael Haggard, is one “that is in a constant battle with the world around us.” He acknowledges, “Personal injury lawsuits are often viewed as problematic or even frivolous. But the bottom line is that when it happens to your family, you see things differently.” Haggard continues, “When it’s your child who has been entrapped at the bottom of a Jacuzzi or pool and eight people can’t pull him out, it becomes intensely apparent why the civil justice system is so important. The fundamental truth is that corporate America is concerned with the bottom line, but the problem is when the bottom line takes precedence over safety and the preservation of life. This corporate philosophy forces civil litigation to become the catalyst for safety-related changes on a state and federal level.”

He is succinct, unapologetic. Haggard’s candor reveals a deepseated belief in his professional purpose, which extends well beyond a given judgment. Haggard and his colleagues truly aspire to make this world a safer place, and they’re taking measures to accomplish those goals. Speaking regularly at industry summits across the country and around the world, the attorneys with The Haggard Law Firm are recognized as experts in their respective practice areas. Achievements aside, practice partners and associates are a tight-knit group. The firm is family-oriented: joining two generations of Haggards is Michael’s brother-in-law, Douglas J. McCarron. While the remaining team of attorneys and support personnel aren’t related, they are, notes Haggard, “like family.”

Andy Haggard served as a judge advocate (JAG) in the United States Air Force. After earning distinction as the youngest ever military judge selected in the field of trial litigation, he embarked upon an accomplished career as a civilian attorney. Among his notable successes is the 1976 $5.3 million verdict in Stead v. Riddell, in which a permanently and severely disabled high school football player pursued damages from the manufacturer of his inadequate helmet. For his family, the victory signified far more than a substantial payout; the settlement monies allowed the family to provide long-term care for the young quadriplegic.

Haggard and his firm were also instrumental in the passing of the Virginia Graeme Baker Pool and Spa Safety Act of 2007. Proof that hope triumphs over tragedy, the legislation provides incentives for states to adopt comprehensive pool safety laws to protect individuals from life-threatening injuries and untimely deaths caused by dangerous pool and spa drains and pumps.

After joining the firm as a professional partner in 2001, Michael Haggard has diligently upheld the tradition of excellence established by his father. A specialist in pool drowning accidents, negligent security, wrongful death, unsafe premises insurance coverage matters and products liability, he won national recognition in 2003 after achieving back-to-back $100 million verdicts in cases pertaining to children involved in pool accidents. A third $100 million verdict was awarded by a jury in 2007 in a negligent security case, deemed to be the largest of its kind for that genre of case law.

Partner Jeannete Lewis clerked with Michael Haggard after graduating cum laude with a juris doctorate from St. Thomas University School of Law in 1993. A specialization in general aviation, international personal injury and federal practice divisions has led to successful cases worldwide. Her accomplished career has been best defined, she says, by the relationships that have been cultivated and nurtured throughout the course of her cases. “We don’t work with cases or clients,” she states. “These are people and families with immediate and long-term needs, and I appreciate the opportunity to work with them.” Empathetic and incredibly proficient, Jeannete is a standout within her area of expertise.

For over 10 years, Douglas McCarron has focused on representing victims of serious and catastrophic injury including individuals suffering from construction or auto accidents, negligent security, pool drowning and wrongful death. McCarron became a firm partner in 2007, joining his father-in-law and brother-in-law in a shared professional and philosophical vision of the firm’s purpose. “We are here for our clients,” he asserts. “Their best interests are at the heart of our actions. Our firm doesn’t just state that. We live it.”

Within his first four years with The Haggard Law Firm, attorney Christopher Marlowe secured nearly $15 million in settlements and trial verdicts on behalf of his clients. He is recognized as a well-rounded professional with knowledge of a range of personal injury cases including negligent security, pool drowning, auto accident, and wrongful death.

Todd Michaels, who joined The Haggard Law Firm in 2009, utilizes the significant trial and courtroom experience he gained as a criminal defense attorney. His high-profile cases include the representation of the family of Juan Carlos Rivera, a Coral Gables Senior High School student who was murdered on campus by a classmate. Todd has also served as first chair on a number of matters, with a specialty in premises liability and negligent security cases.

Jason Brenner joined The Haggard Law Firm as a law clerk in June 2009. He has since worked his way up the ranks, first as a research attorney and most recently as an associate attorney with the firm. Brenner handles an array of cases for the firm including negligent security, auto accident, wrongful death and other personal injury cases involving catastrophic injuries. He was an integral team member of the Amanda Slone v. Cornerstone case, which was awarded $1.6 million via jury verdict in June 2011.

The Haggard Law Firm is a unique entity. Despite its status as a boutique office, the firm is known for its willingness to engage in high-profile cases bearing significant financial risk. “For over forty five years we have represented victims and their families without reservations,” remarks Michael Haggard. “We understand that a case or trial may be the only shot a family has to achieve resolution following a devastating incident. We care, and we take it to heart knowing that we have the opportunity to make the ultimate difference in our clients’ lives.”

The Haggard Law Firm has earned a reputation for precedent-setting cases. In December 2001 the firm obtained the first verdict in the nation dealing with the issue of cell phone distraction in automobile accidents. The firm’s client, 70 year-old Alicia Bustos, was a seat-belted passenger in a car that was violently struck at a Hialeah intersection by a driver talking on his cell phone. Left with catastrophic injuries requiring permanent bedside care, the woman eventually passed away. The defendant, who was conducting a business call while driving in his capacity as a salesman for a lumber wholesale company, stated to attorneys that he was not using his cell phone just before the impact. The diligent efforts of Andy Haggard and Michael Haggard proved otherwise; after subpoenaing cell phone records they revealed that the driver’s call coincided with the fatal crash. This influenced the jury’s decision, and the result was a $21 million verdict, the largest personal injury verdict in Miami-Dade County’s history at that time.

Dealing with catastrophe on a daily basis can be emotionally burdening, but the attorneys and staff at The Haggard Law Firm maintain empathetic perspectives in their professional endeavors. “We connect with our clients,” asserts Lewis. “The cases may resolve, but our relationships do not.” That the relationships established during active cases remain beyond resolution is a testament to the firm’s commitment to the well-being of its clientele.

When a case may mean the difference between life and death for a client in need, the resources and expertise of the professionals at The Haggard Law Firm are invaluable elements to success. The firm has embraced technology, utilizing it to better relay its clients’ stories in trials. Their preparation is inimitable, says McCarron. “We address every detail in a case,” he asserts. “Defense lawyers know that. There are no surprises with us.” Unparalleled knowledge, too, distinguishes the firm. Notes McCarron, “Our lawyers are seasoned, comfortable in front of juries. There’s no substitute for experience.”

Its boutique size allows the partners, associates and personnel of The Haggard Law Firm to maintain a distinct level of congruency and cohesiveness. “We have purposely designed our practice to maintain the integrity of the process,” states Andy Haggard. “I wholeheartedly believe that the smaller you are, the better your firm will be. We work incredibly well together, and that resonates in our relationships with our clients and in our history of success.”

The Haggard Law Firm and its attorneys have earned professional accolades including the title of “Best Law Firm” by U.S. News & World Report, in recognition of the firm’s successful verdicts and lobbying efforts. The firm prides itself on membership in the International Academy of Trial Lawyers, an elite group of accomplished attorneys.

Accomplished, innovative and empathetic, the attorneys and personnel at The Haggard Law Firm remain focused on their roles as advocates and representatives of individuals in need. They look forward to continued success, and to contributing to initiatives designed to improve the safety and quality of life for all.