Tom Mesereau: The Man. The Trial Lawyer. The Speaker. 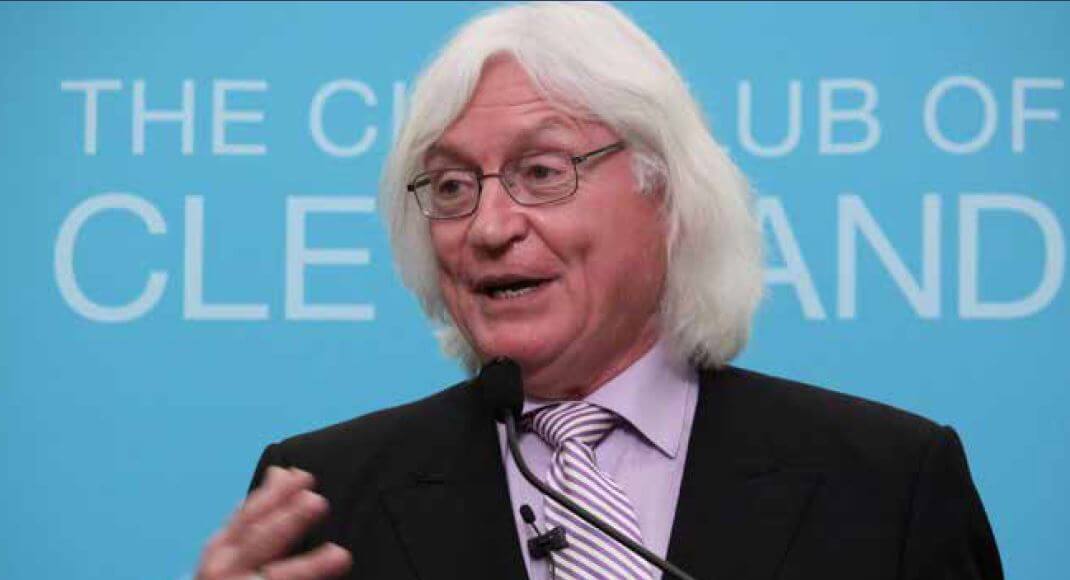 Many know him as the attorney who acquitted Michael Jackson. To those who work with him, however, Tom Mesereau is much more than a chapter in Wikipedia. A renowned criminal defense attorney, he has successfully represented a wide array of white-collar criminal cases and represented many facing death row.

Mesereau has won three consecutive white-collar criminal cases before federal juries in Los Angeles. He was the first and only California criminal lawyer to obtain bail over prosecution objection for a client facing the charge of murder with special circumstances (actor Robert Blake). He was the first criminal lawyer to call an expert witness on cross-racial eyewitness identification in a death penalty trial in Alabama. The client was acquitted.

Beyond his success in the courtroom, Mesereau is a proud representative of the legal community, encouraging youth to find their way through education.

Mesereau was first propelled toward the legal field at the behest of his father, who had regretted not pursuing the career while at the United States Military Academy, West Point.

As a lawyer, you could say Mesereau has walked in everyone’s shoes. He was initially hired on as an associate at a national civil litigation firm; he then flirted with a career as a prosecutor before realizing it wasn’t the right fit; moving into a role as general counsel, he gained national exposure. At that point, Mesereau found his calling in criminal defense.

“Every career move began with an interest in the work,” Mesereau said. In criminal defense, however, he found his passion.

“I knew very quickly that prosecution didn’t fit,” he said. He was assigned to the juvenile court. During his tour of the facility, he passed a young woman on suicide watch. “To my horror, I soon realized that she was my first case. Looking over her file, I saw a history of physical and emotional abuse. She was arrested for shoplifting from a department store. It was a slam dunk case. After winning and being congratulated by my colleagues, I knew prosecution wasn’t right for me.”

“Criminal defense lawyers are a different breed. I’m a strange combination of sophistication and the street,” he said.

He was always fascinated by famous trial lawyers, marking Melvin Belli’s volumes of “Modern Trials” as one of his most prized possessions. In his final semester in law school, he attended a trial practice class in which a sitting San Francisco Superior Court judge told him he had exceptional talent and should pursue the courtroom. “This is where I would shine,” he said.

Over the years, Mesereau has come to see his compassion for others as a strength in trial. “I like knowing about and empathizing with people,” he said.

In his early years of criminal defense, Mesereau represented many gang members. “It was south L.A., the home of the Bloods and Crips. I became more effective because I cared; I was able to humanize these kids.”

This insight into the local community encouraged Mesereau to reach out to the youth. He often speaks at local schools, encouraging students to meet their potential. “I spoke at a charter school once,” he recalled. “It was kind of a last resort school; the students had already been kicked out of every other Los Angeles school. After my presentation, a young woman came up to me and told me she wanted to become a lawyer. No one had ever encouraged her this way. She showed me the scars on her forearms and legs from drive-by bullets.”

Mesereau believes it is a duty of lawyers to return to the communities and reach out to the youth. “They need to be told to believe in themselves,” he said. “Too often, we devalue people. I look to L.A.’s gangs and ask myself could society solve this? The answer is yes, but it isn’t a priority. Society doesn’t spend enough time teaching individuals their value. We release people from jail with a suit and some money. They can’t get jobs because of their criminal record. Could we give them more? Of course, but we don’t. Lawyers need to go into our schools and encourage our children to get an education, to tell them they count.”

According to Mesereau, this choice not only helps the community but helps each attorney become a better advocate in court. “Their humanity and compassion will resonate,” Mesereau said.

“There are no losers in pro bono work,” Mesereau said. “A certain level of compassion for others compels me to do as much pro bono work as possible. We have to make a living, of course, but by doing pro bono work you can counter the dehumanization that is so inherent in the legal system. The people you assist are not the only ones who will benefit, you will come to find more joy in your profession. You’ll be able to recapture the optimism of law school.”

Mesereau is frequently approached to speak at local schools and other legal events, but he has never been as flattered as when the City Club of Cleveland approached him to be their Law Day Speaker this past March. Alongside the company of previous speakers like Barack Obama, George W. Bush, Condoleezza Rice and Bill Clinton, Mesereau took to the podium and shared his insight into the legal world. “I almost fell out of my chair when I saw the list of past speakers,” he said. The full video of Mesereau’s speech is available on YouTube.

Mesereau has also co-founded the Mesereau Free Legal Clinic and continues to co-manage the clinic to this day. Two Saturdays a month, judges and lawyers donate their time at a local church to work with individuals on their legal matters.

In addition, Mesereau defends one capital murder case in the South every year alongside his longtime friend and colleague, Charles Salvagio. “Charlie is one of my heroes; he’s a courtroom warrior,” Mesereau said. “We plan to try cases together for the rest of our lives.”

Mesereau first represented a defendant in an Alabama capital murder trial 18 years ago. “I had read so much about the Southern justice system that I had to see things for myself. Things are much more complicated when you get up close. I’ve faced juries in the Deep South that are much more fair than juries in Los Angeles. People in L.A. stereotype the Deep South and it’s not totally accurate. Every place has problems. We don’t have a monopoly on fairness.”

Fortunately, over these 18 years not one of Mesereau’s “Deep South Clients” has received the death penalty. “Despite the horrible facts portrayed,” he said, “I’ve never shied away from taking on a difficult case.” Mesereau’s jury acquittal of Wesley Quick, who spent six years on Alabama’s death row for two murders he didn’t commit, is listed in The Report of the National Registry of Exonerations, a joint project of Michigan and Northwestern Law Schools.

This year, the Mesereau-Salvagio duo represented Patrick Johnson who was charged with killing off-duty police officer Keary Hollis. On May 22, the judge ordered a mistrial; the jury was deadlocked 6-6. The new trial is scheduled for Oct. 19. Present at the trial were Oscar-nominated film producer David Massey and producer Dawn Kirk-Alexander, who are finalizing a documentary on Mesereau’s impact on the justice system. The film will focus on Mesereau’s influence on inner-city youth.

And, Mesereau is back in the headlines, having recently stepped in as the defense attorney for former rap mogul Marion “Suge” Knight, accused of running over two men in January, killing one and seriously injuring the other. Mesereau is the fourth attorney to represent Knight. The judge delayed the trial to allow Mesereau time to prepare.

Of the Michael Jackson case, Mesereau said, “It was the biggest case of my life. It will be hard to top it, but I have a lifetime ahead of me.”