Victor Boone: “We Have Saved Lives” 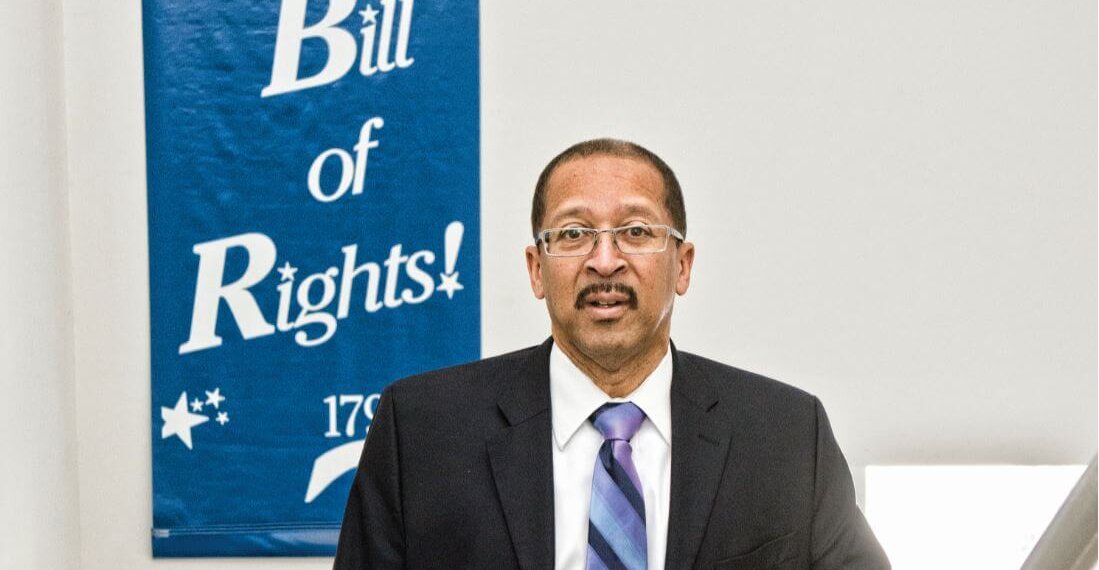 A widow in her 70s, we will call her Louise, had her bank account frozen when credit card debt resulted in a judgment against her. She couldn’t pay her bills because her only sources of income, Social Security and her deceased husband’s military pension, were in her bank account. Legal Aid of North Carolina was able to break the roadblock so Louise could access her bank account and pay her living expenses.

The files at LANC are full of stories like Louise … some with happy endings, some without.

Nonprofit LANC provides legal service for free to low-income people on civil matters such as housing, family, education, employment and income. The bulk of the cases involve family law and housing issues. The average income for LANC’s clients is $15,000.

“We saved hundreds of victims of domestic violence. We have protected them from further physical abuse. I’m thankful that we are here to provide that kind of service because my belief is that we have saved lives,” said Victor Boone, senior managing attorney at Legal Aid of North Carolina.

“It dawned on me very early that there are a lot of people who are tremendously disadvantaged when they don’t have access to a lawyer. I wanted to make sure those folks had an advocate,” said Boone. He has been one of those advocates since joining LANC after graduating from NCCU School of Law. “I planned on doing this for just a couple of years then going into private practice to do civil rights and other kinds of litigation. Once I began to do the work, I grew to love it and didn’t want to leave, so I haven’t left.”

In 1965, Boone’s sophomore class was the first to integrate North Hampton County High in Conway, North Carolina. “The kind of experience I had and my African-American colleagues had was different from what people experienced in Mississippi and Alabama. We didn’t have that kind of animosity and hatred and physical encounters that some of those students had. It was more ostracism and ugly comments that we experienced,” recalled Boone.

“I grew up during a time of segregation in the schools, businesses and movie theatres. I wanted to be a part of effecting change,” said Boone. “I wanted to become a civil rights lawyer as a result of my experience growing up.

“Violent incidents surrounding the efforts to have African-Americans recognized as entitled to the same rights as whites in America inspired me more than leaders,” he continued. “It was the murder of James Chaney, Michael Schwerner and Andrew Goodman in Mississippi where they were registering African- Americans to vote; the assassinations of Martin Luther King, Jr. and NAACP and civil rights activist, Medgar Evers. I wanted to be part of the effort to achieve those rights.”

BATTLE OF THE BULGE

The number of North Carolinians who need the assistance of LANC is bulging while funding is decreasing.

LANC has an operating annual budget of $20 million to staff 20 offices across the state. An estimated 24,000 cases a year are handled by 125 staff lawyers and 3,700 pro bono volunteers. Boone says the size of the organization and the budget are half of what it was when he joined the firm.

Most of LANC’s funding comes from local, state and federal governments. The United Way, donations from law firms and assistance from the NCBA and local bar associations also provide support.

The state’s population is growing and there are still many people who haven’t found post-recession jobs. “We have seen a substantial increase in the number of people eligible for legal aid. Clearly some of it has to do with a shift away from manufacturing and textiles because those jobs aren’t here anymore. Those people find it more difficult to make a living income.”

“Studies show that between 50 percent and 80 percent of the civil, legal needs of the poor go unmet every year, so the impact of any funding cuts takes us further and further away from the goal of providing equal access to justice for all North Carolinians,” said Charles R. Holton of Womble Carlyle Sandridge & Rice, LLP and chairman of the LANC board of directors.

“The need never goes away. Our clients need help with very significant issues. We simply don’t have enough staff to meet the need. If we don’t get help from the private sector there are a good many people who will suffer,” said Boone.

Legal Aid of North Carolina is looking to the private sector with a new campaign called, Sustainers of Justice. “It has been a great success so far. In less than a year we’ve gone from just two monthly donors to nearly 50 who are now giving a total of over $1,500 per month,” said Holton. “Lawyers often talk about their responsibility to serve the public in exchange for the privilege of practicing law. Helping LANC is a concrete way to put that talk into action. Knowing that you’ve helped provide real justice to someone in a seemingly hopeless situation with no other recourse is the most personally rewarding feeling for any lawyer.”

The Wake County Bar Association presented Boone with its distinguished 2014 Joseph Branch Professionalism Award. “You appreciate the fact that someone thinks well enough of you to nominate you,” said Boone. “It is a humbling experience but very gratifying. I view it as recognition of the organization and what it stands for.”

Boone affects the look of a pinball; a man with too much to do and not enough time and resources to get it all done. The atmosphere in the Raleigh office is that of a staff committed to Boone and LANC’s mission.

“I’m grateful for the opportunity to do this kind of work and provide the contribution to society that I have made for my entire legal career,” Boone continued. “Helping others for me is a calling.