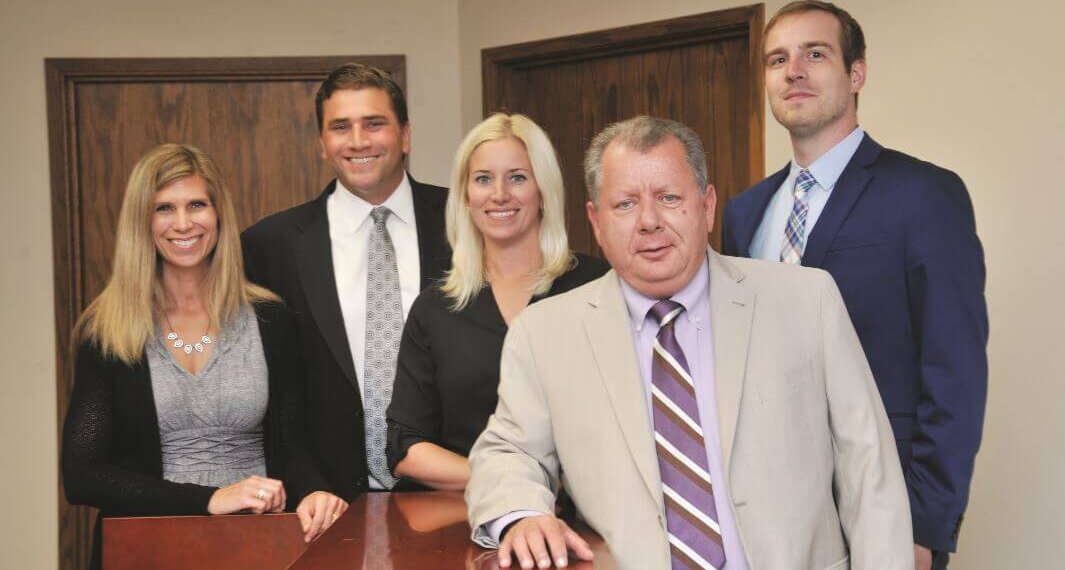 Attorneys Philip G. Villaume and Jeffrey D. Schiek stand for justice. They and their colleagues at Villaume & Schiek P.A. represent clients in an array of matters, including criminal defense, employment law, professional license defense, appeals, civil rights, estate planning and Social Security disability claims. Whatever the issue, their commitment is to helping people resolve matters quickly and with dignity, allowing them to get back to business and to life.

Villaume is a lawyer from a family of lawyers, who worked in law enforcement as a Ramsey County probation officer before earning his law degree from Hamline University School of Law. During his 37 years in practice, Villaume has earned his reputation as a preeminent authority in employment law, criminal law and procedure, and professional ethics. He has represented more than 1,000 professionals facing work-related misconduct allegations, including 500 educators. Villaume also represents victims of workplace abuse and harassment. As a faculty member of the professional educator group, he is widely sought as an educator and lecturer on subjects including criminal law and procedure; diversity in education, the community and the workplace; and the prevention of workplace violence and harassment.

Highly regarded by his peers, Villaume has been repeatedly recognized for his professional excellence, and in 2015, he was honored as one of the Premier 100 Trial Lawyers in Minnesota by the American Academy of Trial Lawyers and as one of the Top 100 Criminal Defense Lawyers in Minnesota by The National Association of Trial Lawyers. He was also selected in 2015 and 2016 as among the top 1 percent of all lawyers nationally by The National Association of Distinguished Counsel and was recognized as a 2015 and 2016 Minnesota Super Lawyer.

Similarly, Schiek also hails from a family of attorneys, and he attended law school at Hamline University School of Law with a keen desire to help people who were facing seemingly insurmountable difficulties in life. He joined what was then Philip G. Villaume & Associates in 1999 as a law clerk, and just a few years later, this ambitious young attorney became a partner. Schiek specializes in criminal defense law and employment law, and in representing professionals facing employment-related misconduct allegations and victims of workplace abuse and harassment. An unwavering voice for justice, he has written and argued numerous cases to the Court of Appeals.

The firm is made up of three attorneys plus one of counsel and two legal assistants who work collaboratively to ensure that every client receives resolution in an environment of integrity, courtesy and compassion.

“Civility and professionalism are crucial and critical to the success of a law practice like ours,” Villaume said. “We have an excellent rapport with the Bar in general and with the defense Bar who handles the other side of cases we litigate. It is very important that we maintain high ethical standards and standards for professional civility because it carries over to our reputations in the courts and among judges. We want to be the lawyers whose reputations and names are respected based upon the work we’ve done and are doing, especially given the nature of the work we do. It is also critically important to show sensitivity and compassion to the individuals and families we represent, and we go above and beyond in many ways to do that. We look out for their well-being and do what we can to minimize the stress and trauma of litigation.”

Schiek added that in the midst of the highly-charged circumstances most of their clients are facing, “We strive to give our clients a sense of calm and reassurance. In part, this comes from setting reasonable expectations at the outset, so that what they are expecting is realistic as far as monetary gain or getting their job back. When possible, we attempt to work with the opposing party to mediate the matter, and we are often successful at keeping cases out of court. We want to achieve the most successful result possible that closes this chapter of their life so they can move on.”

Villaume and Schiek represent all kinds of licensed professionals who are facing allegations of misconduct before their licensing boards, from government officials and attorneys, to medical professionals and school teachers. In doing so, they handle all four possible areas of legal exposure: criminal charges, licensure violations, civil litigation, and employment ramifications, including probation, demotion, suspension and termination.

These legal champions have no reservations about standing for justice in defense of the accused. Villaume explained, “When I became a lawyer in 1979, I took an oath to uphold the Constitution of the United States and of Minnesota. I think every individual, regardless of the nature of the claim against them, has the right to zealous advocacy that is both professional and ethical in nature. My oath is so engrained in my being as a lawyer, I have never shied away from cases that were difficult, because the consuming public thought my client did not deserve representation.”

“Nowadays there is such a rush to judgment and to interpret the facts, especially with social media, when what is actually factual is in dispute,” Schiek continued. “There are always two sides to every story, and our job is to get the other side of the story and make sure it’s equally represented.”

Technology also plays a role in heightening the cost of criminal convictions, leading to devastating consequences for a person’s job prospects, or even for their personal lives. “People can use their smart phone to search someone’s criminal record and have a result in minutes,” Schiek said. “The truth is that most people have some blemishes. We are very successful at getting criminal records expunged for people, and the sooner they do it, the better off they are. The laws have recently been amended to be more favorable. There are no guarantees, but people now have a better chance of protecting their reputations and their futures.”

Villaume and Schiek also represent plaintiffs in whistleblower cases and in matters of workplace discrimination, harassment, abuse and violence. Their experience as defense litigators makes them highly astute when it comes to seeing both sides of a matter and preparing their clients for battle. “I put myself in the defense chair when I analyze a case,” Schiek said, “and I see the counterpoints. It takes a lot of courage to come forward against an employer when someone is a victim. Part of our job is to help them feel supported in their right to challenge their employer.”

“We have met some wonderful people whose cases we have handled,” Villaume said. “These individuals and their constitutions have inspired me to become a better lawyer because they trust us and count on us.”

Villaume and Schiek are still inspired by their original purpose for becoming lawyers, that of doing good through public service and helping those who cannot help themselves. To that end, they regularly give back to the community by engaging in pro bono legal work, educating professionals and the public, and mentoring young lawyers.

The attorneys at Villaume & Schiek stand boldly and resolutely for justice, but they do so with humanity and grace, treating clients and colleagues with equal respect. “I believe the reputation we have developed over the years comes from being well prepared and professional in the presentation of our cases, while working with opposing counsel in a way that is civil and respectful,” Villaume said. “We are known for being both reasonable and aggressive, and our collective years of experience make for the best possible outcomes for our clients.”