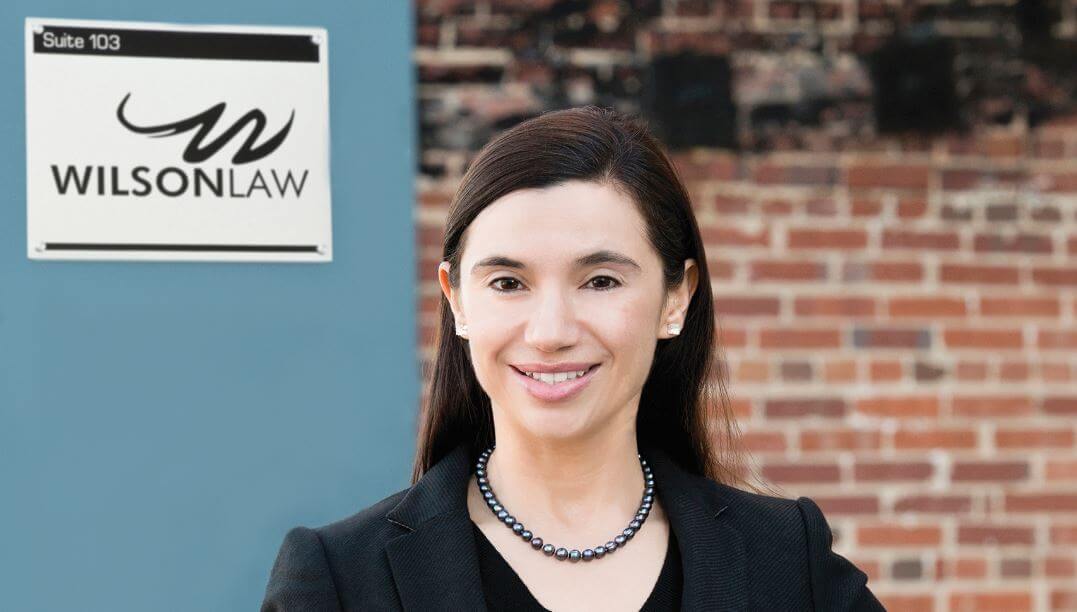 Raleigh personal injury lawyer Kimberly Wilson had an idyllic West Virginia childhood. She played touch football, rode bikes and picked apples with her eight brothers and sisters at the family’s rural nine-acre home. “My best friends were my brothers and sisters and my parents were very supportive and protective.”

Wilson’s parents tried to protect her from the harsh reality of the coal mines. Her father worked there as a coal miner for 32 years; he was an active member of the United Mine Workers of America. She said her father rarely missed a UMWA meeting. “I always understood it was the company versus the union,” Wilson said. “I realized early on that the company was able to make more money if they paid their employees less; if they made them work 10-12 hour days; if they didn’t put as much money into safety; and, if they didn’t put as much money into the environment.”

The experience kindled in Wilson an interest in politics and law at a very early age. She went on to graduate from West Virginia University with a Bachelor of Arts in political science, earned her law degree from WVU College of Law and a master’s degree in public health from UNC Chapel Hill.

Much of her personal injury practice is representing clients who were catastrophically injured as a result of defective drugs or defective medical devices.

Wilson is a member of a multidistrict litigation plaintiff ’s steering committee overseeing a nationwide mass tort against the manufacturers of transvaginal mesh products. She is representing 200 clients and has reviewed the cases of over 1,500 women.

“The product is made of polypropylene,” she said. “It can erode into a woman’s body, damaging her organs. The mesh has been used successfully in men for repair of hernias. This product went into the stream of commerce without testing it on women because the FDA said it could.”

Wilson represented clients in lawsuits against American Home Products, the manufacturer of fen-phen, an anti-obesity treatment that was shown to cause potentially fatal primary pulmonary hypertension (PPH) and heart valve problems. It was pulled from the market in 1997.

Wilson was involved in litigation against Merck & Co., the manufacturers of Vioxx. Many of her cases were bellwether selections and worked up for trial; but, ultimately Merck & Co. entered into a global settlement with plaintiffs three years after the drug was pulled from the market based on studies that found it posed an increased risk of heart attacks and strokes.

“There is not a system in place to adequately compensate those injured by a dangerous drug or a defective medical device,” said Wilson, contrasting the legal systems in place to handle on-the-job injuries through workers’ compensation or auto accidents where an adjustor often contacts the injured party or his lawyer for resolution.

“The drug company is not going to call someone up and say, ‘Let me offer you $300,000 for causing your heart attack or ruining your life.’ They’re not going to call anyone and if an injured party calls them, they are not going to take the call. Clients need a lawyer who is willing to put up the money to fight the good fight to get them compensated in a fair way for their injury.”

Positively Haynes Street Kim Wilson’s energy and passion for being David to big pharma’s Goliath traces its roots to her childhood listening with her older siblings to Rolling Stones and Bob Dylan records.

“That music really impacted my life,” she said. “I learned a lot about social issues and political issues through that music. The Stones were all about personal liberation and freedom and I still like that aspect of their music. Dylan’s music goes deeper and makes you think about what ‘side you are on.’”

The social messages in the music inspired Wilson to be on the leading edge of the redevelopment of a downtown Raleigh neighborhood. She was one of the first to build a home in The Village at Pilot Mill, a residential community located behind William Peace University. “Some of my friends told me I was crazy.” Eight years later she started her law firm in the same community, locating her business in the historically renovated Pilot Mill business complex located at 1111 Haynes Street directly across from her house.

In her spare time, she enjoys going to the ballpark and watching the Durham Bulls. Wilson Law, P.A. is a corporate sponsor of the team, which has been an important part of the revival of downtown Durham. I love going out to the ballpark and seeing families eating hot dogs and us, as a community, pulling for this phenomenal team.”

When They Get It Wrong “I think trial lawyers have been the number one regulators of the pharmaceutical industry. We have done a far better job than the FDA in keeping products safe,” Wilson said.

“I am a business woman,” she continued. “I am an entrepreneur. I’m all about ingenuity. I have no problem with drug makers and medical device manufacturers trying to come up with a product where there is a need. And I have no problem with the fact that sometimes they get it wrong. We’re all just human. But, if you are going to get it wrong and you hurt someone, there has to be a system in place where you are held accountable to the person that you hurt.”

According to Wilson, the solution is “a system of checks and balances including open access to the courtrooms. A jury trial is democracy at its best.” Most of the time, Wilson said, “jurors get it right.”

Wilson is critical of continued efforts by drug and medical device companies for tort reform. “Don’t make defective drugs and medical devices and then come to North Carolina and lobby for tort reform so you can escape being held accountable when you injure the public. It’s troublesome that we (trial lawyers) have to spend so much time convincing legislators that its the public which needs protection from the corporations, not vice versa.”

Wilson says the battles she is fighting today are similar to the battles her father fought as a coal miner. “The companies have all the money, all the cards, all the power,” she said. “My favorite part of practicing law is helping someone, who through no fault of their own, was injured by corporate greed or negligence, and needs a strong voice for justice.”