Zoom Court: Is It fair? 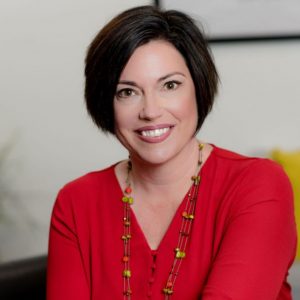 Beginning in March 2020, many courts transformed how they conduct business by rapidly transitioning from in-person to virtual hearings. Moving court business to online platforms required training for judges, court staff, attorneys, and litigants; the establishment of new policies and protocols; and the purchase and issuing of new equipment and software licenses. By the summer of 2020, courts throughout the nation were routinely conducting remote hearings, and many courts continue to conduct at least some, if not the majority, of court hearings by video as of spring 2021.

In the spring of 2021, Rulo Strategies, in collaboration with the National Center for State Courts (NCSC) and Wayne State University, initiated a large-scale, national examination of remote hearing practices in treatment court settings. As part of this study, the research team sought to gather feedback directly from participants enrolled in treatment court programs through an online survey. To date, over 1,000 surveys have been collected from participants in 28 states.

Treatment courts were selected for this study because of the requirement to participate in frequent court hearings. In addition, a common critique of treatment court programs and other judicially led diversion programs is that they are not accessible to everyone eligible to participate. Virtual service delivery has the potential to increase the number of participants because it removes obstacles – such as lack of transportation – that have historically been barriers to participation in these programs.

Other findings related to technology access among program participants mirror those found in a national survey conducted by the Pew Research Center in February 2021. The vast majority – 97% of respondents – reported they own a cell phone of some type, including 85% that own a smartphone. This is up from 35% in 2011. In addition to mobile phones, 53% of Americans own some kind of tablet computer, and 77% own a desktop computer. While these findings suggest that Americans are increasingly connected to the world of digital information, a further breakdown of the survey data by age, geography, and income suggest that some disparities continue to persist within groups. In particular, older adults on a limited income who live in rural America are less likely to have access to the equipment needed to participate in remote hearings.

While technology-oriented barriers exist for some program participants, these barriers should be considered in the context of those reported for in-person court hearings. Remote hearings make it easier for defendants to appear in court, eliminating common barriers to appearing in court such as the lack of transportation. In this same study, over 30% of the survey respondents reported transportation challenges, 26% reported childcare issues and family responsibilities that interfere with court attendance, and nearly 40% reported work makes it difficult to attend in-person court hearings.

Many courts throughout the nation are working to address technology barriers by offering “Zoom rooms” in the courthouse, allowing participants to connect to remote hearings using equipment supplied by the court, providing loaner devices to participants, and offering tutorials and practice sessions to assist participants in accessing virtual hearings.

While access considerations are critical, it is also important to consider how participants perceive video hearings. Preliminary survey results indicate participants’ perceptions of the judge do not vary based on whether the court hearing is held in-person or by video. Three-quarters of the survey respondents agreed or strongly agreed that the judge knows them and their case regardless of whether court is held in-person or remotely, over 80% agreed or strongly agreed that they could be open and honest with the judge regardless of how the hearing was conducted, and a slightly higher percentage of participants reported they were comfortable participating in court sessions when they were conducted by video (75%) compared to in-person (70%).

The future of remote court hearings remains unclear although many predict a hybrid approach of remote and in-person court hearings may emerge as a common pathway. The Brennan Center for Justice has outlined a series of principles to help inform future policymaking about the use of remote court proceedings. This includes engaging a diverse array of justice system stakeholders in the conversation, including program participants. In the preliminary survey, more than half (52%) of the participants favor continuing court entirely virtually and 43% favor continuing treatment entirely virtually. Overall, about 4 out every 5 participants want virtual to continue as a part of the court process. Additional principles suggested by the Brennan Center for Justice include providing technical support to courts so they can adopt universal technology standards, embracing the benefits of remote proceedings when they are clear, tailoring plans to the type of proceeding, and bolstering the attorney-client relationship.

Tara Kunkel is the Founder and Executive Director at Rulo Strategies. Her current work examining remote court hearings is being done in collaboration with Kristina Bryant at the National Center for State Courts and Brad Ray with the Center for Behavioral Health and Justice at Wayne State University.