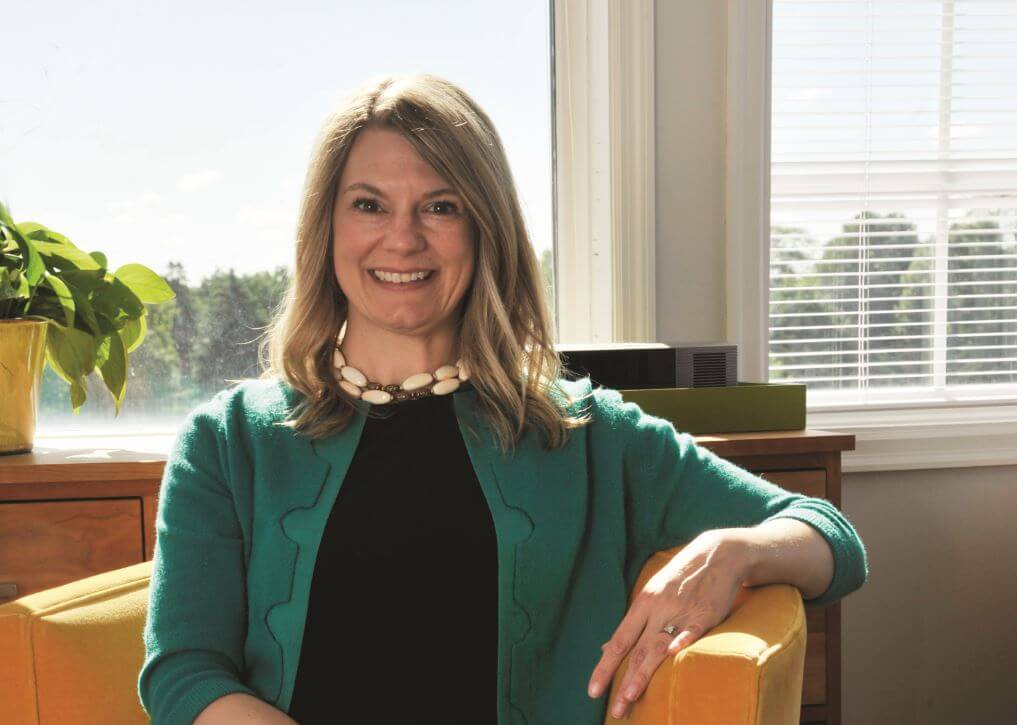 American author Pat Conroy wrote: “Each divorce is the death of a small civilization.” The trauma of divorce is felt deeply, even under the best of circumstances. When complicating factors arise such as disputes over which state or country has jurisdiction over the divorce, child custody or support, an already stressful situation can reach crisis proportions. It takes a knowledgeable and composed professional to assess the facts and create resolution. Allison Maxim is an extraordinary family law practitioner, committed to helping families transition with dignity and calm by taking a mindful approach to legal problem solving.

Maxim studied child development as a research fellow at the National Institutes of Health and earned her Master of Arts in clinical psychology. While she could have pursued a path in psychology, she opted to channel her passion for families and social justice into a career in family law, where her compassionate and thoughtful approach has proven highly effective in assisting divorcing families. After earning her law degree from the University of St. Thomas School of Law, Maxim worked at the Minneapolis family law firm Walling, Berg & Debele, PA, where she began to develop the niche areas she is known for today – international and interstate divorce – and to adopt a mindful approach to family law.

“I am grateful for the time spent at my previous firm. The partner I worked with was great about giving me free reign to do whatever sorts of cases I wanted to do. I had a couple of cases that touched on international family law, and I found them very interesting. The U.S. State Department has an attorney referral program, so that when they get an application for the return of a child in a Hague Convention case, they have a network of attorneys they refer to. I started taking pro bono cases and learned the process. I eventually started getting more referrals for international cases.”

Handling interstate and international family law cases with proficiency requires a solid foundational knowledge of Minnesota family law. Maxim is a seasoned practitioner and former co-chair of the family law section of the Hennepin County Bar Association who has also made time to remain in touch with the needs of the local community through organizations like the Tubman Pro Bono Safety Project.

Most Minnesota divorces involve people who have lived in Minnesota for more than six months and whose cases present no issue with jurisdiction. But when one of the parties lives outside Minnesota, divorce, custody and/or support may be determined in other jurisdictions. “Laws can conflict with one another. I represented a client in a case in which the dad previously lived in Minnesota with mom and the kids. He moved to North Carolina, and mom was still here. Custody and the divorce were finalized in North Carolina, but child support was established and remained in Minnesota.”

Things become far more complicated when one parent lives outside the United States. Maxim explained, “Hague Convention cases are also jurisdictional cases, but are governed by an international treaty and U.S. federal law, and can be filed in either state or federal court. The issue in a Hague Convention case is what country gets to decide child custody.”

Rather than making a determination based upon the best interests of the child, the Hague Convention’s intent is to return the child to their habitual residence. “I recently represented a mom who had moved away with her husband and children to a different country. They were there less than a year. The marriage wasn’t going well before, so she made efforts to keep things open in Minnesota. When she and her children came back, in her mind they were returning home. The husband didn’t agree, and he brought a Hague action. There are very narrow defenses in a case like this. In her particular case, she would have had to prove: (1) the children were in grave risk of harm if they were returned; (2) dad acquiesced to them returning to Minnesota; or (3) that Minnesota had remained their habitual residence, a term which is defined by case law, and it had never changed. In that case the focus of the litigation was on habitual residence.”

Maxim has successfully represented clients from many countries around the world, negotiating cultural differences, time zones and language barriers to ensure that their interests are heard. “When I have a case where I represent a ‘left behind’ parent in a foreign country, I file the case in federal court because federal judges tend to adhere more strictly to the rules of the Hague, and it is less likely that the best interests of the child, which is not a part of the analysis, will be raised to confuse the issues.”

The Maxim Law experience is a departure from the traditional law office. Clients are invited to sit down in home-like surroundings to discuss their needs. “I want clients to leave my office feeling relieved, and reassured that their case is in good hands,” Maxim said. Maxim became interested in mindfulness meditation in 2001 when she researched and wrote her master’s thesis on the effects of mindfulness meditation on anxiety and depression. She has integrated the principles of mindfulness and meditation into the divorce process, practices that help her clients deal with anxiety and uncertainty. “People generally think they need to be reactive during divorce, but the mindful divorce tools I use help them develop peace and patience. Deep breathing is one technique. Another is coaching clients to allow themselves to grieve and feel the pain they are going through and to detach from the words used by the other party that are often meant to be hurtful.”

Mindfulness meditation has also helped Maxim in her personal and professional life. “I work with the client where they are at this moment – not feeling like I need to change the person or the process. My own mindfulness meditation practice helps me be very focused on my client’s cases, whether I am negotiating or litigating. I have a friend who teaches mindfulness meditation, and he is the most calming person to be around. I started working with him on writing about the mindful approach to divorce and the legal processes that go along with it.”

Maxim helps people to move through divorce as efficiently and cost-effectively as possible, and she does it with competence and compassion. “For me, every case is unique and interesting. Whether my clients are in this country or outside of it, I enjoy helping people through this life transition by providing tools to help them achieve a mindful approach to their divorce.”