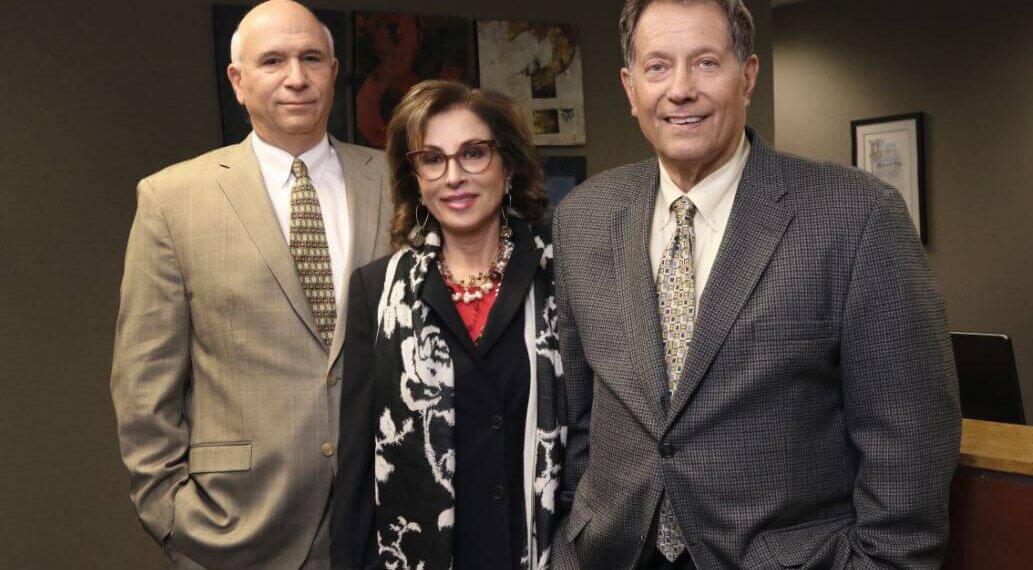 Thirty years ago, three people, relative strangers with seemingly nothing in common, serendipitously (as it would later prove) were going through a similar, life-changing epiphany; one that would ultimately lead their paths to merge. Each was a highly respected professional in his or her field, each passionate and driven and yet, each had become disillusioned with their career path. The auspicious result was the creation of Alternative Resolution Centers (ARC), the third longest-standing dispute resolution company in the country.

It began as just a spark of an idea, which attorney Steve Davis shared with Lee Friedman a successful businessman and money-manager. While not well-acquainted, they realized they each could bring complementary skills to the creation of this company.

From the start it was an ideal partnership; each man’s strengths, talent and skills perfectly complementing each other. ARC provided the optimal platform to not only utilize their significant training and experience, but to provide a much-needed service in a legal climate rife with shortages-of courtrooms, judges and time.

“Obviously we didn’t invent the concept of a resolution and mediation service,” says Davis, “but we did bring it to our corner of the legal community, and I believe raised the standard.”

Although he had built a successful business over the previous 15 years, Davis observed the disenchantment with the legal system; overcrowded dockets and too few judges and courtrooms.

“I was looking for an alternative career where my education and experience would be valued, and where I could derive some professional satisfaction. I was aware of a company located in Orange County that provided services in dispute resolution and mediation. Because this was an area that I not only enjoyed but felt provided valuable alternatives, I thought this might be a viable option.

“Fortunately, they made the mistake of not hiring me,” he adds with a grin.

It was indeed fortunate. It didn’t take Davis long to recognize an opportunity. While the company where he’d applied was one of the first of its kind, geographically it was not an ideal option for those attorneys and other clients outside the Orange County area.

Based in Los Angeles, Davis decided that he would be the one to fill the void, providing much-needed arbitration and mediation services to those in his neighborhood. Though it’s a trite expression, in this case it’s true — they were an overnight success.

“Literally, within days of opening our doors we had almost more business than we could handle,” says Davis. “The response was off the charts.”

Between the two of them, Davis and Friedman had enough connections and long-time associations with prominent judges and attorneys, that they were able to quickly assemble top-notch panels. Their experience and backgrounds melding perfectly — Davis in the legal arena and Friedman in business — so the learning curve was short and manageable.

Special thought and consideration went into building an expert and customer-oriented staff to ensure every client received comprehensive and personalized attention.

And Then There Were Three

Meanwhile, across town, Amy Newman, who had built an impressive career in the health care industry, was just as adroitly establishing herself as an expert in the field of mediation and dispute resolution. Ironically, upon making her leap from one career to the next, she had landed a position as director of marketing with the same company Davis had initially been interested in.

Newman, who had formerly held positions as an occupational therapist and director of rehabilitation at Adventists Hospital, had over the last few years been applying her myriad skills towards building a brand and recognition in the field of mediation services with another company. In addition to her marketing finesse, Newman’s role included training retired judges in practice management as well as successfully launching educational programs for retiring judges and insurance providers.

“My favorite part of the job is the considerable time I spend working directly with each individual neutral, building a platform that is unique to each of them and creating a strong practice and recognition in their new career,” says Newman.

In many respects, the legal community in Southern California is very small, and Newman couldn’t help but be aware of ARC and their rapid expansion.

“I admired ARC’s business model,” she says, “and reached out to them. I felt we would work well together, and I had many ideas to augment their already successful enterprise.”

Equipped with a strong work ethic, drive and tenacity as well as her ever-expanding knowledge in the field of dispute resolution and mediation, Newman joined the illustrious team and immediately became instrumental in helping to increase ARC’s market share, expanding into new territories while enlisting many of the top neutrals in California.

That was almost 30 years ago. During those intervening years, Newman has not only ensured the continued growth of ARC, she also adroitly climbed the corporate ladder. Today, she is the president of this burgeoning firm, and the three continue to enhance, develop and grow the company they love.

“I’m anxiously awaiting the launch of our new-and-improved website,” says Newman. “It’s just one more way we are striving to offer the best in customer service.”

Affliated with some of the most highly rated and respected judges in the state, as well as attorney mediators and arbitrators, ARC has over the past three decades administered tens of thousands of cases, both nationally and internationally, resulting in many successful resolutions as well as consistent client satisfaction.

As they continue to grow and thrive, ARC has become a name synonymous with service and quality and is recognized as one of the premiere companies in the world of resolution and mediation. Always striving to provide the ultimate in client services, their goals continue to change and expand as they research and adopt the latest in technology and industry innovations.

One of the most recent enhancements is there soon-to-be unveiled website www.arc4adr.com. With this upgraded digital platform clients will quickly and easily have information at their fingertips. Augmented tools include the capability to email case managers online, view resumes with one click, and stay up-to-date on MCLE presentations offered by ARC.

“This enhanced website is not only user- friendly,” says Newman, “but it vastly improves the speed and convenience of interaction between interested parties. Obviously, information and communication are vital in any business, but we are particularly sensitive to how quickly and seamlessly we are able to communicate with our clients and illustrious panel members while simultaneously having the capabilities to offer on-demand MCLE presentations.”

Looking to the future Davis acknowledges that while it was a big leap of faith he took 30 years ago, it was a gamble that has more than paid off. ARC’s services are in demand by an ever-growing client roster and Davis and his team have vowed to keep pace with their needs while continuing to build their already exceptional customer service.

ARC offers dispute resolution services in civil, family and probate throughout the state of California with Century City and downtown Los Angeles as their headquarters.

“I am personally proud of our team and the services we provide,” says Davis. “Over the years, Lee, Amy and I have grown as close as family and this is our baby. Quality is uppermost in our minds as we strive for the gold-standard when it comes to customer service.”