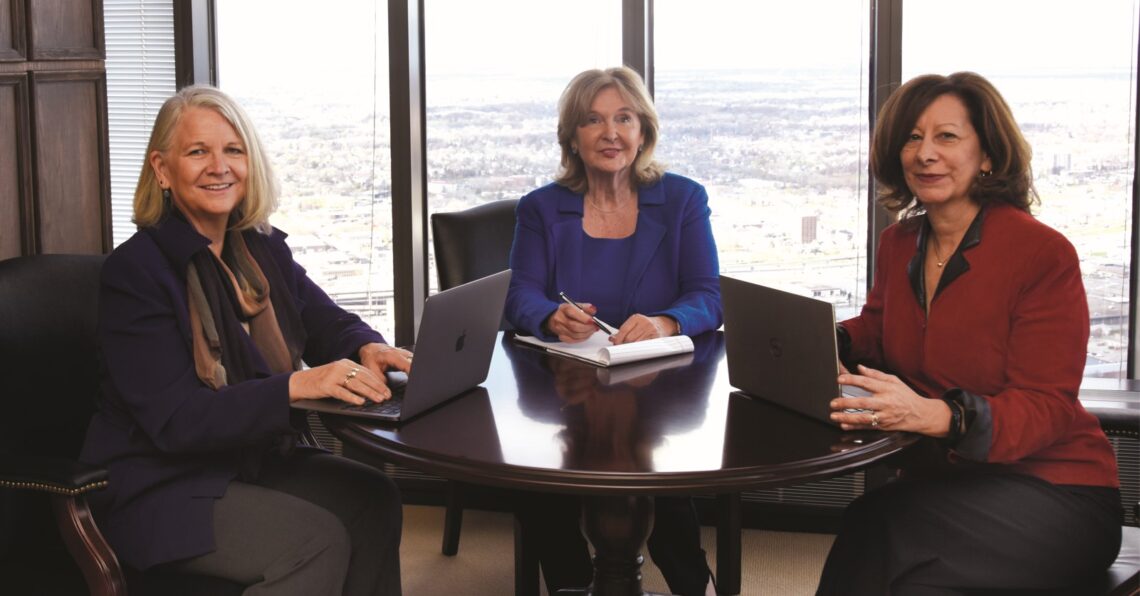 The practice of law is seen by most as inherently adversarial, an arena in which one party must lose in order for the other to win. The attorneys at Benchmark National ADR, LLC challenge that assumption. They believe that many disputes are best resolved through alternative dispute resolution (ADR), a method that delivers justice in a fair, efficient, confidential and cost-effective manner through mediation and arbitration.

Neville has dedicated her life to the cause of justice, not only through her contributions as a lawyer and a judge, but through her service to legal organizations worldwide. She has been secretary of the American Bar Association, president of the National Association of Women Judges and is a founding member of the International Association of Women Judges, to name only a few. Currently, she serves on the council of the ABA International Law Section and the mediation committees of the ABA Sections of Dispute Resolution; Tort, Trial and Insurance; and International Law. Locally, she served as president of the Amdahl Inns of Court and is a founding mother of the Minnesota Women Lawyers Association. She currently serves in the ABA House of Delegates on behalf of the Minnesota State Bar Association.

Neville had a hand in pioneering ADR in Minnesota, a practice that is now an indispensable component of the state’s legal system. She has also worked tirelessly as a teacher of law and lecturer on ADR in local and national venues, as well as international locales that include Cambodia, Myanmar, Rwanda, Tanzania, Ecuador, The Hague, Cuba, Austria, China, Kosovo, Turkey, Poland, Macau, Belarus, Ukraine and Moldova.

During her years of service and travel, Neville encountered attorneys Lisa Savitt and Sara Sandford, both of whom have served as chair of the ABA International Law Section and had thriving and extensive practices in their own right. Bound by their shared passion for making access to justice available to all, it was only natural that these accomplished practitioners would eventually join forces. Since 2019, the trio has expanded Benchmark National ADR and Benchmark International ADR to new frontiers, including the digital environment. All are qualified neutrals under Rule 114 of the Minnesota General Rules of Practice.

Savitt, who resides in the Washington D.C. area, was a gregarious youth with a desire to understand people of varying backgrounds and cultures. When her high school history teacher suggested studying about East Asia, an international career began. After law school, she started in the aviation field, which is highly international, and she spent three years working in London on litigation matters around the world. Savitt went on to a successful practice in international and domestic litigation and alternative dispute resolution, representing foreign and domestic companies in matters involving complex legal, regulatory and technical issues. Savitt has represented clients in courts around the U.S. In addition to being licensed to practice in New York, Pennsylvania and Washington, DC, Savitt is qualified as a solicitor in England and Wales.

“There is a misconception that to be a good litigator, you have to be aggressive and adversarial,” Savitt said. “But to be a good litigator, you also have to be a good listener. The only way to advance your client’s case is not just to listen to them but to the other side – to what is important to them or what might be their weak points. Those skills translate so easily to mediation. When you can get to what people really want and what they are interested in, it’s easier to help them resolve disputes. For me, working in ADR is a natural progression of all the things I’ve learned and observed as a litigator. It’s very fulfilling to win a case, but mediation is, in some ways, more satisfying.”

At 15 years of age, Sandford, who currently resides in Seattle, journeyed to Japan as an exchange student. The first foreign girl to live in the village, she was struck by the kindness with which she was received by total strangers. That experience sparked her interest in international law, and she went on to become a skilled practitioner with a focus on cross-border corporate and commercial transactions. Due to her ability to speak, read and write in Japanese, she frequently worked in and on matters involving Japan, where resolving conflicts to both parties’ satisfaction is a cultural norm. She brings this conciliatory spirit to her role as a mediator.

“I did translation and interpreting for a while, and I found that I couldn’t editorialize in that context,” Sanford said. “I had to stay true to what other people were saying. But it often was not helpful, because people would talk past one another. The law was a way to use those same skills in a more active role. I went to law school and became a transactional attorney for 30 years in corporate and commercial matters for clients around the world, especially from the Pacific Rim and Japan. I also helped U.S. companies go abroad. Throughout my career, I realized how much trust could be lost or gained in small ways, particularly with cultural differences and misunderstandings between people. In ADR, I saw an opportunity to help people find ways to resolve their differences and understand one another. The pro bono work I’m doing with the Eviction Resolution Program of King County has been one such opportunity. It has been great to help landlords and tenants in hard times reach agreement – keeping tenants housed and getting landlords paid. Everyone wins. When Cara Lee started talking with Lisa and me about this opportunity, it was obviously the right thing to pursue.”

These extraordinary legal professionals bring the unique perspectives of a judge, a litigator and a transactional attorney to their ADR practice, delivering services both virtually and in-person. With extensive local, national and international experience spanning Asia, the Americas, the UK, Europe, Oceania and Africa, these qualified neutrals help resolve both large and small matters for individuals and businesses, locally and around the world.

“We enjoy what we do,” Savitt said. “We are in this to bring people together and to give something back. It’s an extension of who we are.”

When Neville founded Benchmark National ADR, she secured offices with multiple well-equipped conference rooms, making sure she had what she needed for in-person ADR services. The firm has long offered virtual services, as well, deftly facilitating secure and meaningful communication between parties wherever they are located, whether they are in Minneapolis, New York or abroad. As a result, Benchmark National ADR was already well-poised to assist clients remotely when the pandemic began, and it will continue to offer online and hybrid services with an eye toward delivering the most effective approach to any given situation. To ensure a seamless virtual experience, Benchmark National ADR provides a free online tutorial for lawyers and their clients so each is confident that the process is confidential and efficient.

Although the attorneys agree that there are advantages to having in-person mediations and arbitrations, remote and hybrid services may provide the best means of resolution for some.

“One thing about online mediation that people don’t think of is that it is so important to people who have a physical handicap, the elderly and others who can’t or don’t want to travel,” Neville said. “For them, online mediation is a godsend.”

In the future, all three attorneys believe that remote services will remain in high demand for their inherent efficiency and expediency. Sandford, however, offered that choosing and facilitating virtual ADR services requires special consideration. “There are times when a matter involves such sensitivities that we need the ability to communicate in every way. Some mediations will continue to be in-person for that reason. We have also been warned by experts that Zoom is tiring for people. The brain is actually working overtime trying to pick up on nonverbal cues that are readily observable in person. It’s hard to focus on the screen constantly and looking off in another direction conveys disinterest in a way it wouldn’t in-person. To relieve the strain, taking frequent breaks or having shorter sessions for online mediation are recommended. This is something to consider when deciding whether in-person mediation is more useful.”

According to the United Nations, “Access to justice is a basic principle of the rule of law. In the absence of access to justice, people are unable to have their voices heard, exercise their rights, challenge discrimination or hold decision-makers accountable.” For Neville, Savitt and Sandford, ADR is more than a means of resolving conflicts for people and companies in the U.S. It is a mechanism by which people may access justice in every part of the world, including those places where infrastructure and resources are limited. They have dedicated countless hours to meeting with thought leaders around the globe, introducing them to ADR and working with them to implement ADR programs and greater understanding.

“We were all three in Poland a number of years ago,” Neville recalled, “talking to judges and the upper echelon of the bar association. The judges there had caseloads of over 2,000 cases. They sometimes had to wait for people to die to clear cases off the docket. We talked to them about the importance of using ADR, not only to reduce cases, but to provide a service to litigants to get matters resolved quickly. In other countries we’ve visited, sometimes the odor of corruption in the court meant people did not trust the system. ADR offers not only access, but safer access. It is also cheaper. And the parties gain an important sense of control over their own lives.”

ADR gives people more than resolution; it gives them a say in their own fate. This is true whether someone lives in Pretoria or Portland, Beijing or Boston, St. Cloud or Strasbourg. “It is almost magical to watch what can happen in mediation,” said Sandford. “If you help make a space for understanding, there is a shift that often happens between the people who come into that space seeming as if they are never going to agree. By just listening and setting up a dynamic where the parties can hear one another, we create an opportunity for a move towards resolution.”