Benjamin Crump: Bringing Something Special to the Table 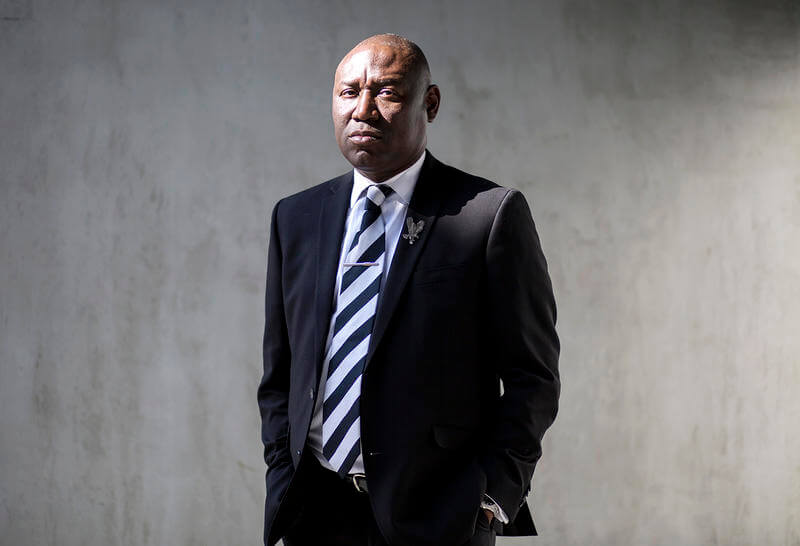 Celebrated civil rights attorney Benjamin Crump first questioned the social injustices of this world at the age of nine. It was 1979 in Lumberton, North Carolina, and school integration had only recently been implemented. For Crump, his experience being bussed “across the tracks” to the formerly all-white elementary school was mostly positive. It was only as the lunch bell rang that the demarcation between the “haves” and the “have nots” was reinforced.

“We had new facilities, new technologies, new books,” he recalls. “We started to interact with the white boys and girls. The only time we would become segregated again was at lunch time. All the poor black boys and girls had to stand in a long line to get the food from the free lunch program.”

It wasn’t the long line or the discomfort of being so obviously labeled as “poor” that made young Crump wish he could join the white students in the normal cafeteria lines.

“If you had the money, they had a la carte lunches like cheeseburgers, French fries, pizza, milkshakes – everything kids want. If your parents couldn’t afford it, you had to stand in line and get the meal the superintendent deemed ‘of nutritional value.’ We were grateful because we were hungry. But we lusted for those treats that children really enjoy.”

One particular lunch stands out in Crump’s mind to this day. Crump was standing in line with a friend when they were approached by their friend, Kina Ann, and a white girl they’d befriended. She was going to treat Kina Ann to lunch at the a la carte window.

She pulled a $100 bill from her pocket. They were all suitably impressed. When she told them it was her weekly allowance and she was allowed to spend it however she pleased, they didn’t believe her. She decided to prove her point by treating all three of the young men to lunch.

“I just remember thinking that my mother, who worked at a hotel doing laundry during the day and at a factory in the evening, would have to work a whole week earning minimum wage to earn that much,” says Crump. “Riding on the bus back across the tracks to the black part of the town, I kept wondering why so many people in a certain community have it so good while so many who live in the other part of town have it so bad.

“Then, I remembered my mother had told me the reason we got to go to the new school, with the new books was because of Brown v. Board of Education and a man named Thurgood Marshall,” he adds. “I remember thinking then, I’m going to be like Thurgood Marshall. I’m going to help people from my community and people who look like me to have a better life, better opportunities and a chance at the American Dream. From that day to this one, that’s what I’ve been doing and why I became a lawyer.”

I remember thinking then, I’m going to be like Thurgood Marshall. I’m going to help people from my community and people who look like me to have a better life, better opportunities …

Committed and firm in this goal, formed when he was still young, Crump says he even included it in his personal statement when applying to law school.

“I’ve never wavered,” he says. “Every day I get up with that goal to try to make it better for people who are voiceless, marginalized, disenfranchised and, in many regards, dehumanized.”

Not only has Crump remained true to this pledge, he’s extended his reach well beyond the courtroom. Whether it’s in publishing, television, movies or radio, this civil rights champion not only understands the power of media but has the savvy to use it artfully to bring attention to the ongoing litany of civil rights infringements that continue.

Fearlessly, and not unlike his hero Thurgood Marshall, Crump is anxious to bring to light situations that don’t just impact one person, but all of society. He calls it, “Bringing something to the table.”

Again, this heralds back to the wisdom of his mother, Helen Crump.

“My mother, as hard as she worked raising my brothers and myself, she never complained,” says Crump. “She’d say, ‘baby, life ain’t fair, it’s hard. You make it fair by what you bring to the table. If you don’t bring anything to the table, don’t expect anybody to let you sit down at the table.’ So, every day, wherever possible I try to do what I can to bring something to the table.”

Although many of his most famous cases have involved individuals, Crump sees his mission on a much larger scale. Just by raising his voice on a sensitive or often controversial topic immediately lends both credibility and increase awareness. Whether it’s the scandalous an overtly biased prison systems or the contaminated waters of Flint, Michigan, Crump’s knowledgeable and persuasive input is enough to spur interest.

With the recent COVID-19 the activist attorney turned his attention to concerns about how prisoners were being impacted and the system was handling the pandemic.

“Prisons and jails are taking very few precautions as far as those incarcerated,” says Crump, “probably because they do not have the financial means to do so. What we see happening is a knee-jerk reaction with a mass release of prisoners who have likely been exposed. The problem is, they are sending them home without first being quarantined, oftentimes to black, poor and disadvantaged communities who will now be exposed as well and don’t have the resources to seek medical attention.

What we see happening is a knee-jerk reaction with a mass release of prisoners who have likely been exposed.

“It’s a major concern because racism and discrimination will be even more pronounced because we often relax constitutional rights during these times of great fear and uncertainty, he continues. “We tend to justify the erosion of those rights. Even before you talk about prisons, you’ll see that those who are wealthier and better educated are working on their laptops from home, still making the same money they were making.

“The poor people, who have to do physical labor, are not able to go to work and cannot do their work remotely, so they are not making any money to pay their bills or put food on the table.”

Historically, those who create the greatest impact are those who rock the boat. Their rhetoric and actions make those who cherish the status quo very uncomfortable. Indeed, it’s quite frequently that controversy is the motor driving that boat through the rough seas of public opinion.

Take for instance Crump’s bestselling book “Open Season: Legalized Genocide of Colored People” which is number one on Amazon. Some say he stirred a hornet’s nest with the use of the word genocide. Many have questioned whether the use of the word is meant to be intentionally provocative.

In response, Crump points to article two of the United Nations’ 1948 Convention on the Prevention and Punishment of the Crime of Genocide which reads in part: Genocide means any of the following acts committed with intent to destroy, in whole or in part, a national, ethnical, racial or religious group.”

“But the evidence of genocide doesn’t stop with outright murder,” says Crump. “The mass incarceration of black people testifies to a prison industrial complex that uses black lives as fuel to feed its profits. Consider the generational harm of incarcerating black people, who makeup only 13 percent of our country’s population but 27 percent of all arrests, 33 percent of those in jail or prison and 42 percent of those on death row.”

Regardless of what person, event or cause he might champion, Benjamin Crump is not just a powerful attorney, author, TV host, and movie producer, he’s also a dedicated husband and father. His voice and message reverberate throughout the halls of justice and throughout our poorest and richest neighborhoods.

I have tried to hold a mirror to America’s face …

“I have tried to hold a mirror to America’s face,” he says, “because we know our nation can and must do better.”

Yes, Mama Crump, your son really brings something amazing to the table. 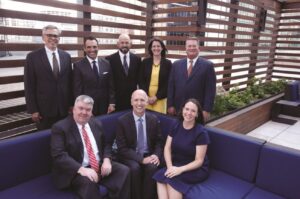