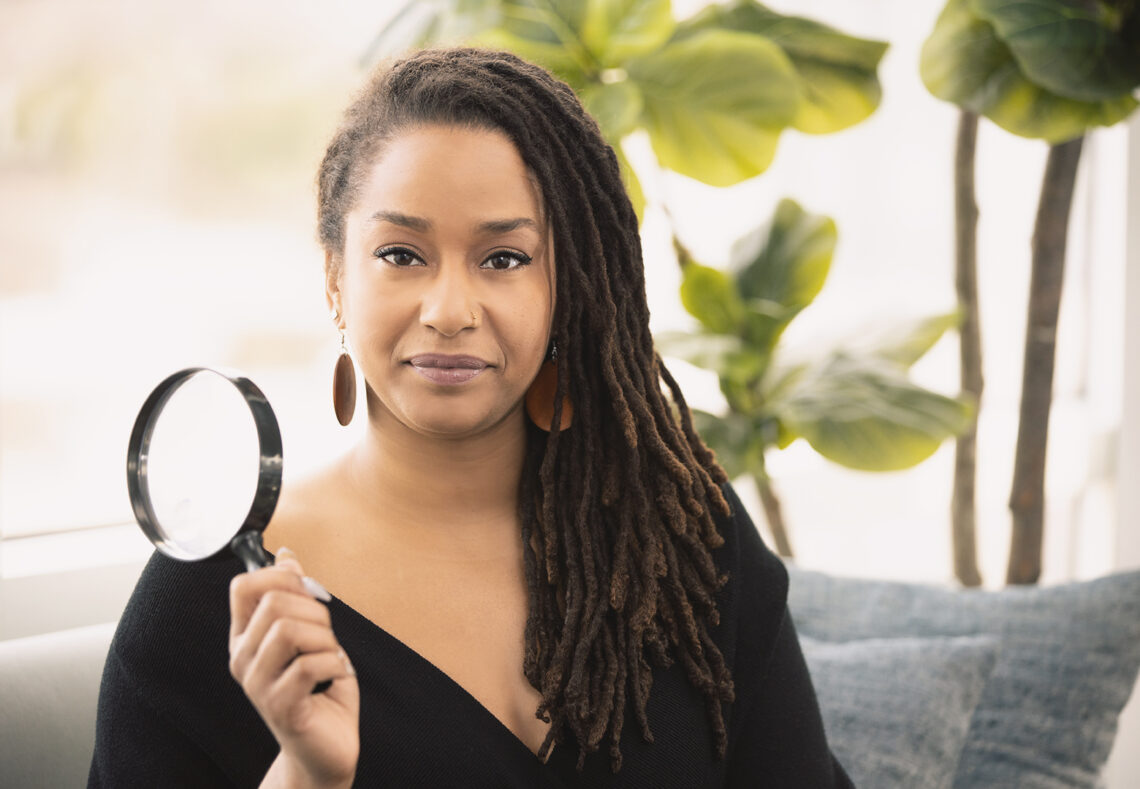 Jamie Mitchell’s career path to becoming president and CEO of Raleigh-based Blackman Detective Services started by working as a member of the service industry. It is quite a departure from most other private investigators who started as police officers, but that, she said, is her competitive edge.

“I’ve always been a people watcher. Being a lifeguard, a restaurant server, and a bartender kept me in touch with people. I listen to people and hear them out. I have a lot of empathy,” said Mitchell.

Prior to beginning her career as a private detective, Mitchell was a bail bondsman. “I learned how to skip trace. A lot of people that we bonded out were not the most upstanding citizens. To find them, I had to become a private investigator. I learned how to be calculating and have a plan. You have to use finesse to apprehend someone who jumped bail. You have to be able to listen to people and read people,” explained Mitchell.

WORKING BEHIND THE SCENES

In 2014, Michell joined Blackman Detective Services as a private investigator. Mitchell purchased the company last year when William A. Blackman, the eponymous previous owner, chose to step back, keeping his role as an investigator and transferring the duties of CEO over to Mitchell.

Blackman Detective Services is one of the largest private detective agencies in the region, with seven field investigators and an office team with over 80 years of combined experience and connections with investigators in areas outside of North Carolina.

“Having a larger team allows us to serve a more diverse range of clients including the Hispanic community. Along with the respected legacy of Blackman Detective Services, being minority and female-owned gives the agency an edge unlike any other,” said Mitchell.

The company’s clients include law firms, the insurance industry, businesses and individuals.

“We are brought into a criminal case by a client’s defense attorney after the police have completed their investigation, the client has gone to court and been indicted,” said Mitchell. “We work behind the scenes with the attorney and the client to determine if they have any alibis or exculpatory evidence to help the defendant. And if there isn’t any, the attorney needs to know that as well.”

Blackman outsources testing for DNA, blood samples, and other forensics such as digital forensics then forward the results to the attorney.

THE CASE OF THE HIT AND RUN

A new SUV owned by a Raleigh man was hit in a parking garage. The vehicle owner called the police and filed a report. He then filed a report with his insurance company. The SUV owner returned to the same parking spot a few days later with Blackman’s investigators.

In this case, the parking garage operator had a security camera, and Blackman was able to read the license plate. The company used their resources to identify the owner of the vehicle. A Blackman investigator went to the address where the car was registered. He located the vehicle and found paint chips on the bumper, that appeared similar to the color of the SUV. The paint chips were sent out for forensic analysis and proved a match.

The SUV owner’s insurance company got the car owner’s insurer to pay for the damages and the cost of the investigation. The SUV owner then had the choice of filing a report with a local magistrate because hit and run is a criminal charge.

THE CASE OF THE CHEATING SPOUSE

Family lawyers or individuals retain Blackman to conduct covert investigations in domestic or child custody cases.
“The best resource in domestic cases is just being able to be a chameleon and to be flexible,” said Mitchell. “It’s really important to read people and try to anticipate.”

A Durham biotech executive suspected that her husband was cheating with another woman. Her family law attorney advised her to get evidence before deciding if she wanted to take any kind of action against her spouse. She hired Blackman.

“We spoke to the wife because she had the details we needed before we could get started. We needed to know who she suspected her husband was having a relationship with. We needed to know what her husband’s habits were, his schedule, and who he liked to hang out with and where,” explained Mitchell. “We researched the information needed to identify the woman he was suspected of having a relationship with. We rotated vehicles and investigators so the woman wouldn’t notice us surveilling her. With the assistance of a tracker on the husband’s vehicle, the investigator located the woman at a local restaurant with our client’s husband. Using her camera phone while sitting at a nearby table, our investigator got the ‘money shot’ that documented their liaison.”

The client decided to confront her husband and counseling became their next step.

THE CASE OF THE BACKGROUND CHECK

The owner of a successful Cary restaurant wanted to promote one of his top servers to assistant manager. The server’s references had checked out when he was hired last year. The owner retained Blackman to do a background check before making the promotion.

“In North Carolina and even nationally, we can run background checks and credit checks – with the signed authorization of the person the credit search is being run on. The restaurant server gave us signed authorization to run the credit check. We pulled a National Criminal Background and a Comprehensive Profile that includes all the public information on that person. These reports sometimes list prior employment, civil judgments, bankruptcies, including past addresses,” said Mitchell.

It turned out that the server had bounced some checks a few years back. The owner knew that the employee theft provision in his business insurance policy would be invalidated if he hired a manager who had committed a financial crime. The background check headed off what could have been a disaster if any of the restaurant’s money went missing, along with any other unseen negative effects of that potential h