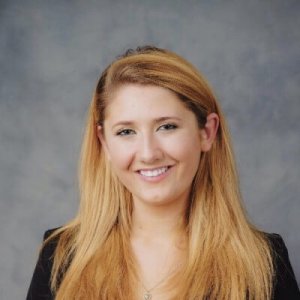 100 years after the passage of the 19th amendment, Susan B. Anthony, crusader for women’s rights and president of the National Woman Suffrage Association, remains a fixture in the legacy of women’s struggle for equality. Indeed, her famous words, “men, their rights and nothing more; women, their rights, and nothing less” rings true even today as progress continues to be made in creating equal opportunities between genders.

The impact and struggle of the women’s suffrage movement, then, extended far beyond that of voting rights; Elaine Weiss, author of The Woman’s Hour, an account of American women’s struggle for ratification of the 19th amendment, states, “the controversy over ratification of the Nineteenth Amendment – and, more broadly, the long battle over woman suffrage – wasn’t simply a political argument, it was also a social, cultural, and moral debate.”

Anthony herself waded through many of these complex societal debates to center her argument on what lay at the heart of the suffrage movement – that fundamental idea of individual liberty.

Willing to take her stand even in criminal court after facing arrest for voting in the 1872 election, she later declared in her famous 1873 speech that “it is a downright mockery to talk to women of their enjoyment of the blessings of liberty while they are denied the use of the only means of securing them provided by this democratic-republican government – the ballot.”

Anthony’s trial and leadership exemplify a fight for legal liberty with the hope that political rights might eventually translate into political, societal, and cultural rights. And in the 100 years since the passage of the 19th amendment, women have begun to realize more fully these liberties – liberties expanding much farther than the ballot.

In celebration of the centennial of the 19th amendment’s passage and the progress that has been made since that initial milestone, the Chester Bedell American Inn of Court, the Fourth Judicial Circuit Court of Florida, Jacksonville Chapter of the American Board of Trial Advocates, Jacksonville Chapter of the Federal Bar Association, the Jacksonville Bar Association, and Jacksonville Women Lawyers Association have sponsored a historic reenactment of Anthony’s 1872 trial and a traveling exhibit showcasing the history of the suffrage movement. The event, in connection with Jacksonville’s Girls Inc., has also allowed high school girls to take a closer look at a historical moment that has closely impacted their lives.

Sarah Mannion, President of the Jacksonville Women’s Legal Association, commented, “We at JWLA believe that educating young women about the history of the 19th Amendment demonstrates not only the struggles and prior non-representation of women as a voting class but also shows them that a group of determined women can lead and change history. Just as our ancestors stood up to ensure our voices would be heard 100 years later, we too can stand up for what is right, even when the odds may seem against us.”

This history, intrinsically tied to our legal, political, and cultural systems, is one that bears commemorating, celebrating, and repeating.