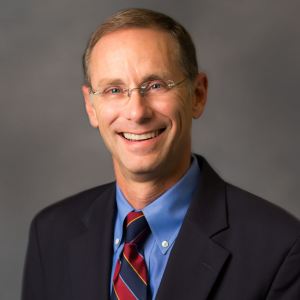 Personal bankruptcy enables filers to wipe their financial slates clean when they are overwhelmed by debt and unable to pay their bills.

For consumers struggling with debt, filing for bankruptcy can prevent creditors from foreclosing on or repossessing property, garnishing wages, or shutting off utility services.

For small business owners, bankruptcy can discharge business debt to allow entrepreneurs the ability to move on, opening a new business, or getting a job without having to be subject to creditor collection.

For these people, Chapter 7 can get rid of much of the individual debt. Also, the bankruptcy court can approve a Chapter 13 plan pay off some or all of the person’s debts gradually over a long period of time, and thereafter, the court can discharge those debts entirely. Although an individual can file a Chapter 11, it’s typically inapplicable to small businesses and consumer filings.

It is likely that we will see an increase in personal bankruptcy cases in the near future. Just how large this increase will be remains uncertain. But that isn’t happening yet.

As of the beginning of May, 2020, personal bankruptcy cases had not yet increased. In fact, there “were 47% fewer consumer bankruptcies in April 2020, compared to April 2019, according to statistics released Tuesday by the American Bankruptcy Institute (ABI) . . . [which is] a professional association for lawyers and judges involved in the bankruptcy process.” As you’ve probably read, unemployment claims are at all time highs; but for now, unemployment checks allow people to pay their monthly bills without having to file bankruptcy. As such bankruptcy filings, year over year, are still down in 2020, compared to 2019.

In addition, some current consumer protections might stave off personal bankruptcy cases. Many homeowners will not be penalized for missing payments on federally backed mortgages right now, for example. Some states have stopped companies from collecting debts, and they have stopped landlords from evicting tenants. The federal government has stopped requiring people to make student loan payments to mitigate the financial impact of the pandemic. While these measures are still in place, an influx of personal bankruptcy claims is unlikely.

The Coronavirus Aid, Relief, and Economic Security Act, or the CARES Act, provided each American a single stimulus payment to be used for expenses. That money, while helpful, can legally be seized by a creditor from a bank account in a collection action. Without a personal bankruptcy filing in process, those funds are vulnerable to being garnished from wages and bank accounts by overzealous creditors.

Once the New Protections are Gone, Will More People File Bankruptcy?

Once creditors are permitted to pursue people that must somehow catch up on missed payments, people will likely be looking for help, but before filing a bankruptcy petition, people will generally look take several steps. For example, people will often:

Are These Steps a Good Idea?

Although these steps may make sense for some, it’s a good idea to talk to a bankruptcy attorney before taking them, because more times than not, they’ll regret many of these actions..

Many assets that would have been untouchable in bankruptcy, such as homes and retirement plans are better left untouched if a bankruptcy is later necessary. Resources such these would often be better utilized after the bankruptcy is complete. And when considering which creditors to pay, and which not to pay, it’s important choose wisely. Lastly, most Most attorneys will often a free consultation to allow a discussion about whether the moves contemplated by the client are appropriate.

It is very likely that bankruptcies will spike at some point.

Most of these government protections are temporary; typically deferrals. Ultimately, people that owe money to creditors will owe more, and will often be in worse shape. This will likely result in a surge in personal bankruptcy claims later on.

Are There New Protections During the Pandemic?

The CARES Act added some protections for consumers in personal bankruptcy cases, but these are limited. The biggest change was to extend the amount of time consumers have to pay off their Chapter 13 plans from five years to seven years, but this change only applies those that can show “hardship”, which can be tough to prove, and only it only applies to current bankruptcy filings. Legislators could have made more significant changes, such as setting a maximum amount that debtors can be required to pay.

While bankruptcy filings have not yet spiked as a result of the pandemic, they will likely do so at some point in the future. This is because recent legislation and creditor behavior has allowed more time to make payments. Additionally, people often take actions like spending down savings, borrowing money or liquidating assets, prior to considering filing bankruptcy. When doing so, it is very important to consult an attorney to make sure that those actions are prudent. 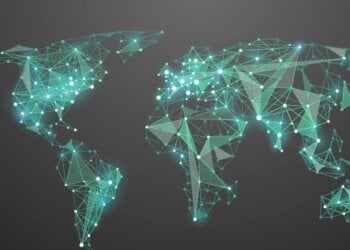