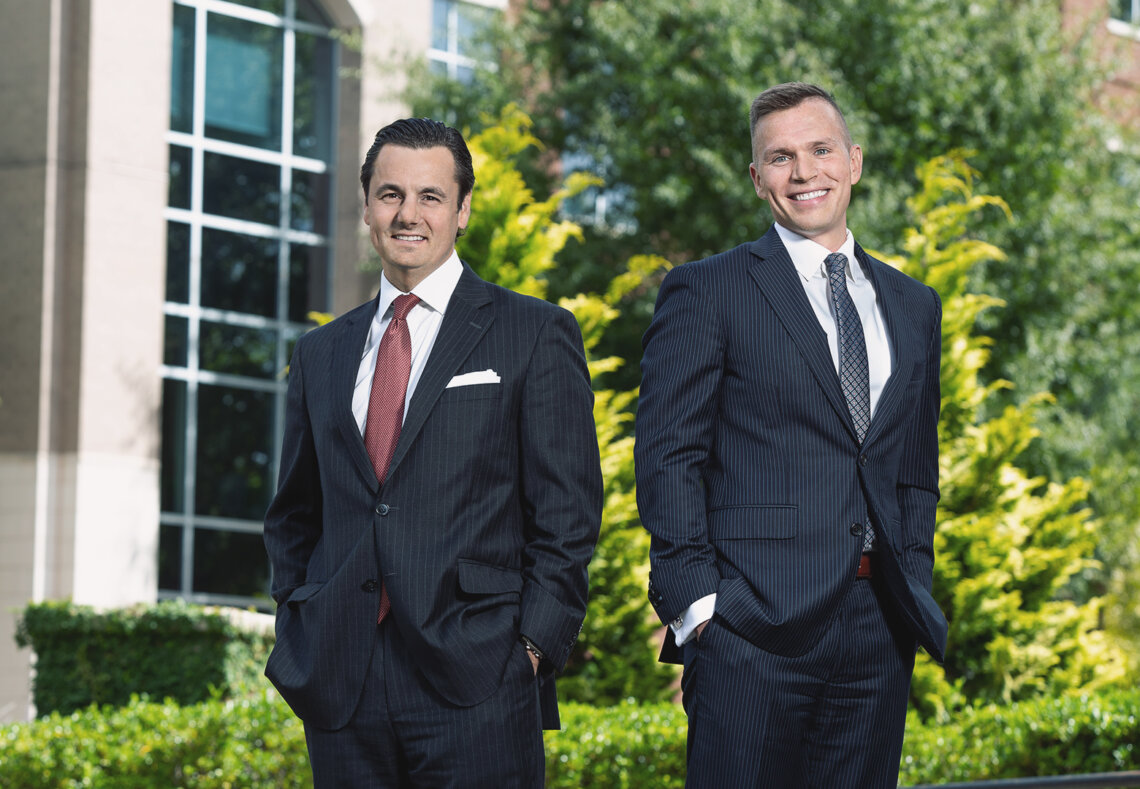 “It was a lot of stress, but it was fascinating,” said Raleigh attorney Zac Bolitho of his time on the staff of U.S. Department of Justice Deputy Attorney General Rod Rosenstein. It was 2017 and 2018, the height of Special Counsel Robert Mueller’s investigation of Russian interference in the 2016 elections. Bolitho and his DOJ colleagues were focused on keeping the department operating on a day-to-day basis while a few attorneys worked directly with Mueller’s team.

“Most of the work of the department was unaffected by events consuming the media. It was business as usual,” recalled Bolitho. “But at times there was a certain tenseness and a flurry of activity. You could often tell by who was in the hallways and how quickly they were walking whether something noteworthy was about to happen.”

Sitting in the conference room of the Raleigh-based Cranfill Sumner & Hartzog, Bolitho recounts his time with the DOJ. Before exiting, he had been promoted to associate deputy attorney general and chief of staff for Rosenstein.

“It was certainly the most trying time professionally,” he said. “Every day was a new adventure, and in a lot of ways, we were operating in a territory where there was no clear path. There was no precedent for some of the issues we were confronting. We were dealing with issues as they came up and having to figure out quickly how to address them within the parameters of the law and department policy.”

“That time helped me to become more comfortable with making decisions without necessarily knowing the full scope of everything you’d ideally like to know,” he continued. “Once a decision was made, you had to move forward because there was a pile of other work to do, I developed a thicker skin.”

The addition of Bolitho was something of a coup, said Patrick Mincey, chairman of the firm’s white-collar defense practice.

“This was an opportunity to grab a high-profile, uniquely qualified litigator,” Mincey said. “Zac has a dynamic ability as a power hitter in our lineup that brings heavyweight credibility to our clients that are involved in cases that have criminal components, civil components, and regulatory components.”

“Our definition of white-collar crime centers around financial dealings in a broad range of industries,” Mincey continued. “On any given day, we are entertaining and accepting new matters totally different from what we were dealing with the day before.”

After graduating from Ohio State University’s Mortiz School of Law and clerking for a federal judge, Bolitho served as an assistant U.S. attorney in the Eastern District of Tennessee, where he prosecuted fraud, public corruption, and violent crime cases.

“The experience at Justice and my prior experience as an assistant U.S. attorney help me understand how the government approaches a case,” Bolitho said. “So, when I have an investigation, and I’m dealing with a variety of allegations and information, my experience allows me to identify the areas the government is really going to key in on. We can then focus our efforts in those areas.”

“It’s invaluable to be able to give clients the comfort of knowing we’re prepared to defend them because we not only know the law, but we also know the playbook, if you will, that the government is likely to use in a particular investigation,” he continued.

Bolitho said his clients and his students at Campbell Law School, where he has been teaching for 6 years, are the beneficiaries of what he learned about leadership from his daily interaction with Rosenstein.

“He dealt with incoming fire from a lot of different directions, and he maintained his composure. I think you really get to see the character of a person behind closed doors. He was the same person that you saw in public. He gave his all each day, and he treated those around him with respect. He was a great leader who understood the importance of maintaining his poise while under pressure. I learned that when you’re in a leadership role, everyone is looking at you to see how you respond.”

Fraud investigations involving the SBA’s Paycheck Protection Program (PPP loans) have already started and are expected to ramp up after the first of the year following the expiration of deadlines for using that money.

“Anytime the government gives federal funding for a program, there’s fraud to follow or at least allegations of fraud,” Bolitho said. “The U.S. Attorneys and DOJ have announced that PPP fraud is a priority.”

“I think the first round is going to be the more egregious cases. There have been some notable examples of folks taking PPP money and buying things like Lamborghinis with it. Then I think you’re going to see a series of investigations into other areas where it’s less clear whether there’s been fraud or whether the individuals qualified for the money and appropriately spent it.”

Mincey said Cranfill Sumner & Hartzog is growing its white-collar law practice and will add attorneys in the future, in part, because of the cross-practice fit with existing clients. “I think it dovetails at every turn. They may have started a relationship with our firm, never expecting to have to talk to the white-collar, regulatory, criminal folks. It may be the inevitable nature of the scrutiny the federal government brings.”

“Any business is subject to having the federal government come knocking. That prompts longtime, long-standing clients to suddenly have the need to call us down the hall. We’re here to assist them,” said Mincey.