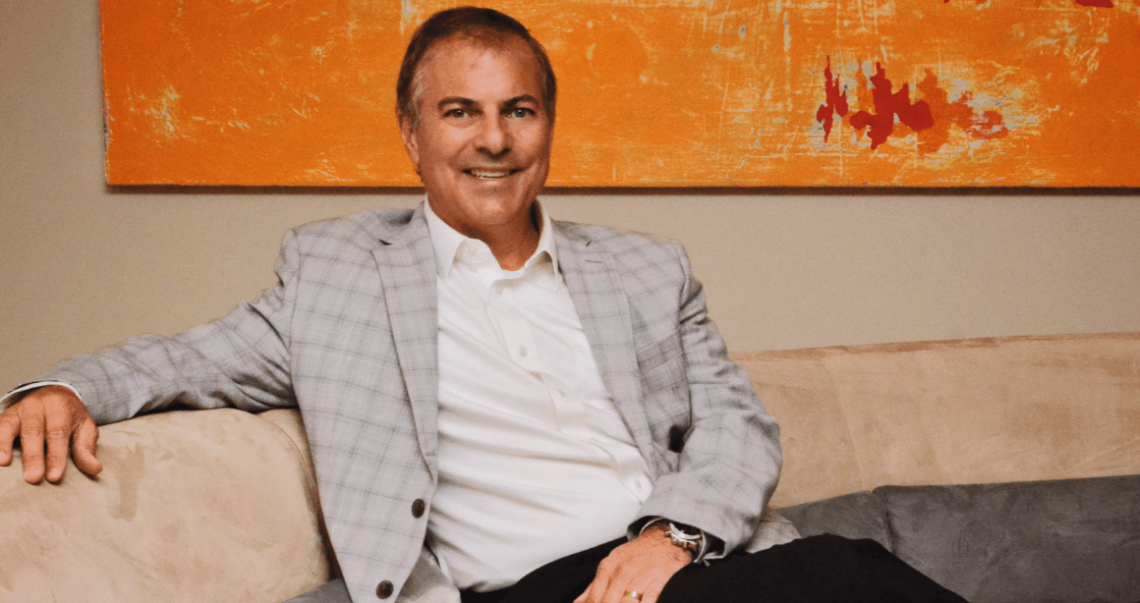 For nearly three decades David Drechsler, one of Ohio’s preeminent litigators, has artfully and compassionately helped clients dealing with disputes regarding their business, real estate, inheritance and intellectual property. Over the course of his career Drechsler has successfully handled and resolved these types of controversies on behalf of businesses and individuals across the region. His style is to always be professional and strategic and will be aggressive when needed. Many of whom have come up against him can vouch for that.

Perhaps the secret is that Drechsler, office partner-in-charge of the Cleveland office, of the esteemed law firm of Buckingham, Doolittle & Burroughs LLC, loves the law and has seemingly always been an attorney at heart. He caught the “bug” he says, at a very young age, inspired by a most unlikely source.

“When I was in elementary school we had a bus driver who, finally fed up with the typical fighting, roughhousing and other mischief kids are prone to at that age, instituted his own version of a court system,” Drechsler explains. “If a student acted up, he or she would be brought up on charges, and would ‘hire’ a lawyer. Of course, the ‘lawyer’ was just another kid on the bus. There was also a judge and jury. We’d actually hold a mini-trial, complete with testimony and witnesses. If the accused was found guilty, they would be fined and the money went into a fund that was used for an end-of-year party.

“I just happened to be very good at being a lawyer and I really enjoyed it,” he continues. “That’s how it first started, but over the years it seemed to really be a natural fit for me, and as I got older and learned more about the law, I discovered that trial work and litigation came naturally to me.”

A native of the Cleveland area, Drechsler attended Ohio State University for his undergraduate degree in business administration and then Case Western Reserve University School of Law.

“The two greatest things I took away from law school that have actually helped me in the profession,” he says, “were first, being on the National Mock Trial Team. It was the first time in the school’s history that Case Western advanced to the national finals. I tried many cases in a very competitive setting. The other thing was being in the CWRU Legal Clinic. It’s a class you take but you actually try real cases under the supervision of a licensed attorney. So, I had the incredible experience of actually trying cases while still in law school.”

He ended up winning the award for outstanding student in that class.

Consequently, by his third year of law school, Drechsler already had more trial experience than many first or even second year practicing attorneys.

“Coming out of law school with five or six trials under your belt was very meaningful,” he says.

Meaningful enough to be recruited by one of the oldest and most revered law firms in Akron and Cleveland. Drechsler’s first assignment was in their Akron office.

“I’ve been with Buckingham, Doolittle & Burroughs virtually my entire career,” he says. “This law firm is about 105 years old and is very well known and highly regarded. When I came into the firm, I was in the commercial litigation department and worked in Akron for the first 10 years of my practice, without having any relationship to the city.” he says. “It was exciting to meet new people and learn a new city.”

Fortunately for Drechsler, he was working almost exclusively with a remarkable attorney by the name of Mark Skakun. As Drechsler’s supervising attorney, Skakun, who was even at that time one of the region’s preeminent intellectual property and commercial litigators, quickly introduced the younger attorney to the fast-paced, complex and challenging world of high-stakes litigation.

“I was immediately thrown into very high-end litigation,” says Drechsler. “So, I was in depositions and trials facing some of the most reputable law firms and attorneys in cases where there was a lot at stake. It was fascinating and very exciting.”

Being from Cleveland, however, Drechsler did aspire to eventually return to his hometown. This finally came about in the late 1990s.

“I still work very closely with the attorneys in the Akron office, we’re a very close-knit firm that way,” he says. “We all work together very well. Having the different offices just makes us more accessible to our clients but we all work on cases together all the time.”

It wasn’t long after relocating to the Cleveland office that Drechsler was named office-partner-in-charge, and until very recently served on the executive committee for nearly 10 years. Though he’s reluctant to state the obvious, this committee is largely responsible for the accelerated growth of the Cleveland office.

He will say, “We have about 25 attorneys in this office alone and are in the process of taking over another floor so we are definitely flourishing.”

Although Drechsler has enjoyed an illustrious career, accumulating numerous significant victories, accolades and awards along the way, he prefers to discuss the firm as whole. His loyalty and devotion to the people, clients, and philosophy is readily apparent.

One aspect that he’s particularly proud of is a relatively new program instituted at Buckingham, Doolittle & Burroughs by the litigation practice group.

“Each year, we take one case that attorneys are actually working on and focus on one aspect of a trial This year it’s jury selection and everybody in the group gets involved,” Drechsler explains. “It’s an ongoing training. We go for a full nine months, working out the teams, then actually doing the jury selection with people we hire to sit in as possible jurors. The case we’ve been working on this year is one of mine and actually about to come to trial so it is very beneficial to the client. Next year, the training will focus on other parts of a trial.

“I believe this is tremendously helpful, especially to our young attorneys, because by and large, many attorneys, though they won’t admit it, haven’t done enough trial work so this builds that particular skill set. We’re not charging the client, this is all for our own purposes but greatly benefits the client.”

Like most attorneys, Drechsler also has thoughts as to how to better improve law school curriculums. “I think they need to better prepare students to be counselors at law, not just attorneys at law. Maybe some psychology-related courses. I mean, the ‘counselor’ is right in our title and we need to be there for our clients at a highly volatile and emotional time in their lives and yet we have virtually no training. Law schools should focus better on this.

On the home front, Drechsler and his wife of 26 years, Amy, have two children. Josh has an engineering degree, and daughter Maddie is a junior at The Ohio State University where she was a two-year member of the OSU Division 1 cheerleading squad. An avid biker and runner, Drechsler apparently takes his sports as seriously as he does his trial work, having participated in several bike and running races including two marathons.

“Both Amy and I are very outdoors people,” he says. “We love running, biking, and hiking and the whole family enjoys skiing.”

So how does such a busy man maintain balance between work and home?

“In my view, you just have to work smart,” says Drechsler. “When you need to you must put in the long hours due to an upcoming trial or important brief or deposition, but when there’s not a looming deadline you don’t need to work artificially long hours. You’re better off being very productive and then allowing yourself personal time as well so as to recharge the batteries.

“The most fortunate people in the world are those who have a good family life,” he adds. “I’m a fortunate person.” 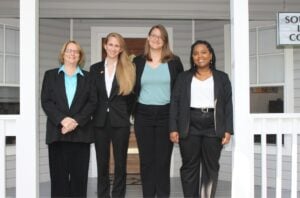