Don’t Let Your Witness Get Hijacked 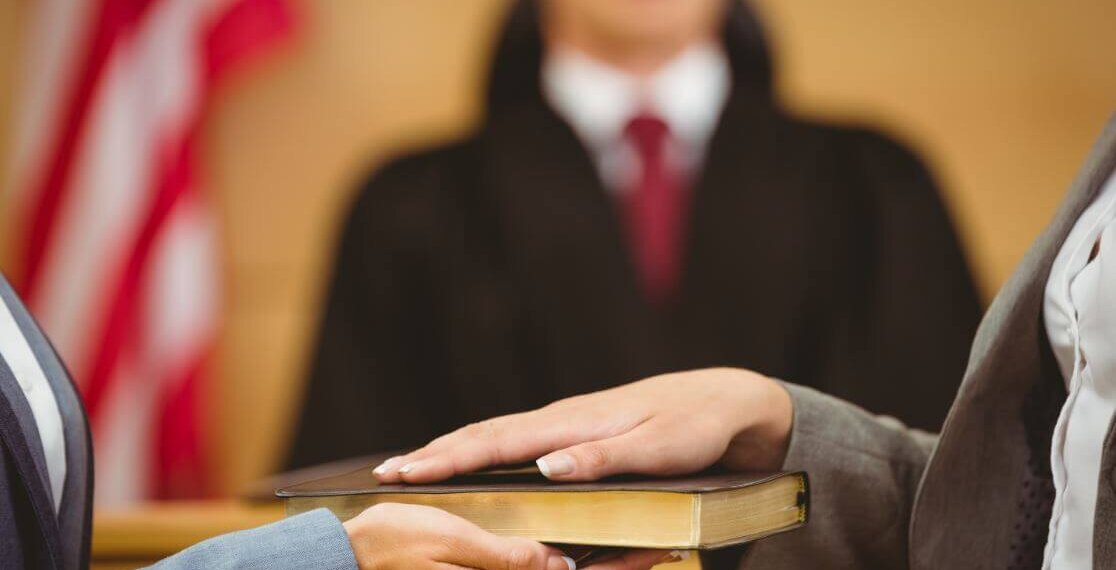 The chiropractor had the appearance of a kindly grandfather. He had built a practice that helped thousands of people in chronic pain. His reputation brought patients from all over the country to his clinic. With stunning results.

But when he was sued for breach of contract all that went out the window. He was angry, frustrated and confrontational. His previously kindly face had a hard edge to it. He was very defensive. And he was adamant about proving that he was right, and the plaintiff was wrong. I knew that if he showed up in court like this, he was in trouble. He was ripe to get hijacked.

Nearly all witnesses are completely out of their element if they try to go toe-to-toe with a savvy attorney. No matter how smart or how good a grasp of the facts, all witnesses are vulnerable if they are not properly assessed and trained. My brilliant doctor had an extensive background, was highly honored, articulate, clever and witty. But, he was a perfect target to get hijacked by opposing counsel.

Hijacking – or more precisely amygdala hijacking – is a fascinating aspect of how our brains operate. And how a smart attorney can use this with devastating results in deposition or trial.

Here’s how it works. The amygdala – an almond shaped mass inside our brain – is built to sense danger or threat. When it perceives a threat, it immediately shifts into “fight or flight” mode to protect us. When this more primitive part of the brain is engaged, it totally abandons higher-level parts of the brain where logic and judgment operate. Once engaged, the higher-level part of our brain is incapable of regaining control. Working memory shuts down. Stress hormones are released, which can take hours to clear.

If opposing counsel can get your witness to feel threatened it’s the perfect storm to totally derail testimony. Because the witness is now in the survival part of their brain, not “thinking” but rather reacting emotionally to this perceived threat.

So, how does opposing counsel trigger this reaction? Simple: aggression, humiliation and confusion. Additionally, research shows that negative facial expressions will be perceived as a threat, also setting up your witness to be hijacked.

In my case above, my chiropractor felt guilty about not having an airtight contract. He was afraid of looking stupid or incompetent. He was angry about being sued in the first place. He was easily frustrated with the volume of exhibits and the minutiae of financial records. If opposing counsel were to become more aggressive, taunt my witness, undermine his expertise, challenge his business acumen, unleash his insecurities, rush him, juggle facts and figures to confuse him, he could quickly get to the tipping point of being hijacked.

It doesn’t have to end this way. You can stave off hijacking attempts with a concerted plan to train your witness for the emotional challenges they will face. It involves training your witness to identify these threats from opposing counsel and calmly recharacterize them. Our brains are not wired to do this automatically. So, it does take focused training to embed this new skill.

Caution: passive instructions to just stay calm or don’t get angry DO NOT WORK. They do not retrain your witness to keep the logical part of their brain actively engaged.

Witness can learn the skills to avoid becoming evasive, defensive or argumentative. But knowing what to do and being able to do it in stressful situation are two different things. So, it’s imperative your witness has a practiced tactic to prevent their brain from having an impulsive, spontaneous reaction to opposing counsel’s assaults. It’s mandatory for you to delve into subterranean emotions, uncovering weaknesses or vulnerabilities. Once identified, only then can you train your witness to spot the hijacking techniques and respond logically, not emotionally.

With my chiropractor, I watched and listened astutely to identify each one of his potential tender spots. Where did his body language signal he was uncomfortable? Where did his tone of voice tighten up? Was he defensive about the contract terms, trying to justify them? Did he get flustered with pages of spreadsheets?

Then we practiced. And practiced and practiced. He practiced slowing down and listening to the question, giving him time to reframe the possible assault. I worked with him through each one of his vulnerabilities until his knee jerk emotional response dissipated and he could remain calm. By practicing, he learned to spot the hijacking techniques and calmly respond logically, not emotionally.

Even the best witness can be hijacked. But by training yours to stay calm, patient, and – most import – disciplined you can avert opposing counsel’s ability to hijack your witness. Deborah Johnson, MC