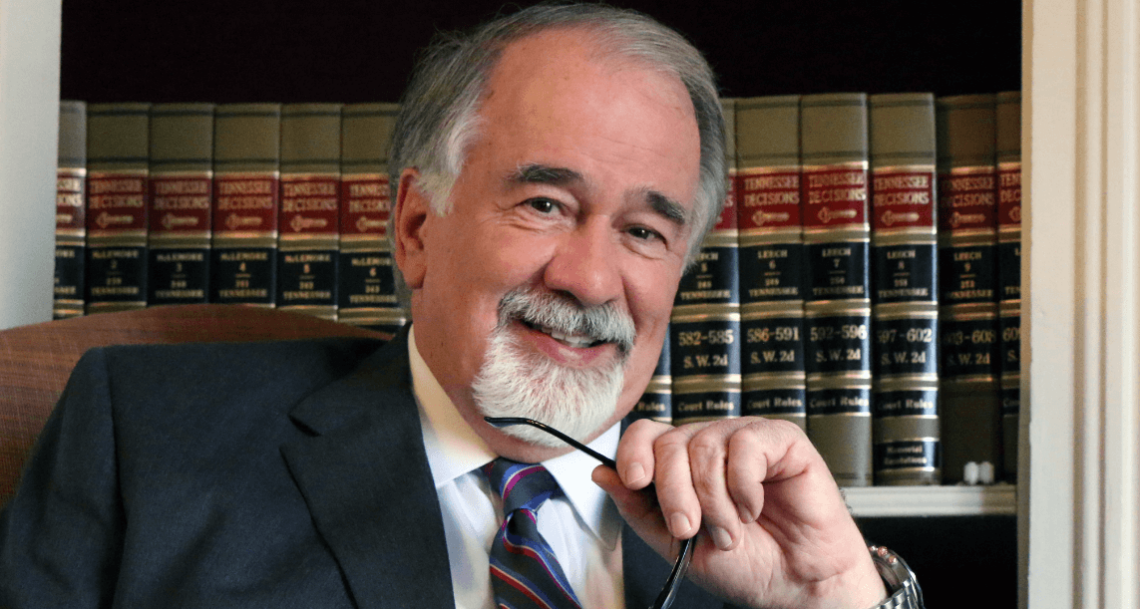 Edward P. Silva: Bridging the Present and the Past

There have been significant changes in law procedures since Edward P. Silva, founding partner of Hartzog & Silva PLC, first began practicing in 1974 – and not necessarily all for the better. A product of “old-school” training, Silva rose to the top of his profession during a period when young, energetic lawyers still had frequent opportunities to practice their skills before judges and juries. It’s only been within the last 20 years, that arbitration and mediation have become permanent fixtures in the U.S. judicial system. Prior to that, virtually every case went to trial.

“I would say that today, two out of three cases are resolved through arbitration, mediation or some other alternative,” says Silva. “You no longer see young lawyers, carrying a briefcase, hurrying to the trial court. That’s a bit of a concern; the unintended consequence of mediation and the like, deprives young lawyers of that early training in the courtroom.

“When I was first starting out, all the attorneys knew each other; we saw each other all the time in court,” he continues. “More importantly, we had real trial experience to be able to knowledgably predict the likely outcome of trials. We had that reference point because we had experienced it. Now, a young lawyer will try to predict an outcome and it’s primarily based on intuition or wishful thinking, not real world experience.”

Silva is quick to note that he is not opposed to mediation; in fact, recognizing the changing landscape, he decided to become more informed on the procedure.

“Around 2000, I realized that traditional litigation was evolving to include other forms of dispute resolution rather than combat in the courtroom,” he says. “After participating in several mediations as an attorney representing a disputant, I became intrigued by the process and sought out training.”

When Silva was qualified as a Rule 31mediator, it was initially just to augment his role as litigator and counsel. However, after achieving successful results with several pending cases referred to him by the court, he decided to incorporate mediation into his law practice. His practice is now balanced between mediation and litigation, which he believes complement one another.

“Obviously, arbitration and mediation are effective alternatives for disputes that can successfully be resolved outside the courtroom,” says Silva. “The only problem is that as the older lawyers move on, there’s a big void in terms of the experience in the courtroom. Our craft as lawyers is really based on experience and acquired knowledge. The law is very organic and always changing; some of the laws and principles have changed, so you always must be aware and continue to learn. I think that’s exciting. Of course, I don’t want trial lawyers to go the way of the dinosaurs.”

Born and raised in Marlborough, Massachusetts, Silva attended Boston College. During one summer, he met his future wife, Suzanne “SuSu,” a student at nearby Vanderbilt University with a summer job in Cape Cod. The two would reunite a few years later, while she was a flight attendant for Pan Am and Silva was serving a tour of duty on the West Coast.

After graduating from Boston College, Silva set sail for the high seas – or more accurately a naval aircraft carrier. Completing the United States Naval Officers Candidate School, he served two tours of duty in Vietnam and was honorably discharged as a lieutenant. It was during his final assignment with the Navy that he and SuSu were married.

“I was assigned to Ft. Campbell in Kentucky,” Silva says. “It’s an Army base, but back then it housed a Navy installation. That’s how I ended up in Tennessee. Suzanne and I were married during that tour.

“I still have my suspicions that my father-in-law had a hand in that assignment,” he adds with a laugh. “Now they had me in their home territory.”

While that might remain an unanswered question, it is certain that Silva’s late father-in-law, Dave Alexander, played a significant role in his law career.

“After the Navy, I decided to enter the corporate world,” says Silva. “It didn’t take me long to realize that was not a good fit. My father-in-law was a very successful trial lawyer, and certainly influenced my decision to go to law school.”

Now with a wife and daughter to support, Silva continued working in the corporate world while attending law school at night. His son was born during law school.

“Looking back, I guess it was challenging,” he says, “but at the time it was just what had to be done. If you want something badly enough, it doesn’t really matter how long the hours or how difficult. Besides, I remember those days as a lot of fun. Also, I had the advantage of having my father-in-law as a mentor and access to his law practice.”

Again, Silva describes that era of practicing law as being quite different from today. Mentored by his father-in-law and other practicing attorneys at that time, he says the primary message was, “Get in front of the jury!”

“People would attend trials as part of their entertainment,” he says. “Attorneys just wanted to get through the pre-trial procedures and get to the trial. Once they got before the jury, their ability to speak and persuade was very powerful – really an art form. Sometimes the attorney would give such an amazing performance, that his words could outweigh the evidence. That was the atmosphere when I first began practicing.

“I was second chair in some significant jury trials and mentored by some of the truly great trial attorneys of that time including my father-in-law, as well as, John Conners and Doug Fisher,” he continues. “It was like having a bird’s eye view to observe their total and complete preparation, and then witness their command of the courtroom based, not only on their skills, but the fact that they were always more prepared than the opposition. It convinced me that there is no substitute for preparation and passion for your case.”

Given that his hometown is one of the oldest cities in the country, founded in 1660, perhaps it’s not surprising that Silva has a soft spot, if not indeed, a passion for preserving the past. When he and other citizens saw the decline of their onetime illustrious Franklin downtown, exacerbated by the demolition of an architecturally significant antebellum home to make way for a gas station, they responded quickly and effectively.

“It was tragic to see what was happening to this beautifully historic city,” says Silva. “At that time about 70 percent of the downtown buildings were standing vacant and it looked as though we might lose our architectural past.”

A small group of civic-minded citizens formed the Main Street Action Committee intent on restoring the prestige and luster of yesteryear. From these humble beginnings blossomed the Downtown Franklin Association, an arm of the Heritage Foundation of Franklin and Williamson County, a not-for-profit organization dedicated to protecting and preserving the historic resources in Franklin and Williamson County.

As past-president of this robust and enthusiastic organization, Silva has played a significant role in the restoration and endorsement of his community. He served on the Carnton Plantation board of directors and was president. He was also the chairman of the Franklin Gateway Corridors and Connector Streets Economic Development Project Committee, and was selected Franklin’s Citizen of the Year in 1986 by the Franklin Lion’s Club and Patron of the Year in 1998 by the Heritage Foundation. He was a founding director of Franklin National Bank and a long-term member of the board of directors of its successor, The Fifth Third Bank of Tennessee.

Today, downtown Franklin is an oasis of Southern hospitality, housed in a 16-block National Register district of antique shops, gift and book stores, restaurants, art galleries, boutiques, lovingly restored homes and more. It boasts an award-winning Main Street, a stunning collection of more than 150 buildings on the National Register and a host of “Best-Of ” accolades.

In fact, the offices of Hartzog & Silva reflect his passion for architectural history. Previously a library, the red brick building is located amidst this downtown enclave of treasured testaments to the city’s rich history.

Affection for bygone days seems to a consistent theme in the Silva household. Suzanne, is a successful, published author of historical novels, and the couple have enjoyed visits to Ireland, the setting of her books.

Their children, Alexandra and Anthony, have their own successful careers; Alexandra “Ali” is an attorney in Richmond, Virginia and Anthony “Tony” is a filmmaker.

“I suppose I will retire at some point,” says Silva, “but right now I still love what I’m doing and keep trying to improve my skills. It really takes a lifetime to become all that you wish to be, and every decision can impact your reputation. As my father-in-law used to say, ‘It takes 10 years to build a reputation, and 10 minutes to destroy.’”