Are Slips and Falls the New Asbestos? 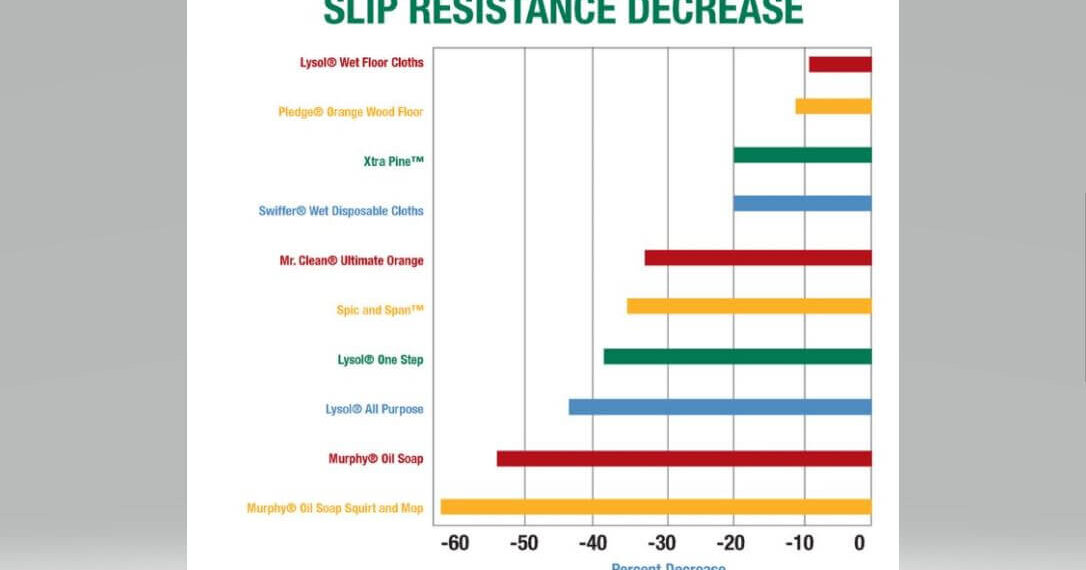 We have all seen the television ad that opens by asking, “Have you or someone you know been the victim of asbestos if so please call the law office of …”

Each year hundreds of individuals file claims of asbestosis. A number dwarfed by the 25,000 fall-related fatalities and 8 million Americans who seek emergency room treatment for an accidental fall. More people will either die or become seriously injured as a result of a slip and fall than that of asbestosis yet we have not seen any television ad reaching out to slip and fall victims. That day may soon be coming and the reason may be right under our feet!

When most people select a floor for their home or office they assume that the manufacturer has tested it and that it’s safe. Surprisingly with the exception of the ceramic tile industry all other types of floor coverings (ie: vinyl, wood, laminate, etc.) are not tested for slip resistance and surprisingly the floor covering industry has refused to even adopt a slip resistance test method.

This may be best understood by way of comparison. Remember how the tobacco industry spent decades claiming that based on their research they could not definitively conclude that tobacco is addictive and that they were not engineering tobacco to be addictive. We all know how that turned out! Floor covering manufacturers have taken a page from the same playbook; they’re very much aware of their customer’s multibillion-dollar slip and fall problem. Unlike the tobacco industry, floor covering manufacturers have chosen not to conduct any research that may reveal a relationship between their products coefficient of friction (COF) and that of the millions of slip and fall events.

Floor covering manufacturers see slips and falls as a minefield of liability and avoid discussing the subject publicly. As they see it by not adopting a COF safety standard means that if they are sued, the plaintiff can’t hold them to a standard that in their view doesn’t exist! But in 2009 that changed. That was the year the ANSI/NFSI B101.1 wet static COF test method was published and with a few exceptions applies to just about every type of floor covering material. Furthermore, the ANSI/NFSI B101.1 established the use of portable test devices thus making it possible to test the COF of a floor both in the laboratory as well as in the field. Therein lays the problem and the solution to slip and fall litigation!

Regardless if the manufacturer tested the product or not, end-users are now able to test their floors in their buildings to see which of the three COF traction ranges defined in the ANSI/NFSI B101.1 their floor meets. By empowering property owners, the test method also empowers slip and fall victim’s to which the slip and fall litigation door may now be wide-open.

The ceramic tile industry has taken a different approach. In 2013, the Tile Council of North America (TCNA) amended their longstanding ANSI A137.1 manufacturing standard to include a specific reference to testing the wet dynamic coefficient of friction (DCOF) of ceramic tile. This modification to the previous version of the A137.1 standard was in direct response to the 2012 publication of the ANSI/ NFSI B101.3 DCOF standard and rather than adopting the ANSI/NFSI B101.3 standard the TCNA chose to create their own watered down version which makes it easier for their members’ ceramic tile products to pass. A fact boasted about by one of their industries most respected independent testing labs. (http://www.safetydirectamerica.com/Floor-Friction-Testing.html)

The floor cleaning chemical industry has also failed to clean up their act and like floor covering manufacturers, they to do not test the slip resistance of their products.

An Aug. 25, 2003 study published by the NFSI revealed that 10 out of the 19 best-selling household floor cleaners actually made floors more slippery and averaged an 18 percent decrease in slip resistance.

Russell J. Kendzior, president & CEO of Traction Experts, Inc. and founder of the National Floor Safety Institute (NFSI), is recognized as the leading expert in slip-and-fall accident prevention. Kendzior has served as an expert witness in over 400 lawsuits. He is the author of the bestselling book, “Slip and Fall Prevention Made Easy,” the soon to be released book, “Falls Aren’t Funny,” as well as the “OSHA Self- Inspection Checklist.” Kendzior is currently the secretary of the ANSI B101 safety requirements for slip, trip and fall requirements and a member of eight American Society for Testing and Materials (ASTM) committees. For more information, call (817) 749-1705 or visit www.tractionexperts.com.

However most people do not connect the cause of a slip and fall to the floor or cleaning agent used but rather tend to blame themselves for not looking where they’re walking. But what if the actual cause was that of an inherently slippery flooring material or a slippery film left behind by a floor cleaner?

Most slip and fall victims do not file a lawsuit but rather go about their daily lives but for those who do, proving negligence can be difficult… but that too is changing!

A 2004 Jury Verdict Insurance Information Institute study revealed that tort verdicts have been increasing by 13 percent annually and even in tort reform states like Texas jury verdicts have climbed. In 2009, a Dallas County jury awarded a woman $4.4 million for injuries sustained in a DFW area grocery store (Liria Lopez v. Minyard Food Stores, Inc.) making it the largest jury verdict ever awarded in the state of Texas for a slip and fall.

Who knows, maybe the day may soon be near when we see a television ad asking “have you or someone you know been the victim of a slip and fall on any of the following floor coverings?” to which a lengthy list of floor covering manufacturer’s names scroll across the television screen. The question is whose law firm will be the one hosting the ad? Russell J. Kendzior