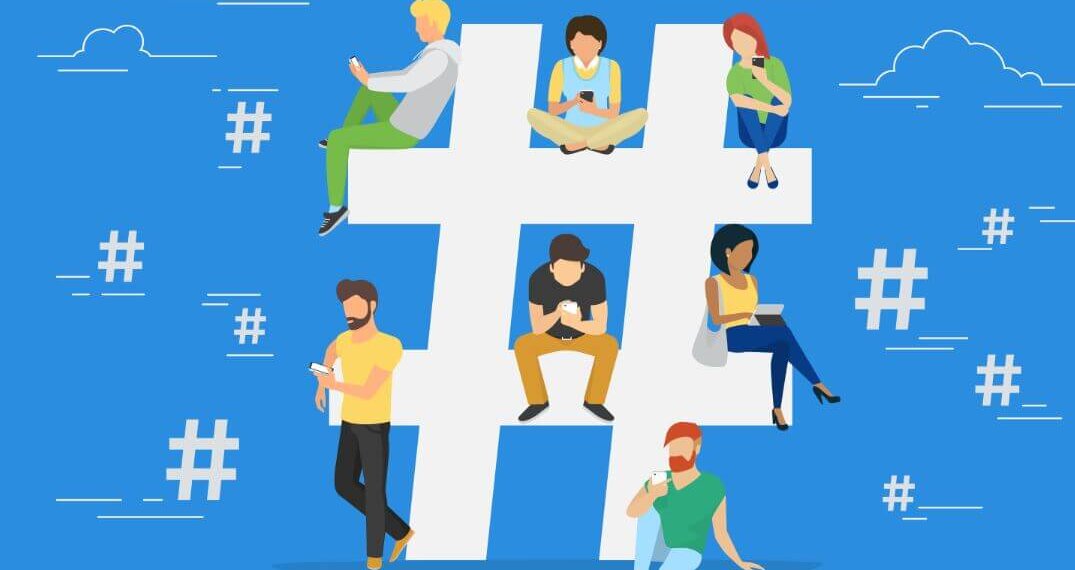 “#What?” That’s what many of us lawyers who were not weaned on the Internet actually think when we see a hashtag (the “#” symbol immediately followed by a word or phrase with no spacings). Actually, only the “What?” registers with some of us. Th e # symbol oft en causes a mental block to many over the age of 50. We are here to help get past this mental block.

Whether we like it or not, the hashtag method of communication is here to stay. The # symbol has and will continue to permeate our society even to the extent it affects intellectual property law. Did you know that in 2015, 487 trademark applications were filed in the U.S. Trademark Office to register hashtags as trademarks? In 2010, just six years ago, only three such applications were filed. This rather steep upward filing curve certainly shows what is “trending” in terms of attempts to register hashtags as trademarks.

Why would a client want to register a hashtag in the U.S. Trademark Office? With a bit of review on what a hashtag is and what a trademark is, we might just be able to answer this question.

What is a Hashtag?

Technically speaking, a hashtag is a metadata tag. Practically speaking, it is a way to categorize (hyperlink) a series of messages posted by users who probably do not know each other, at least from a physical standpoint – #virtualfriendships. For example, if you search for the term #Olympics2016 on Google, you will see that #Olympics2016 appears on Twitter, Instagram and other social media sites. On Instagram, a search for #Olympics2016 returns photos posted by users that (hopefully) relate to the 2016 Summer Olympics. On Twitter, messages relating to the Olympics and photos which Twitter now allows, can be viewed. From the user’s standpoint, a hashtag is a more focused method of searching and communing.

What is a Trademark?

A trademark is any word, name, symbol, or design, or any combination thereof, used in commerce to identify and distinguish the goods of one manufacturer or seller from those of another and to indicate the source of the goods. Given the creativity of the Internet, it didn’t take long for trademarks to start appearing with the # symbol. With this, questions aplenty have arisen.

Just because a registered trademark follows the # symbol and thus forms a hashtag does not mean that use of that hashtag is trademark use. Recall, a word or phrase is a trademark when it identifies a source for goods or services. Standing alone, a hashtag does not function as a trademark if there is no association with the sale of goods or services. For example, if ONE HECK OF A BEER is a registered trademark for beer and a post on Twitter says, “going to the brew pub for #oneheckofabeer,” this occurrence of the hashtag is more than likely not trademark use. However, if the post says “XYZ beer @XYZ brew pub #oneheckofabeer,” this very well could be trademark use.

Does the owner of the trademark registration for ONE HECK OF A BEER “own” the hashtag #oneheckofabeer? A hashtag is a metadata tag that anyone can create. It simply exists by virtue of its use to tag messages in the ether of cyberspace. At least one court in recognizing a hashtag as metadata stated, “Plaintiffs did not breach the SA [settlement agreement] through their use of “#cloudpen,” because hashtags are merely descriptive devices, not trademarks, . . . in and of themselves.” See Eksouzian v. Albanese, No. CV 13-00728-PSG-MAN (C.D. Cal. 2015)

However, in a more recent decision in Public Impact, LLC v. Boston Consulting Group, Inc., No. 15-13361-FDS, (D. Mass. Mar. 11, 2016), the court found a likelihood of confusion based on the defendant’s use of the plaintiff’s trademark PUBLIC IMPACT in defendant’s Twitter username, “@4PublicImpact,” and its frequently used hashtag, “#publicimpact.”

In our example, there may be trademark issues in the post, “XYZ beer @XYZ brew pub #oneheckofabeer,” at least of the unfair competition variety. It is in how the hashtag is used that may reconcile the two cases noted above.

Is it wise for the trademark owner of ONE HECK OF A BEER to pursue alleged trademark issues relating to #oneheckofabeer? Th e possible postings by others on Twitter in response to an assertion of rights should be weighed against any possible benefit. Th e Internet is a very unforgiving place where users are able post replies without fear of retribution.

In view of this discussion, should your client register #oneheckofabeer if it already owns the trademark registration for ONE HECK OF A BEER? Our answer is #interestingquestion … #AttorneyAtLawMagazine Z. Peter Sawicki and James L. Young