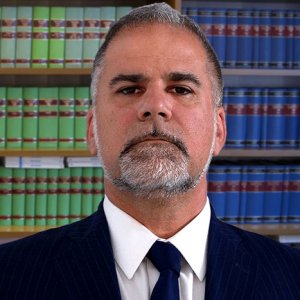 Over the years, there have been a variety of changes to the workers’ compensation process in California. One of the most significant was the July 2013 implementation of the independent medical review (IMR) process to settle utilization review (UR) disputes. Although this change was meant to make the process easier and less costly for the state, the IMR process has made California workers’ comp more complicated and has resulted in more denied claims for injured workers.

In order for workers’ compensation insurance to cover medical treatment for an injured worker, the worker must submit a DWC-1 claim form. A review board will then establish liability. Their decision determines whether or not insurance will cover medical expenses.

In many cases, an injured worker will need continued treatment for their workplace injury. They will need to see a qualified medical evaluator (QME) to get approval for additional medical care. This doctor must be specifically approved for California workers’ comp and must work within the rules and regulations of the system. Specifically, they must request a utilization review for any recommended treatment.

The UR, which is conducted by physicians and non-physicians, examines the medical records and uses California standards to determine if a given treatment is medically necessary. This request may be approved, denied, delayed, or modified. In any case, where the UR does not approve treatment, a letter will be sent that explains the reasons for the decision.

If the worker or the worker’s representative disagrees with the UR, they may request an IMR. In those cases, the state of California has designated Maximus as the organization that conducts all IMR. Maximus will select an independent physician to review relevant medical documents pertaining to the workers’ compensation case. It’s important to note that the physician conducting the IMR never sees the injured worker. Instead, they only work off of the documents provided by the QME.

The independent physician will then issue a written decision. They will either overturn the UR and recommend medical treatment, or they will confirm the initial UR by deeming the requested treatment as not medically necessary. Although disputing an IMR decision is possible, the injured worker’s legal team may only do this under specific circumstances. In most cases, the IMR represents the final decision in regards to that specific medical treatment.

Problems with the IMR

Even though the IMR was initially designed to make workers’ compensation quicker and easier, the reality is that the new system has caused many problems for injured workers. In many cases, the new system is skewed toward insurance companies. Instead of helping workers, the IMR is more likely to lead to a denial of medical treatment.

The California Workers’ Compensation Institute (CWCI) conducted a study in 2018 to examine the effects of implementing the IMR. They found that in over 90% of cases the IMR physician upheld the initial decision of the UR. As a result, a large number of workers did not receive the medical care they and their physicians initially requested.

What We Can Do

Californians should also contact their local lawmakers and California State Congress representatives in order to express concerns with the new IMR program. Over five years have passed and the process continues to fail injured workers. If more citizens contact lawmakers, there is a greater chance that we will see a positive change in the workers’ compensation system.

Bo Katzakian is a California workers' comp attorney who focuses 100% on workers' compensation law. He is passionate about helping injured Californians. He has spent the better part of the decade fighting to get his clients the greatest possible compensation for their work injuries.