Is It Time to Review Your Firm’s Compensation System? 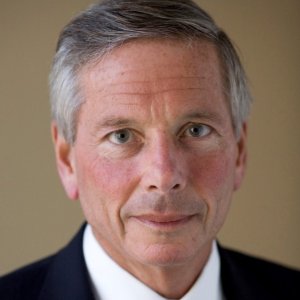 In a shifting environment in which the profession of law has transitioned to the business of lawyering, assessments of, and modifications to, compensation systems must be on the table. An integral component of the business model is a compensation system that recognizes and rewards behaviors, skills and performances which further the overall strategic goals and objectives of the firm. Firms are recognizing the value of using compensation more effectively as a management tool to increase profitability and growth. Technology allows firms to “look behind the numbers” to identify clients, matters, practice areas, and attorneys who add the most to the bottom line.

Revising compensation systems, however, has long been a “third rail” issue for law firms. Lawyers are change averse and are reluctant to consider changing an arrangement that worked very well over the years but may not be the best system for the financial health and future growth of the firm. A redistribution of the same profit results in perceived “winners” and “losers.” Convincing attorneys to agree to a new compensation system which pays them less, but is best for the firm, is an uphill battle.

Perhaps the most compelling reason is that the legal landscape has changed dramatically. I remember originating a client during my first year as an associate. I was proud of that success which I shared with the named senior partner. You can imagine my reaction when the partner literally pointed his finger and said sternly, “We don’t pay you to bring in business, we pay you to do the work. Now get back to your desk!” Unlike years ago, when there was as much business as firms could handle, today there are many more lawyers competing for fewer clients. Client loyalty is eroding, and business development has become almost predatory. Your firm’s clients are your competitors’ targets. Much more time and effort are required to build and sustain client loyalty. Doing great legal work is no longer sufficient, and clients no longer are reticent to replace their attorneys and law firms.

There are only two ways attorneys can generate fee revenue for a law firm—by originating the work regardless of who does the work, or by doing the work, regardless of who originates it. For years the debate has been the relative contribution of each. Until fairly recently, most firms favored the working timekeeper. Some firms elected not to track originations because of the potential for divisiveness of the allocation. The pendulum has now swung in favor of the originators. Those firms still paying a premium for working timekeeper receipts run the risk of losing attorneys who are more highly valued by competing firms. They may not be able to retain or attract attorneys who demonstrate origination potential. The stigma once attached to an attorney who “jumped ship” from one firm to another no longer exists. Today, attorneys who have proven to be effective new business originators have more control over their career paths, and thus can command a higher level of compensation. Those attorneys are also more likely to take the call from a recruiter, or a competing firm, if they think they are being underpaid. Compensation, therefore, needs to reflect the vagaries of the marketplace where originators have the upper hand.

Another reason to rethink existing compensation models is that lawyers who are ascending the partnership ladder are not eager to subsidize the “in-office retirement” of tenured partners who may no longer be productive. Economic reality makes it unacceptable for a partner to “coast” into his or her retirement by living off previous accomplishments. Unfunded retirements are a vestige of the past. Seniority is no longer a compensation criterion in most firms.

PAY FOR PERFORMANCE—LOOKING BEHIND THE NUMBERS

To achieve its goals, a firm should have a compensation system that rewards and motivates behaviors, attitudes and performance which are consistent with firm goals and objectives.

Every firm must define success in its own way and identify the types of performance that it seeks to encourage. A compensation system should promote the long-term success of the firm by providing incentives to all partners to expand the firm’s business and contribute to its profitability. A successful compensation plan rewards those who have made the most effective contributions.

An effective compensation system must also be tied into partner accountability. More firms are scrutinizing what it means to be a partner. What are the minimal contributions partners are expected to make? Each year the bar gets raised and partners no longer are entitled to be paid for non-performance. Years ago, firms would look at trailing averages of three, then two years. Now firms are adopting a “what have you done for me lately” approach.

It is important that all partners agree to be held accountable for their actions. Autonomy must be subordinated to accountability.

The book (and successful motion picture) Moneyball, by Michael Lewis delved into the way an innovative general manager named Billy Beane transformed the way the game of baseball evaluated talent. Beane believed that statistics trump instinct. Rather than trust the “eye” of experienced scouts to judge a player’s potential, he assessed ability based on strictly empirical evidence. Using this objective approach, he built a competitive team at a fraction of the payroll as other major league franchises.

In a similar vein, advances in technology have given us the tools to look behind the numbers that have traditionally been used by law firms as a measure of performance. Where once success was viewed as accumulating the most billable hours and generating the highest gross billings, we can now answer the question, “How much did the firm actually make from this client, practice area, or attorney?”

Some firms are looking at the “cost of production” by analyzing partner performance and contribution to profit. For example: Two clients each pay a law firm $1 million per year in fees. Each appears to be a potentially profitable client. If we dig a little deeper, we find that one client required 5,000 hours of attorney and staff time, while the second client was managed using just 2,000 hours of attorney and staff time. Now which client looks more profitable? Which partner should receive more compensation based on this measure of performance?

Analysis of realization must also be a factor in compensation systems— There are three percentages generally looked at—(i)the billable value of hours worked to the fees collected from that work, (ii) worked to billed, and (iii) billed to collected. When I chaired my firm’s compensation committee the same partner would come in year after year and boast about his $1.5M “book.” Realization meant nothing to him, and he dismissed the criticism that in order to generate the $1.5M he (i) reduced his “A” rate, (ii) then also discounted his “B” rate, (iii) wrote off 10% of the receivable, and (iv) used a disproportionate amount of timekeepers on those matters. Yet he still demanded to be paid on his gross receipts. It was akin to having auto manufacturers pay their assembly line workers more than the price of the vehicle! How long would a car manufacturer remain in business using similar practices?

In my next column, I’ll explain how changes to a compensation structure must reflect the law firm’s culture, history, values and business objectives. Peter A. Johnson

Peter A. Johnson is founder and principal of Law Practice Consultants, LLC of Newton, MA. Law Practice Consultants, LLC offers consulting, coaching and training services that help law firms respond to the challenges of today’s highly competitive legal marketplace. Prior to consulting, Peter was a practicing attorney at a 40-person law firm in Boston where he was chair of the compensation committee and, thereafter, managing partner. He works extensively with mid-sized and smaller firms focusing on management, governance, and compensation systems. For more information visit www.lawpracticeconsultants.com.