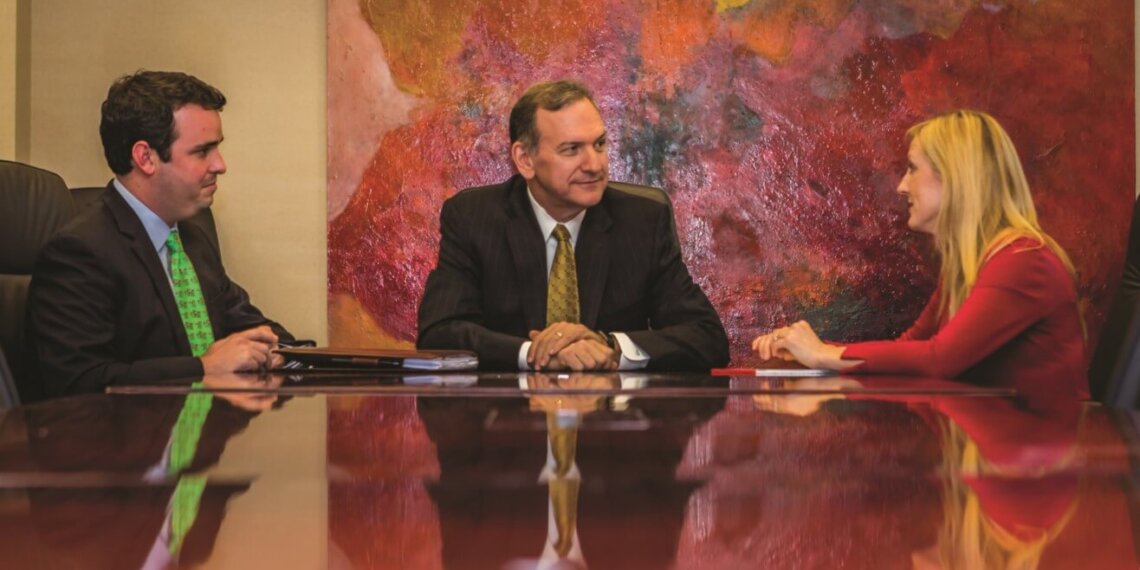 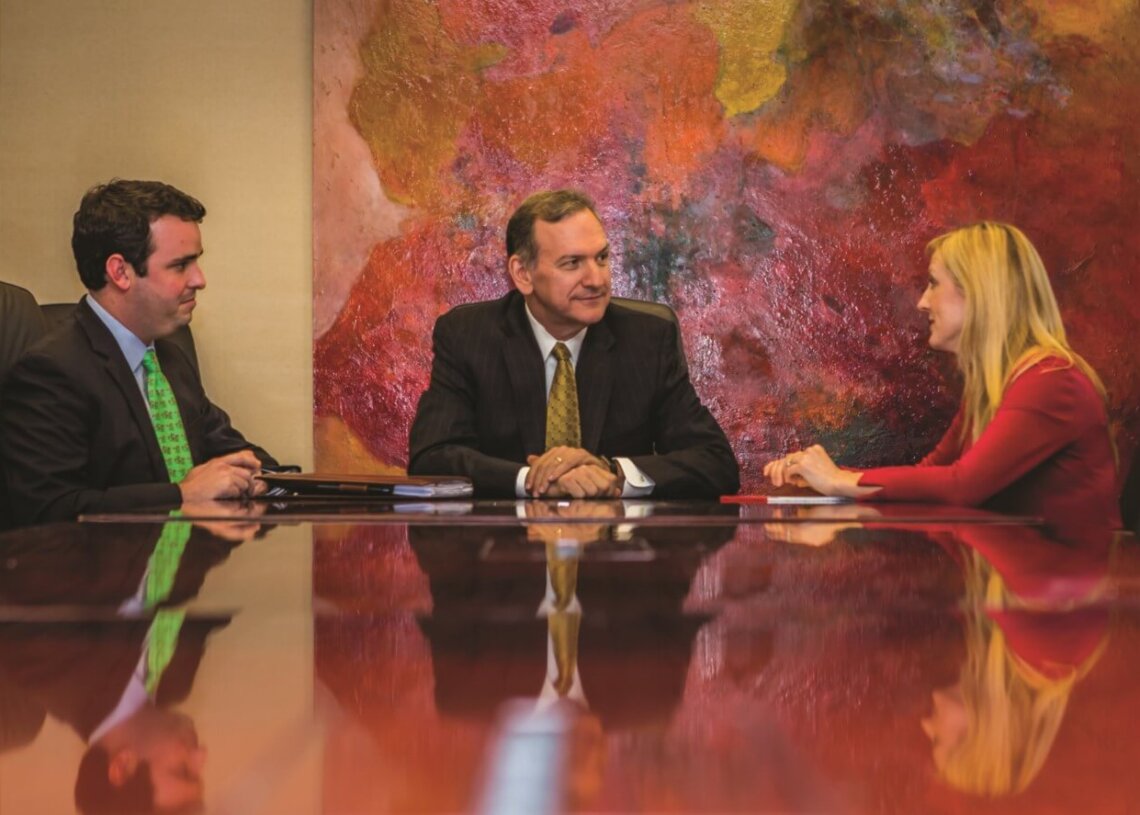 “In terms of mediation practice, my philosophy is that as long as there is movement, there is life,” says John Hays of Jackson Kelly PLLC. He is a member of the firm’s Lexington office.

Hays’ practice is primarily focused in construction litigation, contracts and commercial litigation. He has extensive training and experience as a mediator in construction, commercial, employment and personal injury disputes and is on the CPR Regional Panel of Neutrals. He has also served as an arbitrator and is on the Commercial Arbitration Panel for the American Arbitration Association. He is a frequent author and lecturer on topics related to construction and alternative dispute resolution.

Although mediation accounts for only about 30 percent of his practice, Hays has been a mediator in all types of cases for more than 20 years and sees mediation playing a larger role in the legal system in the coming years.

“Mediation has been growing steadily, basically since my first experience with it. In Kentucky, it took a little longer to be accepted by the bench and bar. But when the Mediation Center was started in Lexington there was quite a bit of training and interest among lawyers and the judiciary. It’s just steadily grown and grown as part of my practice.”

Hays says that when he was in law school, mediation was virtually an unknown legal option, but aft er graduating and practicing for a number of years, a friend suggested that he look into it. He did, and the process stood out to him. “I see lawyers as problem solvers. I felt like this was a process that allowed lawyers and the parties involved to sit down and solve problems.”

He discovered early on the importance of keeping the process moving. “A lot of times negotiations can creep along slowly. For example, somebody starts the process claiming a million dollars and the other side claims a thousand dollars. Things can easily come to a standstill. I have actually handled cases like that that have gotten settled because one or both sides had unreasonable expectations, and they had to move through the negotiating process to figure out what made sense.”

Hays believes that successful mediations require open lines of communications at all times. “Some people, some mediators see that big gap, and they just say, ‘We just can’t get it done so we’re going to call it an impasse and go on and litigate.’ That’s not my way. As long as there’s movement – I don’t care how small – as long as negotiations are continuing, we have a chance of getting things done. So, I’m very much a ‘patience and persistence’ mediator.”

Hays notes that part of the problem attorneys and clients have early on is making decisions without all the necessary facts and full information. “Until there is some basic exchange of information, it’s an enormous challenge to move things along. The mediation process, which I don’t think is always appreciated, can transform that exchange into a more rational process.” Hays says it’s possible that mediation could become the first avenue of legal recourse instead of going directly to court. Litigation will never go away “because, frankly, some people just disagree.” But we can now say in Kentucky that the vast majority of lawyers and judges already accept mediation as part of the dispute resolution process.

Hays says that “pouring oil on troubled water” is an essential element of mediation, and that can only be accomplished when the mediator remains neutral. That doesn’t mean he refrains from expressing an opinion when asked. “If the parties ask me how I see their position or what I think about something, I will tell them. But what I always tell people in my introduction is to be careful what you ask for.”

He adds, “So, what you want to say to them is, ‘Look, yes, you have your side, yes you disagree, but that doesn’t make the other side a bad person. They just see it differently. They have different interests and they have a different set of needs.’ So you’re trying to get each side to understand that. That doesn’t mean they’re going to agree. You’re just starting to get them to recognize that it’s not the devil on the other side.”

Allowing the parties to vent their emotions is also an important part of the process, he says. Parties may be uncomfortable talking about their situation, or they might have a lawyer who wants to do the talking. But if you don’t allow the parties to vent, it may be more difficult for them to accept the resolution process. “Once they come in and pour their guts out to you and you listen, it can become easier to talk about the resolution. You can then say, ‘Well, all right. I hear what you’re saying. I understand what you’re saying. Now, let’s work on a solution.’ That’s usually the better process. If you don’t allow the venting process, suppressed feelings can come back to haunt you.”

Neutrality and a Sense of Humor

Hays says mediators shouldn’t take matters personally. “Although we’re not supposed to take sides, we’re human – and we’ll hear things and interpret whether they’re right or wrong. And if you get personalities clashing it makes it tough to continue the process. Those are the times I really have to work the hardest. Maintaining neutrality without getting into telling people what to do can be difficult, but that’s the one thing I won’t do. Parties have a right to be unreasonable and my definition of unreasonable may be wrong. I let them direct it and decide how the outcome will be regardless of how I think about it.”

“I try to keep things going by having a sense of humor about what we’re doing. What keeps me able to do that is the fact that I’ve done so many of these things. I don’t take it personally. If the parties don’t settle, if they’re not able to reach a resolution, I don’t see that as unsuccessful. If they do get there, it’s not my success, and if they don’t get there, it’s not my failure. It’s their process. As long as I’ve gone in there and done what I’m supposed to do to keep that flow of information, the communication going, then I feel comfortable with what’s going on.”

The most enjoyable part of his practice is meeting and getting to know people. He says, “I find it fascinating to hear how other people approach conflict, how they deal with problems, how they try to resolve problems, the creativity they put into it, the passion they put into it. I have the honor of dealing with a lot of really great lawyers and getting the opportunity to meet some really wonderful people. To me it’s not a job. It’s enjoyable.”

He adds, “It’s not for the faint of heart.” Hays encourages law students and young lawyers interested in mediation to pursue that avenue, but with their eyes open to the realities of the marketplace. “I tell them where to get training. I encourage people to do it because I think if you want to do it, you should do it. I also tell them don’t expect to make your living this way. There is only a handful of attorneys in Kentucky who can say they are full-time mediators. I’m not a full-time mediator. Most of my work is handling construction transactions and litigation.”

Although Hays is a well-known mediator, approximately 70 percent of his practice is devoted to representing clients in commercial transactions and litigation. “I enjoy being a mediator, but I also enjoy practicing law, and my practice as a lawyer is considerably more extensive. I handle many different types of commercial cases and commercial contracts, but construction is the bulk of it.”

He represents every facet of the construction industry including owners, contractors, sub-contractors, suppliers, architects, engineers, and so on. He is also involved in helping negotiate and draw up contracts.

“It’s intertwined with my mediation work because I’ve gotten a reputation as being a construction mediator. That’s not really completely accurate because once upon a time I was heavily involved in employment cases as a lawyer. I’ve had a lot of employers and employees hire me for employment mediations. I handled insurance defense and plaintiff work and continue to handle those types of mediation. It’s all connected,” Hays says.

Hays and his wife, Tamra Gormley, met and married while in law school at the University of Kentucky. She is an attorney and a former prosecutor and former judge.

They have a son, Matthew, who is pursuing a career as an actor in Los Angeles. Their daughter, Hannah, is in graduate school in Boston and may be headed toward a career in law.

Hays enjoys reading. While a science fiction fan, his current reading involves more history, which was his major at Princeton. He also has eclectic tastes in music. “I have a list of music on my phone that would amaze people because it runs from rap to country and everything in-between. I just enjoy quality. I don’t care what type of music it is. Books are the same way,” he says.

He enjoys walking and running and has run both the New York and Chicago marathons. “Talk about an experience. The New York marathon was one of the most fascinating things I’ve ever done in my life. You get both sides of the road, and you’re in areas I’ll never see again. The crowd was supportive for 26 miles, and it was just an incredible experience,” he says.