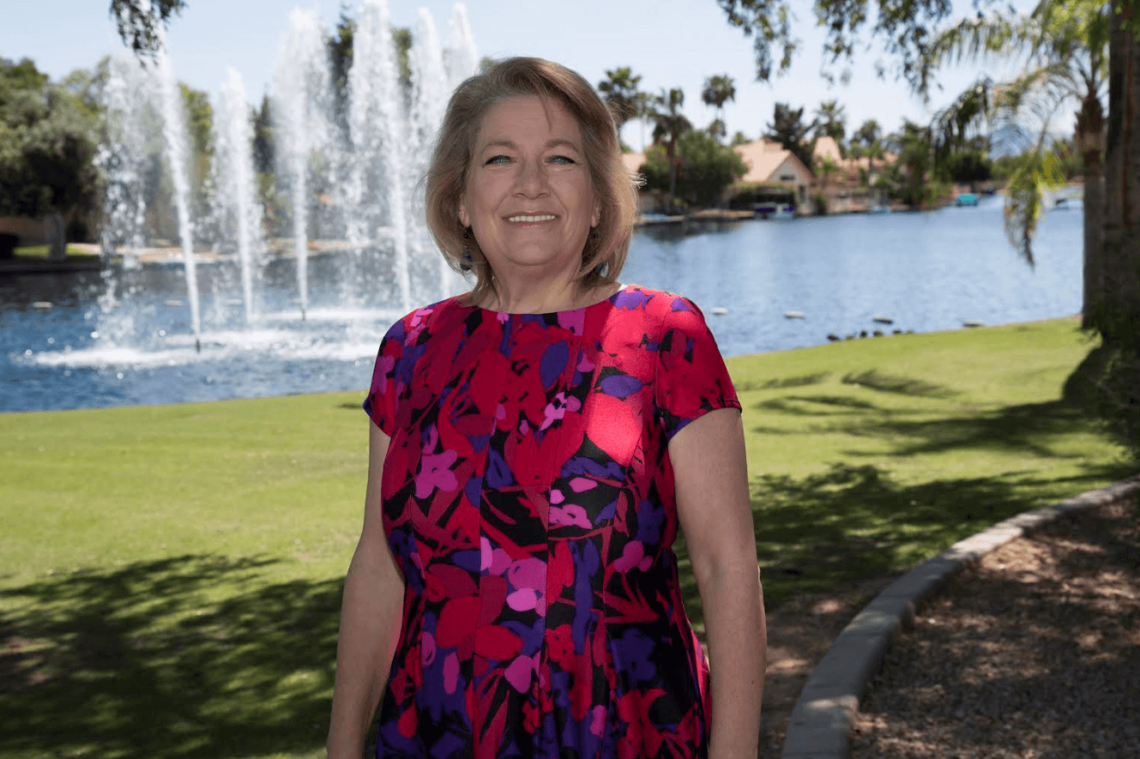 Attorney at Law Magazine recently spoke with Judge Anna Huberman who was elected as the first Country Meadows Justice of the Peace in Arizona in 2013. The daughter of immigrants, Judge Huberman spent much of her youth in Argentina where she perfected her Spanish, a language that has served her well as a judge. In 2019 the Justice of the Peace Association named her J.P. of the Year.

AALM: How did growing up in Argentina impact you as an adult?

AH: Coming of age in Argentina under the rule of a military dictatorship made it difficult to consider going into the foreign service or anything related to government and politics. But being a lawyer would allow me to follow any of the many paths that could become available in the future. Although I worked at a law firm that primarily did commercial work, I was always drawn to community outreach and criminal law and volunteered my time working pro bono cases and on prison reform.

After I moved back to the United States, I stopped practicing law but remained involved in my community and advocacy. There was not a democratic government when I turned 18 in Argentina, so I was not able to vote. I have never taken voting for granted ever since and have never missed casting a ballot in an election, however minor. Before becoming a judge, I was also active in local politics, working for issues and candidates. Which is why I am particularly proud to now hold an elected office.

AALM: You worked for many years as the interpreter for the Superior Courts. Can you talk about that experience and how it helps you in your role as Justice of the Peace?

AH: Even though I was an attorney, in Argentina I became involved in subtitling movies for video, at first as a favor to my father. But I truly enjoyed the work, both for my love of movies and my love of language. When I moved to Arizona, I applied to become a court interpreter where I was able to combine my knowledge of law with my bilingual skills. I am sure that being an interpreter helped make me the judge I am today. Interpreters are neutral parties who only facilitate communication and do not insert themselves in the proceeding. But that doesn’t mean I didn’t have my opinions. I was able to understand communication between attorneys and clients and judges and litigants from a unique perspective. Once I became a judge, I might not have been sure what kind of judge I wanted to be, but I was sure the kind of judge I did not want to be.

I was able to understand the fear and confusion litigants face in court and how important it is to express matters to them in a simple, reassuring manner. And that behavior is not changed with an iron fist, but with compassion and tolerance. I feel that defendants should be allowed to make repairs within their means without having to sacrifice their own or their family’s well-being.

… behavior is not changed with an iron fist, but with compassion and tolerance.

AALM: What is most challenging about your job?

AH: The biggest challenge of being a justice of the peace is also the biggest reward — dealing with self-represented litigants. Most landlords and debt collectors are represented by attorneys, but hardly any tenant or defendant has legal representation. And on the criminal side we only appoint attorneys for defendants charged with misdemeanor domestic violence or DUI if they can’t afford or have not hired their own attorney.

Self-represented litigants do not understand the law or the court process, they let emotions interfere with reason, and they feel the system is stacked against them. What I enjoy most about my job is engaging with litigants, being able to explain the procedure, what is expected of them, what decisions they must make and making sure they are fully able to participate in their cases and exercise their rights.

So many times as judges, our hands are tied and the black and white letter of the law does not allow for much discretion. In those cases, I make sure to let the litigants know that I recognize their situation but that unfortunately I have to follow the law. I find that defendants usually accept the result, even if it not in their favor, if I can explain it to them with empathy and understanding in a clear, simple language they can understand.

AALM: What are some challenges you see negatively impacting the judicial system? (other than COVID-19)

AH: We need to make sure that the courts are fair and equitable and not have devastating effects on our most vulnerable population. We must question if the poor are being overly punished by fines (mandatory or not) that they can’t afford and what consequences that brings.

Sometimes it feels like a vicious circle. Not being able to afford registration brings on mandatory fines for no registration which then triggers registration suspension. And drivers find themselves in an ever deeper hole which they can’t dig themselves out of.

Another challenge is access to justice. How to allow litigants to fully participate in the court process.

On the criminal side, it is a constitutional right to have an attorney for felony charges. But not so for misdemeanors. In our Justice Courts, we always appoint attorneys when the defendant is facing jail time. And many courts, as does mine, appoint attorney in domestic violence cases. But there are many other misdemeanor charges that can carry significant consequences for defendants, yet they must defend themselves.

Because of lack of funding it is nearly impossible to get legal aid for civil cases.

Because of lack of funding it is nearly impossible to get legal aid for civil cases. And Arizona eviction law allows for quick proceedings and few defenses. Most defendants don’t show up for their court cases, even those few that actually file an answer to a complaint. They are scared, they don’t understand the system and they feel that they can’t win, especially if the plaintiff is represented by an attorney.

AH: Over the years I have been involved with a variety of organizations and programs. When my children were still in school, I was active in the PTO and the Band Booster Club and after they graduated I remained active in education advocacy both as the community member of the PTO and with Support our Schools, a grass-root advocacy group in support of public education. I founded a PAC to recruit candidates for local school boards. I also mentored Latina girls to keep them on a path to college.

My husband is retired from American Airlines so we love to travel, both to the visit family outside of the country and to vacation in new places. I have 2 children and 3 stepchildren (with four grandchildren for now), all of them in different cities in three different countries. When I am not travelling you can find me interpreting or granting wishes for Make a Wish Arizona or serving comfort food for homeless seniors.