Justices Split on Interpretation of Application of IIRIRA 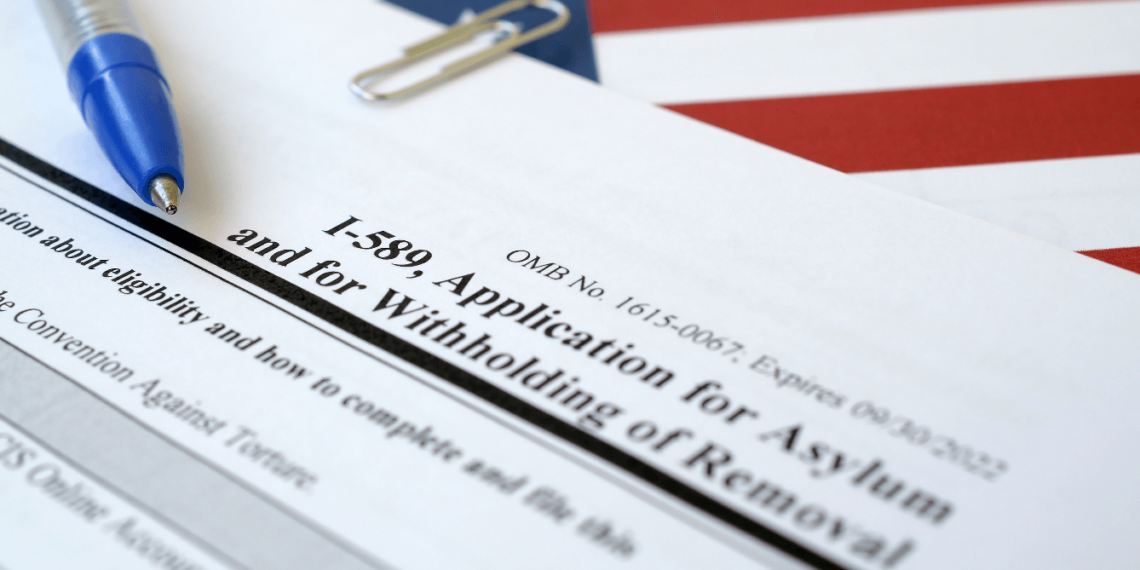 Under the Illegal Immigration Reform and Immigrant Responsibility Act (IIRIRA), certain “applicants” seeking admission to the United States can be placed in expedited removal. The law allows those applicants who demonstrate to an asylum officer a “credible fear of persecution,” meaning that they show is a “significant possibility” that the applicant can establish eligibility for asylum, can avoid expedited removal. If these criteria are met, then the applicant is entitled to “full consideration” of an asylum claim in a standard removal hearing. If these criteria are not met, that is if an asylum officer rejects the applicant’s credible fear claim, this rejection can be reviewed by a supervisor and then appealed to an immigration judge.

However, if the applicant petitions for a federal writ of habeas corpus, IIRIRA limits the review that a federal court may perform on that writ. Specifically, courts may not judge “the determination” that an applicant lacks credible fear of persecution.

Vijayakumar Thuraissigiam is native to and a citizen of Sri Lanka and is also a Tamil, an ethnic minority group in Sri Lanka. Thuraissigiam was stopped 25 yards after entering through the United States’ southern border and was detained for expedited removal. An asylum officer rejected his credible fear claim, which was affirmed by a supervisor and an immigration judge.

Thuraissigiam then filed for a federal writ of habeas corpus, asserting a fear of persecution if he went back to Sri Lanka based on his Tamil ethnicity and political affiliations and requested a new opportunity to be considered for asylum. He argued that his expedited removal order violated his constitutional rights under the Suspension Clause and the Due Process Clause.

The District Court dismissed Thuraissigiam’s petition for lack of subject matter jurisdiction, but on petition to the Ninth Circuit Court of Appeals, this court found in favor of Thuraissigiam, holding that IIRIRA’s barring of federal judges to review the determination of an applicant’s credible fear of persecution violates both the Suspension Clause and the Due Process Clause.

In a 7-2 decision, the Supreme Court ruled that that stipulation in IIRIRA does not violate either of those clauses. Justice Alito authored the majority opinion in which Justices Kavanaugh, Gorsuch, and Roberts joined. While Justice Thomas filed his own concurring opinion, Justice Ginsburg joined Justice Breyer in a separate concurring opinion. Justice Sotomayor filed a dissenting opinion in which Justice Kagan joined.

The majority references the definition of the Suspension Clause in the Constitution as it holds that “[t]he Privilege of the Writ of Habeas Corpus shall not be suspended, unless when in Cases of Rebellion or Invasion the public Safety may require it.” Holding to the writ of habeas corpus’ original meaning in 1789, Alito writes that “the writ simply provided a means of contesting the lawfulness of restraint and securing release.” Because at the time of its adoption, the writ of habeas corpus was used to challenge and seek release from unlawful detention, not as the plaintiffs argued, “to permit a petitioner to claim the right to enter or remain in a country or to obtain administrative review potentially leading to that result,” Thuraissigiam’s petition for a writ was unfounded. The Suspension Clause does not apply in this situation.

In his concurring opinion, Justice Breyer says that, because the Court was asked to consider the Suspension Clause only in Thuraissigiam’s case, “I agree that enforcing those limits in this particular case does not violate the Suspension Clause’s constitutional command… But we need not, and should not, go further.” Considering the Suspension Clause broadly in cases dealing with noncitizens that challenge removal decisions can encourage a “‘serious and difficult constitutional issue,” he says. For example, noncitizens who have lived in the United States for more than two years are legally allowed to be placed in expedited-removal proceedings, but if the Suspension Clause were to be considered more broadly, this two-year cap can consequently be raised or eliminated altogether.

But Justice Sotomayor fundamentally sees this case differently. Citing the integrity of the judicial and legal procedures, Justice Sotomayor argues that the majority’s ruling in this case allowing asylum claims in expedited removal proceedings, “handcuffs the Judiciary’s ability to perform its constitutional duty to safeguard individual liberty and dismantles a critical component of the separation of powers.” In doing so, Justice Sotomayor states, the Court is allowing the lives of those seeking asylum to be at the mercy of “arbitrary administrative adjudications,” “no matter whether the denial is arbitrary or irrational or contrary to governing law.”

Directly addressing both Justice Alito’s argument that IIRIRA disallows federal judges from reviewing the determination of credible fear proceedings because it would place an undue burden onto the judicial system as well as the constitutionality of the law itself, Justice Sotomayor reasserts the independence of the Supreme Court. Justice Sotomayor states, that “the Court appears to justify its decision by adverting to the burdens of affording robust judicial review of asylum decisions. But our constitutional protections should not hinge on the vicissitudes of the political climate or bend to accommodate burdens on the Judiciary.”

While the majority rules on matters of precedent and original constitutional intent, the dissent argues primarily on the constitutionality of separation of powers between the Executive and the Judiciary as well as the integrity of the Judiciary to safeguard individual liberties and retain its independence.