Kenan Timberlake: A Practice For The Ages 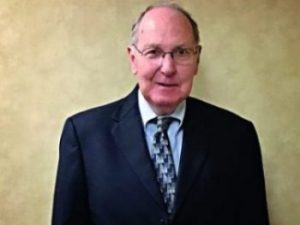 Huntsville, Alabama, is what you might call a big town with a small-town feel. In the few blocks that make up the downtown area, dozens of attorney offices cluster around the courthouse square, as one might expect in a city of 20,000 instead of the 200,000 that now call the Huntsville metropolitan area home. Solo practitioner Kenan Timberlake might be called one of the oldest of those practitioners. The 81-year-old attorney harks back to the time in the early 1960s when Huntsville truly was a small town, just as the space and rocket boom quadrupled its population from 25,000 to nearly 100,000 in a scant two decades.

The exact year was 1962, when the newly minted attorney began his career with Page & Williams, one of Huntsville’s established firms.

“I practiced there for a year. Then I formed a partnership with a contemporary, James Beck, who in the late 1960s left to become a trust officer with what was then the State National Bank. Since that time, I’ve had two other partners, but I’ve essentially been a solo practitioner for most of my time in practice.

“When I started practicing, there were about 45 lawyers in Huntsville,” he continues. “I think I may have been about the fiftieth.”

He started out handling plaintiff and criminal defense work, “just about anything that came in the door.” But as Huntsville grew in the 1960s and ’70s he was able to specialize. Today, the Huntsville-Madison County Bar Association lists more than 900 attorneys on its rolls.

In 1976, with his practice firmly established, Huntsville’s growth to the suburbs presented Timberlake with a unique opportunity to acquire the historic downtown property at 106 South Side Square that has housed his practice for the last 41 years.

While he was moving in, his son, Michael, asked why he was stocking his father’s legal bookcase for free. An attorney friend told him that he should ask his dad for pay because Timberlake was violating the Child Labor Act. Today, Michael is a Hunstville attorney in his own right.

“If someone needs a will, power of attorney or to probate an estate to distribute assets to the legal heirs, we assist with that.” He estimates this estate work now accounts for about 80 percent of his practice, with much of the rest devoted to spinoff real estate work.

Alabama probate law gives considerable latitude for a parent to handle a minor’s inheritance with little restriction, something that bothers Timberlake.

“We’ve known cases where a minor’s parents felt they needed a new Mercedes Benz to carry the child from one activity to another.” But he pointed out that arrangements can be made requiring the parents to get court permission before they can withdraw funds from the estate.

But he cautions against letting teenage heirs have too much discretion over the amount of money they can legally receive when they reach 19 years of age. In one case, a minor wanted part of his inheritance every month, and when he reached 19 years of age he was able to get it all. In about four months the money was gone.

“Youth get their hands on money but have no idea how to handle it. A good relationship between a child and his or her parents can make a lot of difference. When we see situations where the child has solid parents, we’re usually confident they will manage the money carefully.”

Over the years, however, Kenan Timberlake has seen too many cases where the probate court can’t rely on the parents. “In those cases, we try to set the funds up in trust.”