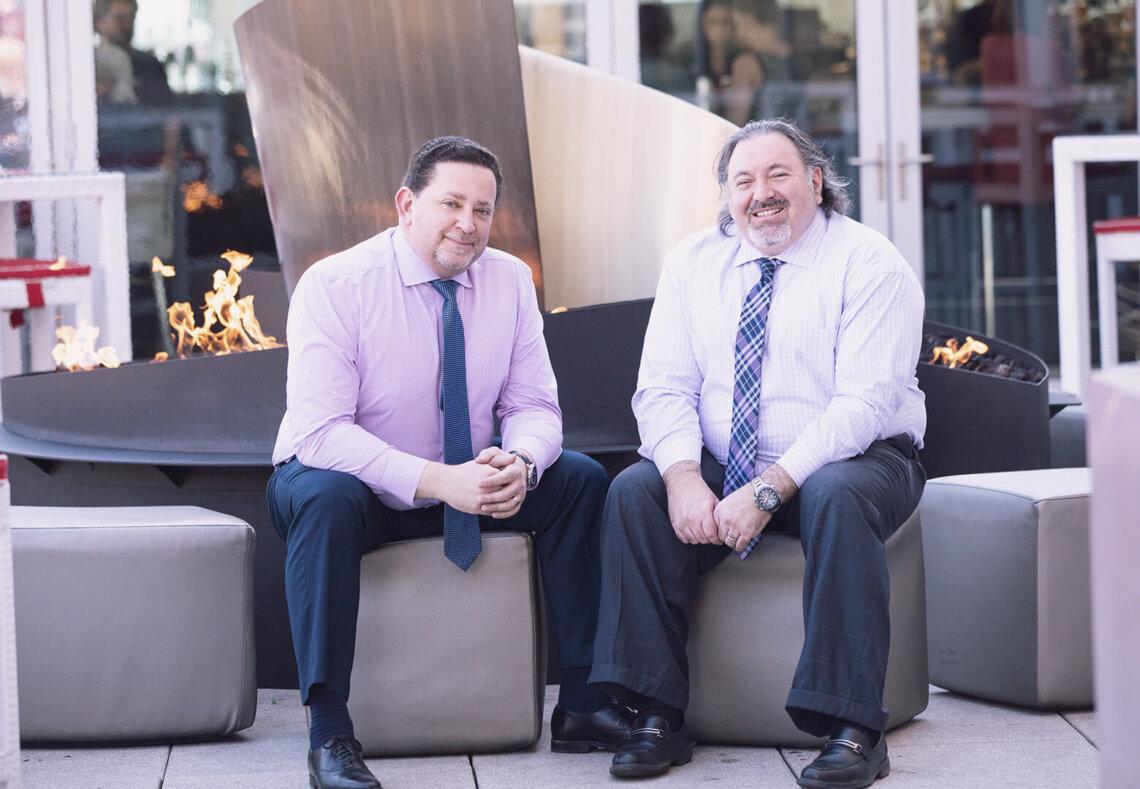 Kishinevsky and Raykin: A Passion for Helping Kids

The firm’s client was a young female student and the victim of sexual assault. Her mother and her therapist informed the girl’s school of the unfortunate situation and the fact that she was struggling with a number of serious issues that had developed since the incident. She needed to be evaluated immediately for a special education plan known as an Individualized Education Program (IEP) and then placed in a special needs education program. “The parents told the administrators, ‘You’re dealing with a different kid now. She didn’t have these problems before the assault. She is going to get into serious trouble if she isn’t evaluated,’” says Igor Raykin, partner in Kishinevsky and Raykin, Attorneys at Law.

Unfortunately, the school system did nothing to help the girl. In fact, they essentially washed their hands of the situation and  said they were going to expel her.

“I jumped in and said, ‘We’ll just see about that,'” Raykin says.

The firm sued the school immediately. Under the Individuals with Disabilities Education Act when someone sues a school district something called ‘stay put’ kicks in, preventing the district from moving the kid out of their current educational placement. In this case, the expulsion was stopped and the child was properly evaluated. The school paid a substantial amount of damages and had to provide a lot of compensatory services.

So many of the so-called ‘bad kids’ aren’t bad kids. They’re just kids who have some possible mental health issues.”

“So many of the so-called ‘bad kids’ aren’t bad kids,” he says.”They’re just kids who have some possible mental health issues. The challenge is moving people to understand that these kids can be successful; they just need additional support services. Once we’ve addressed their needs, we can help these kids better function in society.”

A Dedication to Serving the Under-Served

The partners at the firm, Raykin and Timur Kishinevsky, have passion for helping the under-served.

Raykin comes by his passion for education naturally. He was a teacher and an administrator in public education from 2002 to 2012, always working in difficult environments. He spent six years working at a juvenile prison, started a school for homeless kids, and was a dean in charge of discipline at West High School in Denver – a very tough high school.

“In those roles, I saw a lot of kids struggling with special needs. In public schools, I saw a lot of opportunities to help kids with special needs as well as kids who were facing gender discrimination and sexual assault,” Raykin says. “When I started practicing law, I decided I wanted to focus on kids because I knew there was a need and they were being underserved.”

When I started practicing law, I decided I wanted to focus on kids because I knew there was a need and they were being underserved.”

Kishinevsky also worked in public service for many years before going into private practice. He honed his courtroom skills as an assistant city attorney with Lakewood for several years before moving on to be a deputy district attorney with Adams County. Kishinevesky spent seven years as a prosecutor before bringing his experience to criminal defense work and personal injury.

The two partners, along with other attorneys and their staff, devote their practice to special education law, general education law, higher education law, Title IX, personal injury, professional license defense and juvenile criminal defense. This year, they anticipate being one of the first firms in Colorado to bring a lawsuit – in fact, two of them – under a new law called the Claire Davis School Safety Act. This act allows some victims of violence at schools to go after school districts. Until 2018, there were strong barriers against these types of suits in Colorado, but the act makes it easier to bring such suits.

Kishinevsky and Raykin plan on putting this law to the test.

Kishinevsky emigrated to the United States from Ukraine as a 3-year-old in the late 1970s, and  Raykin arrived from Russia in 1980 as a 4-year-old. They both continue to speak Russian and have numerous Russian clients.

Raykin and Kishinevsky have known each other since they were kids – about 40 years. They became partners in 20212.

Kishinevsky says he loves to help kids. “For years as a prosecutor, I saw firsthand how people with mental health needs got trapped in the system. Those folks clearly faced a lot challenges growing up with special needs. Perhaps if we did a better job helping them as kids, they wouldn’t be in the system as adults.”

He also relishes the opportunity to seek justice against school districts whose actions have resulted in injuries to kids. “The Colorado Governmental Immunity Act protected schools for far too long. As a result, countless kids were injured and have no recourse. The Claire Davis Act at least gives us a fighting chance to help a lot of kids who’ve been hurt.”

Kishinevsky and Raykin now employ three other attorneys in addition to a support staff. One associate, Tyler Jeffrey, had been a prosecutor from 2013 to 2018 in Florida and in Colorado before entering private practice. He’s argued more than 50 jury trails and more than 100 bench trails. A specialist in personal injury law, associate Gordan Westmont has been practicing since 2012. The firm’s most recent hire, Michael Nolt, is new to the practice of law but immensely talented, having finished ninth in his class at DU. The firm is looking to a add a fourth lawyer soon.

With this much experience, the firm has no fear of going to court and never feels outgunned. “Our total commitment is our edge,” Raykin says. “We file a lot of lawsuits in school districts.”

A Commitment to Change

Raykin says, “Here’s where we really are different. We are extraordinarily aggressive in going after school systems. Often attorneys will accept a settlement that just calls for an evaluation of the kid and a little compensatory services and then they move on. They may not file anything. That’s not the way we do things. We are trying to change the way schools handle situations with kids. The only way you can be effective in that is to aggressively go after school districts and deliver consequences for not treating kids right.”

A recent case involved a 7-year-old student who had developed behavior issues as the result of early onset mental health issues. His school failed to evaluate the child even though they were aware of the mental health issues. Eventually, they removed him from school and kept him out for seven months without provisions for his continuing education. Kishinevsky and Raykin sued the district. The school district  settled early and ended up providing compensatory educational services and paying damages.

Kishinevsky and Raykin represents all ages from pre-school to graduate school. They  do a considerable amount of defense work, representing college students who have been accused of inappropriate actions on college campuses. The firm’s work on both sides gives the attorneys a unique insight into really effectively representing all clients.

“My experience in criminal defense work, and the experience we have as a firm in the field, really helps us defend students in Title IX actions. Then, what we learn from defense also helps us in our plaintiff work in Title IX,” says Kishinevsky.

One big challenge the partners have is that a lot of people, including lawyers, just don’t know that there are services like this for kids,” says  Raykin. “Nobody thinks about education law. I didn’t. I didn’t even know there was a field out there. When I tell people I’m an education lawyer there’s always a look of befuddlement. When I explain, I get, ‘Oh, well that makes sense. Thanks a lot for what you do.’”

When I tell people I’m an education lawyer there’s always a look of befuddlement. When I explain, I get, ‘Oh, well that makes sense. Thanks a lot for what you do.’”

Raykin believes that the firm is above all an advocate for those most in need of an advocate. “I really love helping kids who have been wronged by a school district. Kids cannot advocate for themselves. Parents often feel overwhelmed facing these huge institutions with so much power. I really love the fact that we are able to help kids who often can’t help themselves by being a voice for the voiceless.”