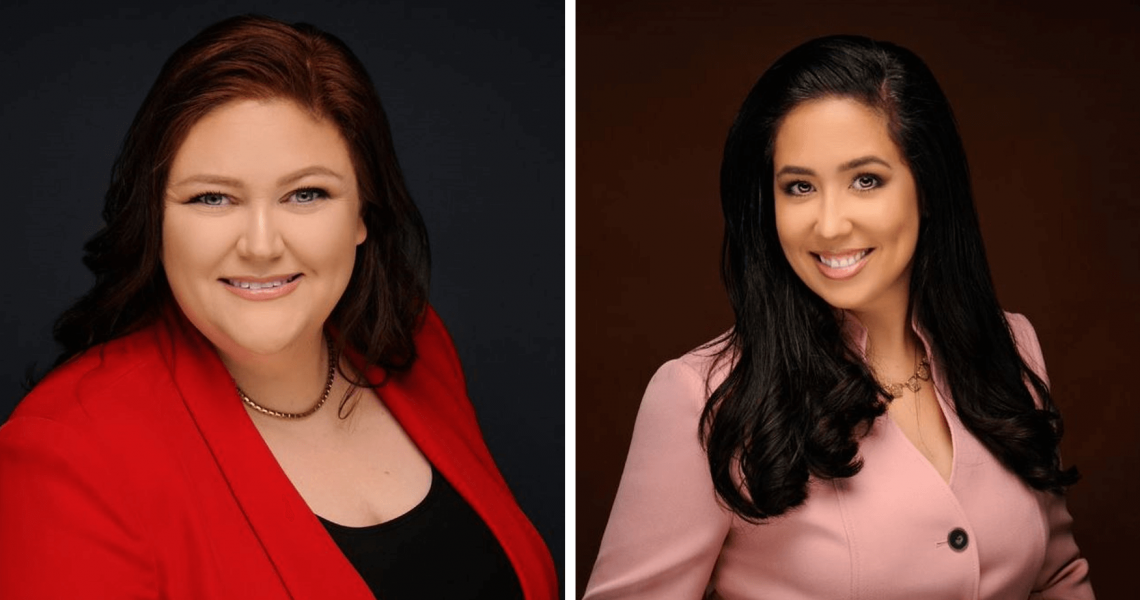 Laura Reich and Clarissa Rodriguez are not your typical lawyers. After all, how many law partners can boast of a friendship that has been almost lifelong? The duo’s connectivity in both friendship and law has resulted in the creation of Reich Rodriguez, serving national and international clients at the most elite level.

Reich and Rodriguez met in Fort Lauderdale where Reich was a year behind Rodriguez at St. Thomas Aquinas High School. Reich explains, “I came in as a freshman and gravitated toward activities like speech and debate, and there was Clarissa. She was a year ahead of me and knew the ropes and was happy to help those of us in the class behind her.” By the time they graduated from St. Thomas, they had each been president of their debate team and were always running in the same circles.

The friends went on to attend the University of Florida and continued to be involved in activities like the Florida Blue Key Speech and Debate Tournament, which initiated Reich into the Gator Guard. After graduation, they briefly parted ways. Reich went directly to law school and then on to work at the international law firm of White & Case LLP while Rodriguez returned to their alma mater.

“I graduated from college and started working as a high school teacher for a few years at St. Thomas Aquinas High School before I went to law school and started practicing law,” Rodriguez says.

The two reconnected more than 10 years ago at an annual conference put on by the International Law Section of The Florida Bar. Both Reich and Rodriguez easily fell back into their old friendship as both had long been interested in international law and related dispute resolution.

“We used to talk about those things even when we were still in high school,” Reich says.

The idea of Reich and Rodriguez working together started out as “shop talk” among a group of female lawyer friends. “We were half-joking and half-meant it,” Rodriguez says.

“Here we are, more than a year later, making it work!” Reich says. “I feel like we’ve survived the trials and tribulations of startup and now we’re enjoying the opportunity to practice law for ourselves and in the areas of practice that we enjoy.”

“Interestingly, only a handful of our repeat clients are local,” Reich says.

“We have a real love for international clients and international work,” Reich continues. The firm’s clientele includes entities and individuals from Mexico, Venezuela, The Caribbean, Canada, Greece, Singapore, as well as across the United States in a wide variety of disputes and dispute resolution forums.

“It’s so interesting to become part of the client’s team, really dig in and learn how our clients operate,” Reich says. “That’s part of the appeal of doing international work. In other countries, businesses are run differently. They have different goals and viewpoints and it’s enjoyable to see the world through your clients’ eyes.”

Together, they also orchestrate a lot of pre-suit work where a matter could go to trial, could go to arbitration, or could be resolved before an action is filed. “You can imagine how hesitant an international client might be to engage in the dispute process in the United States, which to them is a foreign legal system,” Rodriguez explains. “We help them with pre-suit dispute resolution to avoid having to file a lawsuit or be sued in the United States.”

With running their own practice comes the opportunity to explore areas of the law that interest them. For example, Reich and Rodriguez recently had some outstanding success in court as co-counsel in an IP matter for a client in Mexico involving a “cybersquatting” dispute, an area of law they look forward to expanding. Reich has also begun serving as a commercial arbitrator and is growing that part of her practice. With each case, the duo learns more and more that in turn make their services more valuable to future clients.

In another facet of the practice, Rodriguez works in art law and in the resolution of art disputes. Nearly two years ago at a conference, she was introduced to a preeminent California lawyer, Don Burris, who specializes in the restitution of Nazi-looted art. “For me, it was amazing! It was like meeting Indiana Jones,” explains Rodriguez, who has always had an affinity for anthropology, archaeology, art, and history.

After meeting Burris and realizing that he was doing the kind of work she dreamed of doing, Rodriguez made a point to reach out and build a professional relationship with Burris that ultimately turned into a friendship. When Reich Rodriguez was founded, Rodriguez approached Burris about serving as co-counsel to each other’s law firms.

“Don is such an experienced practitioner,” Reich says. “He loves to teach and talk to people who are interested in art law. And Clarissa was eager to learn as much as she could about the area. Don and Clarissa just clicked.”

Although the two are vastly different in their ages and backgrounds, they share a passion for the law of art that has made them kindred spirits, and the two firms work synergistically in a field they both love.

“We look forward to building out our practice of art law in Miami and throughout the region,” says Rodriguez. Anywhere you have wealth, you will have art, and the presence of art inevitably leads to art-law disputes, the duo says.

Together, Reich and Rodriguez fully plan on expanding the firm and their practices in the coming years. Indeed, they look forward to working with talented women and men in the future.

“We are going to make our own way, provide our clients with excellent legal service, and I think we’ll have an awfully good time doing it,” Rodriguez finishes with a smile. “We have something special here, and we’re going to be very successful, no doubt.”