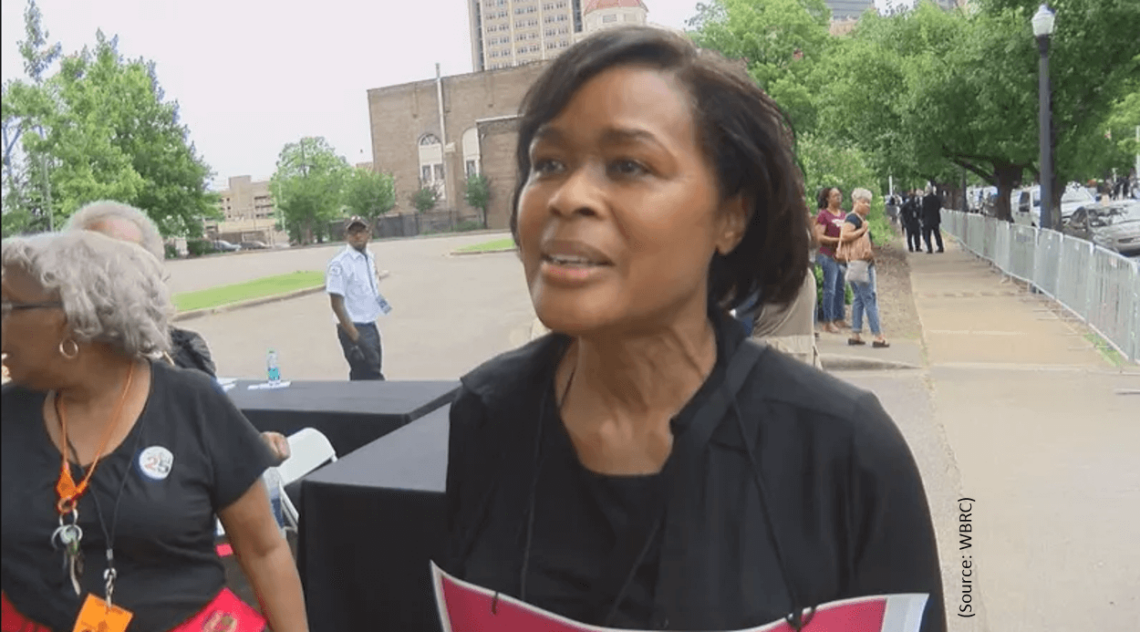 “The first job I had when I began practicing in Alabama was with the legal services program,” says veteran attorney LaVeeda Morgan Battle. “This led to the opportunity to serve in the Clinton administration as one of the 11 members nominated by President Clinton and confirmed by the United States Senate to serve on the Legal Services Corporation Board.”

It’s virtually impossible, within the confines of one short article, to capture the magnitude and significance of Battle’s incredible 40-year career, let alone accurately describe her incredible historical impact. Being female and African-American in the deep South in the 1970s automatically created what for some would seem like insurmountable barriers, but not for Battle. Raised by parents who not only championed education, hard work and determination but epitomized these traits, failure was not a word with which she was familiar. Trailblazing a path that has opened myriad doors of opportunity, Battle quietly, but effectively, paved the way for those who would follow. Simultaneously, her actions, attitude and acceptance of others has taught by example, the benefits of working together regardless of differences in race, creed, color or sex.

“I’m pleased to see how the opportunities have grown for women and people of color in Alabama,” she says. “Because they did not exist at the beginning of my practice. I think once people have the opportunity to see that we can in a very positive and constructive way, work together then a lot of the fear goes away. Typically, that’s what prejudice really is, fear of the unknown.”

“I decided when I was 15 years old that I was going to be a lawyer,” says Battle, “and never changed my mind. I grew up on the outskirts of Chicago, and my family took me to hear Dr. Martin Luther King, Jr. speak in Chicago. The moment that I heard him talk about the Constitution and its importance to our democracy, I just made a decision that I wanted to be a lawyer.

“We didn’t have lawyers in our family,” she adds. “I didn’t even know a lawyer, I’d never seen a black woman lawyer, but somehow I knew how important that would be overall to have a lawyer in the family.”

One of four children, Battle credits her parents for making education a priority. Obviously, theirs was a successful approach as all of the children are extremely successful professionals.

“I think my parents really instilled in us the importance of always being a life learner,” she says. “I think as a result, all four of us are life learners; people always looking to learn something more or different.”

Raised just outside of Chicago, completing her undergraduate studies at Howard University in Washington, D.C. and then attending law school at the University of California School of Law in Davis, Battle had experienced various degrees of racism and social discrimination. For instance, the schools she attended from grammar through high school, were all de facto segregated. However, she had never experienced anything that prepared her for the climate existing in Alabama in the late 1970s.

“It was daunting to say the least,” she says, “because it was such a different experience than I had ever had. I remember, when I first got here, there were places where my husband would go to a window in the back to get food. He knew he wasn’t welcomed in the front. And, there was one club downtown called The Birmingham Downtown Club, that still did not admit African-Americans as members.

“Life is funny though,” she adds with a smile. “Ultimately, I worked at a firm that was directly across the street from this club and I was very glad, after the business had been long closed, to watch them blow that building up to make room for a new more progressive downtown Birmingham.”

With a remarkable career that includes serving under three presidents (Clinton, Bush and as part of the transitional team for Obama) and for two governors Battle has worked at the highest strata of our government as well as with local and state entities. While a significant portion of her career has revolved around government entities, Battle has also worked in the areas of labor and employment, utility consumer representation, and negotiating downtown development contracts, just to name a few. Her current practice includes state and local government, corporate and small business clients.

Impressive though her resume may be, Battle admits that she didn’t necessarily choose her path, rather circumstances made that choice.

“I have loved everything I’ve done throughout my career,” she says, “but to be honest, one reason why my career in Alabama began with legal services, is because there were no integrated firms in Birmingham. Not in those days. The only real opportunities for a woman of color were to be found with the government.”

Beginning with her position as the managing attorney for the Birmingham Area Legal Services in Bessemer, Alabama, Battle was soon appointed an administrative judge of the United States Equal Opportunity Commission (EEOC) in Birmingham. One of two administrative judges, she presided over hearings on countless claims of discrimination based on race, sex, age and disability from civil servants at federal installations in Alabama, Mississippi and Northwest Florida.

Battle drew the spotlight very early in her career when she represented Governor Wallace in the complex $356 million case involving AT&T divestiture of its local operating company then known as South Central Bell. Battle represented the governor in administrative utility rate hearings and appeals to Alabama Supreme Court.

Times were changing, and Battle was earning a stellar reputation. In 1989, she was offered a position with a Birmingham firm where she was soon made a named partner. And, as they say, the rest is history. With awards, honors, positions of power and leadership, Battle has certainly left her mark. Just as she admires and appreciates the men and women who came before her, knocking down walls and clearing the path, today she is revered as a mover and shaker who has helped create positive and powerful change.

When you begin your career so young, one might assume you’ll enjoy an early retirement. That is not to be for Battle, who after 40 years is still going strong and just as passionate as ever about her work.

“I guess one of these days I might have to slow down,” she says with a wry smile, “but that means I’ll have to find some hobbies.”

Downtime for this dynamo primarily centers around her family with frequent calls and visits to her mother, and three daughters. She wants to spend more time with grandchildren who live out of town.

There’s much to be proud of, yet Battle continues to look forward. “I think today we have many doors that have been opened, but there are many doors that still need to be opened in the legal profession. It’s an ongoing process.”