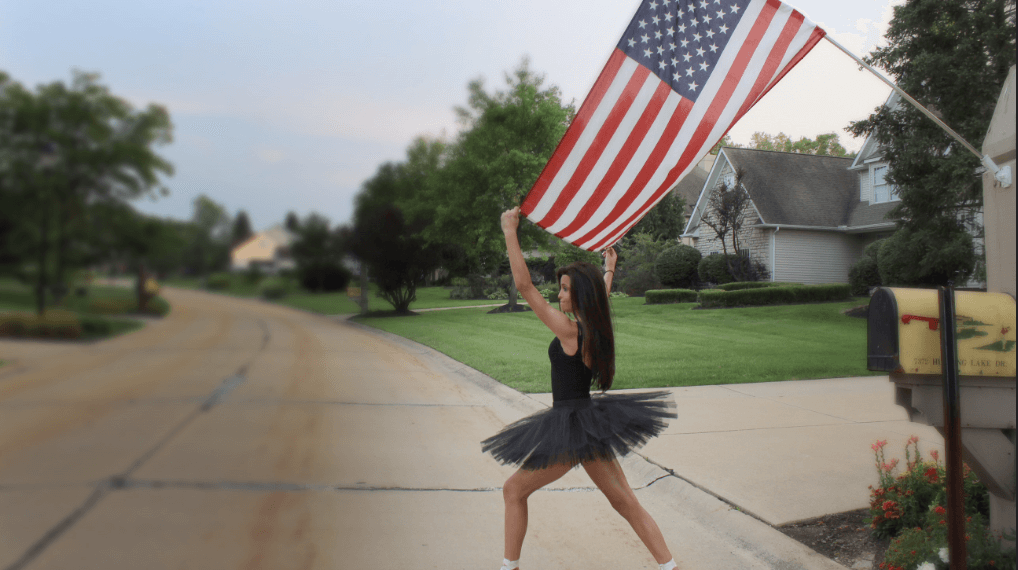 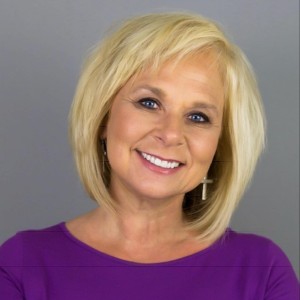 Sunday, July 16, 2006, I woke up with grand plans to spend the day with my husband, Tim, only to be sidelined by an article in the Plain Dealer about children in Iraq that needed multiple surgeries and couldn’t get them because the surgeons were fleeing the country. Teeba was 19 months old when the taxi she was in hit an IED in the road. The explosion killed her 3-year-old brother, Yousef. She was severely burned on her face, head and hands. Front and center in the article was this little 4-year-old girl sitting on her father’s lap with the saddest most compelling eyes. It was as if the room had blacked out around me – all I could focus on were her eyes that clearly spoke to me …help.

I emailed the correspondent in Baghdad and asked him if he would reach out to the family to see if they would allow her to come to the United States for help if I could make all the arrangements. I pressed “send” and then got down to work. After arranging for a commitment to provide her with the wigs she would need, I then set out to secure the medical treatment. I met with Dr. Avroy Fanaroff who at the time was chairman of pediatrics at University Hospitals Rainbow Babies and Children’s Hospital in Cleveland. Dr. Fanaroff said he couldn’t agree to a course of treatment until he met with her, but was willing to do so.

Up went a brick wall – how to navigate through the political quagmire as we were at war in Iraq at that time. I jumped in with both feet firmly planted in mid-air! After six months of trying to get Teeba to the States, and constantly running into obstacles I became increasingly frustrated and irritated.

I remember walking outside to my driveway, looking up at the sky and yelling at God for not helping me. “What good are you?” I raged. “You’re supposed to help me.” As I turned to come back into the house I saw a golf ball marker at my feet. It was definitely not there before. But I picked it up and turned it over – the hair stood up on the back of my neck. It read “God Loves You.” I started to cry; at that exact moment, I knew everything was going to be OK. And through a series of other small miracles, Teeba arrived. One year to the day after I first read about her. July 16, 2007.

When 5-year-old Teeba walked off that plane accompanied by her grandmother, both Tim and I started crying. Exhausted and scared in a country where she didn’t know the language, she somehow felt she could trust us.

Her grandma left after three months to return home. She just couldn’t assimilate here and she was desperate to get back to her village. And so the journey began. We got Teeba enrolled in pre-K at Goddard School where she learned almost perfect English in three months. We got her wigs and had several meetings with Dr. Arun Gosain who as the time, was her plastic surgeon at Rainbow. It was determined that through a procedure called tissue expansion, we could replace the skin on her face.

Tissue expanders – a balloon type device – were placed in her neck, back and stomach over the course of the years to grow her new skin. Each week a saline solution was used via a port to inflate the expanders and stretch her good skin. Once the expanders reached a sufficient size, the burned skin was replaced with the new skin. The process took months and months and the surgeries went on for several hours each time. To date, Teeba has had 19 surgeries. It was a very stressful and difficult time to put it mildly. But she persevered because even at her young age, she could see the results.

It was during that time that we contacted an attorney at Dworken & Bernstein Co. L.P.A. to discuss how to handle legal matters that we knew would ultimately arise from this journey. My husband and I sat down in the conference room with two attorneys and one on the phone. Tim and I kept envisioning an enormous bill at the end of the meeting which took some time. But then as we were preparing, Partner Howard Rabb said the work that would be needed for Teeba would be pro bono. Tim and I looked at each other in disbelief. Sometime later I received a call from Howard asking me if I would help put together an event where there would be a $14 million distribution of unclaimed cy pres funds. My background was in events, marketing and public relations. I readily agreed, but on the condition that my services were pro bono.

The event was a grand success. A short time after I was approached about doing some part-time marketing and public relations for the firm. This would be a new position. I agreed to around 20 hours per week. But in an extremely short period of time it shot up to over 40 including handling their Ohio Lawyers Give Back cy pres initiative for Patrick Perotti in the class action department. It’s been almost 10 years.

Teeba is now 15 years old, a U.S. citizen, an A+ student with a goal of being a pediatric anesthesiologist, a dancer, a writer (placing in the top 1 percent in the state for Power of the Pen) and an accomplished public speaker. And she’s quite excited about getting that temporary driving license this summer.

During these last 10 years, we have never lost contact with her mother and her family who still reside in Iraq. Both parents and her three siblings are from a very dangerous area in Diyala Province. Teeba’s mother and I are as close as sisters. I have a good friend who helps as an interpreter. But somehow we always manage to communicate.

In July 2016, there were some circumstances that prompted us to work on getting her mother and siblings out of the country to see Teeba. They hadn’t seen each other since that day in July 2007 when she left to come to America. The only place we could get them to was Dubai. So off we went to the reunion of a lifetime. It was the best two weeks ever and was extremely emotional for all of us. We hugged and held each other every day, all day. We had so much fun seeing the sites, and with my dear friend Mo who speaks Arabic and who lives in Dubai, our time together was filled with love and laughter.

Recently, Teeba was one of three youth ambassadors for a benefit called “In Their Shoes 5K” held in Alexandria, Virginia that benefits the Iraqi Children’s Foundation. The 5K helps raise funds for Iraq’s most vulnerable – orphans, street children and kids displaced by ISIS. U.S. Military, Gold Star Mothers, ambassadors, and corporations all support the ICF with all of the funds going to the kids. Their website is www.iraqichildren.org.

The other two youth ambassadors were two boys who have been under the care of American families for years. Ala’a was abandoned in the streets of Baghdad at the age of 10 because he had cerebral palsy. Humoody was shot in the face by rebels at the age of 2. We had been in contact with these other families for years, but had never met. Ala’a’s father, a veteran and Wisconsin attorney, and Humoody’s parents from Washington state, all came to the race. It was yet again, a highly charged emotional meeting.

Teeba, Humoody (now 14) and Ala’a (now 22) will be friends forever. Humoody is a wrestler, plays a musical instrument, plays football and can verbally create his own personal band. Ala’a recites Shakespeare and sang “You Raise Me Up” bringing everyone to tears.

Teeba couldn’t have expressed it better in her closing remarks at the ICF event with Ala’a and Humoody. “If I stood up here raising a 20-dollar bill, wouldn’t you want it? Why because it’s a piece of paper? Or is it worth more than that? What if I crumpled it? Is it worth any less? No, because no matter the experiences it endures, it keeps its value. It isn’t any less of a dollar and over the years I learned that I am not any less of a person. It only took my 10 years and 19 surgeries to realize it.” Barbara Marlowe

Barbara Marlowe is the Marketing, Public & Media Relations manager at Dworken & Bernstein Co., L.P.A. She oversees the firm's Ohio Lawyers Give Back initiative working with the non-profit community as well as educating the community on the cy pres doctrine.