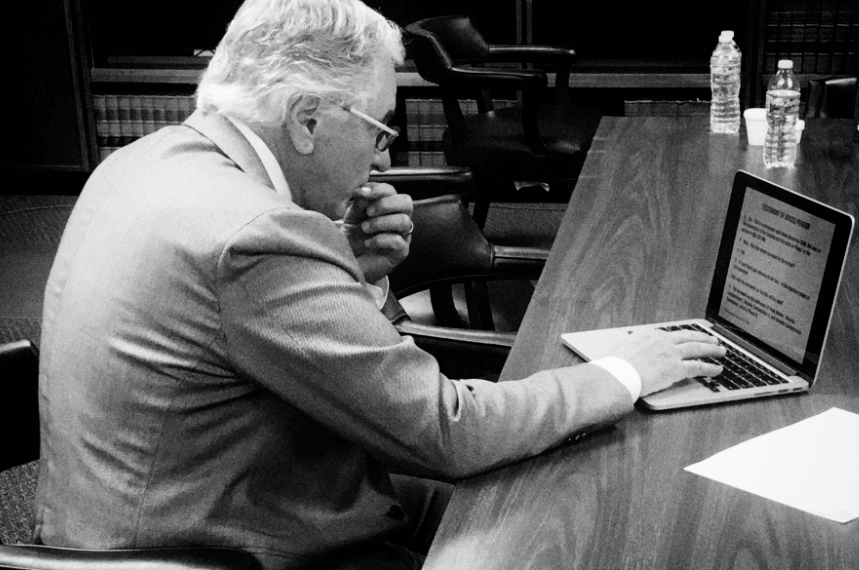 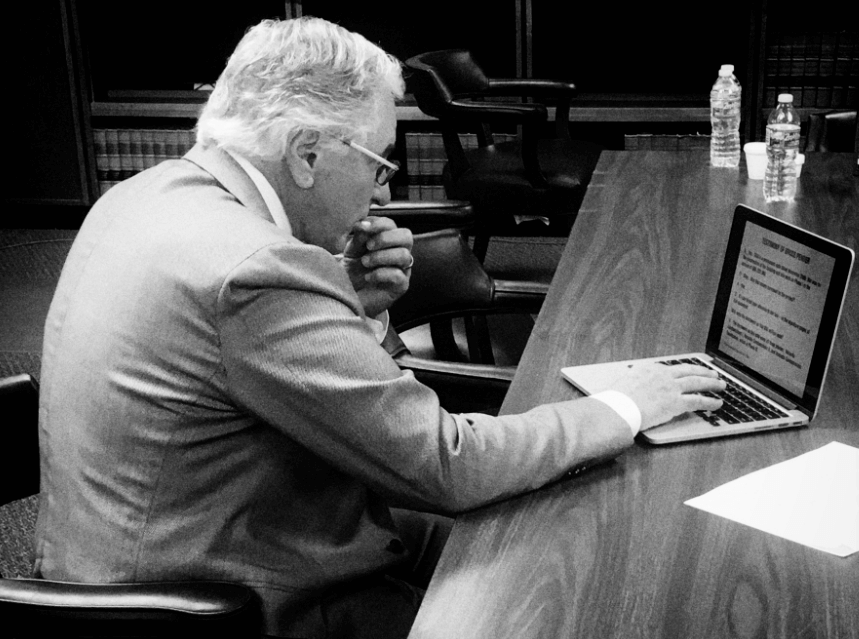 Legal Legend William “Bill” Scherer is no stranger to the spotlight; his reputation and groundbreaking verdicts have made him a celebrity within the Florida legal community virtually since he began practicing. Co-founder of Conrad & Scherer, he has helped grow the firm into one of Florida’s leading law firms expanding its presence with offices in Brevard, North Carolina and Quito, Ecuador.

Frequently featured on major television networks such as CNN, CNBC, MSNBC and FNN, Scherer’s cases and legal accomplishments are equally covered in local and national newspapers.

The litigation contended that the bank disclosed confidential customer purchase information which in turn cost the developers millions of dollars.

The investment group set out in 2005 to build hundreds of luxury residences in Plantation over three phases, beginning with 201 condos, then 181 units and finally 16 townhouses. They claimed the project failed after the bank signed on as the exclusive mortgage lender, but allegedly violated the Uniform Trade Secrets Act by inadvertently disclosing contact information for would-be buyers through an email blast.

“Condo and apartment developers have to be really careful with the list of purchasers and how you communicate with them,” says Scherer.

The Veranda developers were hit with numerous lawsuits from buyers seeking a refund of their deposits and ultimately returned deposits on 80 percent of pre-construction contracts, according to the complaint. Ultimately, the project was crippled with the cancellation of 119 sale contracts.

Scherer initially learned about the situation when the developers came to him for help with the foreclosure on their construction loan.

“I came to the strong conclusion that this was a wonderful project, and would have been a great success,” he says.

Bringing suit against the bank whose employee had leaked confidential buyer information through a series of email blasts, Scherer and his clients finally had their day in court in early March of this year, coincidentally the last case to be held in the old Broward County Courthouse.

“We weren’t greedy,” Scherer continues. “Simplifying it to get the case tried in a week was the right strategy.”

The case, which had been pending in Broward County Circuit Court since 2010, took just four days to present and less than three hours of jury deliberation before awarding the plaintiffs $43.97 million.

“My clients lost every penny and the jury brought back every penny,” Scherer says. “The investors are asking the court to award an additional $40 million in prejudgment interest.”

Scherer, who began his legal career more than four decades ago as a law clerk to the Indiana Supreme Court and the Honorable Charles Fulton, Former Chief of the United States District Court for the South District of Florida, litigated his first case in the same courthouse as the Veranda suit.

“Ten years ago, I was co-counsel in what was then the largest verdict in Broward history in a civil case, in that very courtroom,” he says.

With the new courthouse completed right next door, the old building will soon be only a memory. In another unexpected coincidence, Scherer’s son, John, owner of Alpha Demolition will be overseeing its demise.

But the connection to the old courthouse doesn’t end there. “When I first began practicing law in Fort Lauderdale in 1975, I tried a jury trial in that courtroom before Judge Jose Gonzalez, who went on to the Federal Bench before he retired,” Scherer says. “So, I’ve got a lot of history in that courtroom.”

As if to complete this poetic symmetry, Scherer also tried the very first case in the new courthouse. “I was supportive of building the new courthouse for years,” he says, “so, in a way I guess it was symbolic.”

In addition to his litigation practice, Scherer has also served as counsel to various government entities including general counsel to the North Broward Hospital District. One of the largest public health care providers in the nation, the hospital district includes four hospitals and nine specialized treatment centers. In his role as general counsel, Scherer supervised teams of legal experts in health care and medical malpractice law and was responsible for all trials and legal actions taken by or against this entity.

In 2000, Scherer successfully represented then Presidential Candidate George W. Bush in the controversial “hanging chad” legal dispute that played out in south Florida, leading a team of lawyers and personally representing Bush in the recount in Broward County. More recently, Scherer and his legal team represented victims of the infamous multibillion-dollar Ponzi scheme orchestrated by Scott Rothstein. Described in local and national media outlets as a “huge victory” and “landmark” lawsuit, Scherer’s litigation team recovered hundreds of millions for the victims.

In 2000, Scherer was appointed by Gov. Jeb Bush as interim general counsel and special counsel for Florida’s Department of Business and Professional Regulation. Scherer and his partner Albert L. Frevola have also served as city attorneys for the city of Miramar.